If you want to get spooky without sacrificing your sense of style this Halloween, here are some more subtle tricks and treats to wear. 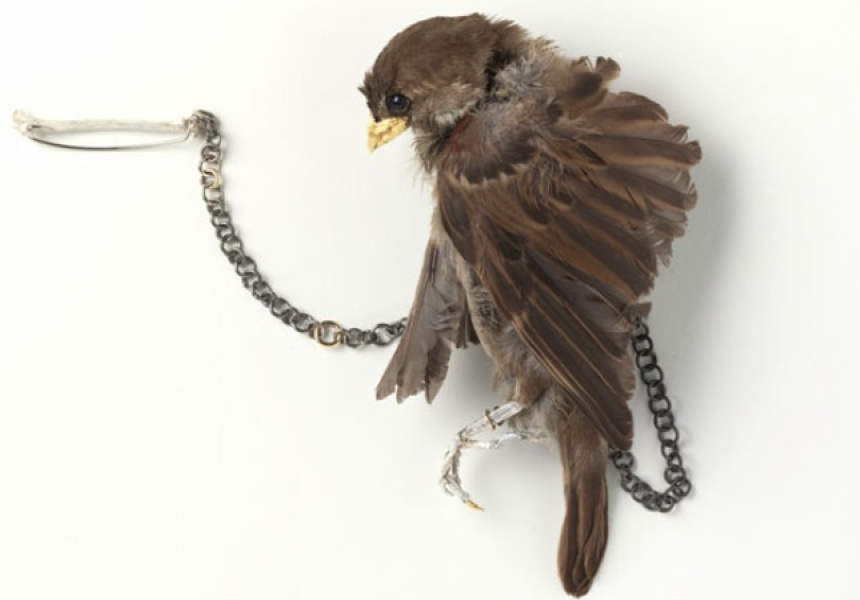 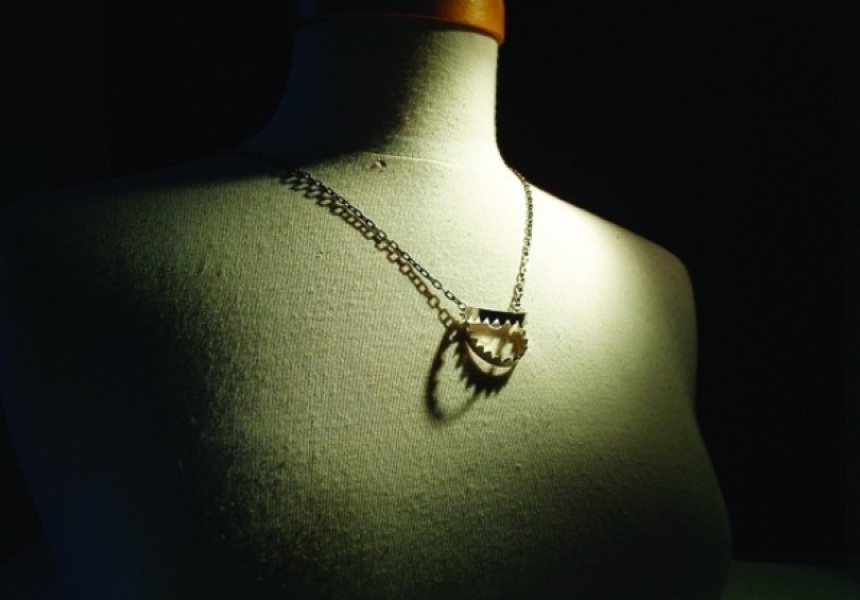 It’s the favourite holiday of children, Americans and those who like to dress up, but if perhaps in Melbourne you are none of these this Halloween, and you want to get spooky without sacrificing your sense of style, here are some more subtle tricks and treats to wear.

Skip the fake blood and the plastic fangs and go for something that adds just a hint of macabre; a delicately curled bird claw pin, a silver locket that opens to reveal a death’s head, or a doll’s head strung on a rope around your neck.

It seems that jewellers in Melbourne have a natural affinity with a gothic aesthetic. There’s taxidermy queen Julia deVille, whose often eerie and always beautiful work references Victorian mourning jewellery and funereal tropes. There are oxidised silver bones hanging from fob chains, cufflinks in the shape of stillborn mice and chatelaine brooches featuring the outstretched wings of birds. deVille’s work is not for the faint-hearted – it takes someone with sartorial balls to pin a taxidermy mouse head to their lapel.

If actual dead things are too spooky for you, may we recommend This Charming Man. The label’s latest collection reflects on positive and negative, nature and the machine, and features Halloween-perfect skull motifs. The (charming) man behind the label is Ed Janssen, who works as a silversmith for Tiffany & Co when he’s not putting bear traps on necklaces for his own designs.

“The old Cobb & Co parking garage on Little Londsdale Street is freaking scary at night,” says Janssen of the best place to spend Halloween in Melbourne. “There was a massacre there three years ago. After that, to Hell’s Kitchen for a stiff gin and tonic to calm the nerves.” And while we can’t attest to the truth of the massacre, we are definitely on board with Janssen’s choice of tipple.

“I think it would be wonderful to spend Halloween in Melbourne’s Carlton Cemetery,” says Alpha 60 designer, Georgie Cleary. “It would be spooky and you never know what might happen.” When Alpha 60 showed at LMFF back in April last year, they decked out their models in statement necklaces featuring porcelain doll’s heads. The white-faced, blank-eyed craniums were made especially for the label, but the inspiration behind the range resonates with macabre appeal. “I also make jewellery out of antique German doll heads that were made pre-war,” Cleary explains. “During the war, the factories were destroyed and the heads have recently been dug out of the ground.” Sling one of those babies around your neck before you go out trick or treating this weekend.