In the lead-up to his first L’Oreal Melbourne Fashion Festival as creative director, we had a chat to Grant Pearce about the festival’s new direction. He's now on the home stretch of his first LMFF. 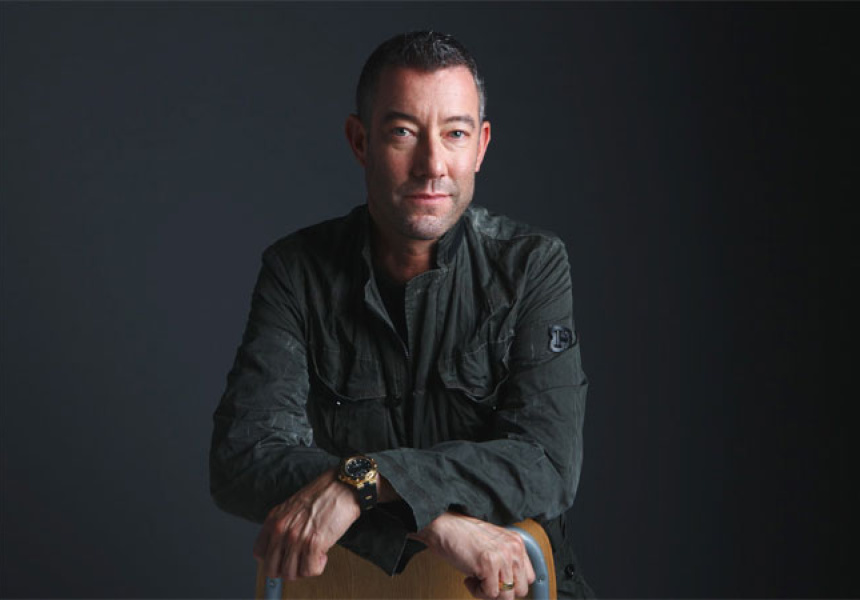 “There really is no need for fashion,” Grant Pearce says, sitting back in his chair with a tie and knot that suggests otherwise. Let’s be honest though: I had just him asked about his reputation for ‘being real’ and having a laugh, and without a pause this is what he responded with.

I have been used to wrestling with the idea of fashion for years, but never in a million years did I expect to hear it from a GQ editor and the brand new L’Oreal Melbourne Fashion Festival creative director. But just knowing that he knows is very comforting.

“We don’t need to change our clothes each season, but we do and we want to,” he says. The point is, despite all of fashion’s superficialities and its reputation we enjoy what it can do for us, that it can make us feel special, more confident, in charge and part of something. Plus, if it didn’t “we’d be out of a job” he finishes. Grant Pearce is not quite a breathe of fresh air; he’s, well, a bit too experienced for that. But there is definitely something pretty special and honest about Pearce, and in an industry with a reputation like fashion’s this is pretty refreshing and maybe even a little surprising.

But it’s this touch that has helped ensured Grant’s impressive international successes. That he won’t immediately declare everything “fabulous” is due his forthright honesty, even as he comfortably illustrates the festival’s increased consumer focus – a focus some fashion elites might associate with mediocrity. “We’re celebrating fashion for the people,” he explains, and by doing so involving more people with the festival.

The winner of this Best Emerging Designer category will be showing alongside the other finalists. It’s a prestigious prize, with exposure from Vogue and a trip to any major fashion industry-level event around the world. And this is where Pearce hits his stride and where this idea of commercialism and a broader focus begins to pay dividends.

It’s why Melissa George was chosen as the face of the festival – the first time there has been a celebrity: “so the festival has a face, not just a model”. It’s smart and savvy and another subtle way of increasing awareness. But Grant’s real, if not underlying, mission is to introduce more people to more (and better) design – to the avant-garde, to the new and adventurous, to the established and the cool – and by doing so get more people involved in the industry in a positive way. And even as the words pass Grant’s lips it feels more than just lip service; it feels like he truly believes it, because otherwise we would be out of a job.

There may be a hint of ‘dress up and pretend we’re Carine Roitfeld or Anna Dello Russo’ with this direction, but Grant’s self-assuredness suggests Australian fashion may be coming to the people but it’s not watered down for a mainstream palate.

Fashion is fun and it should never be forgotten; the fashion festival allows us to fulfil our fashion dreams for one week of the year, leaving us with just enough eager anticipation for the next one.