Some pretty stellar designers have been nominated for the L’Oreal Melbourne Fashion Festival Designer Award. 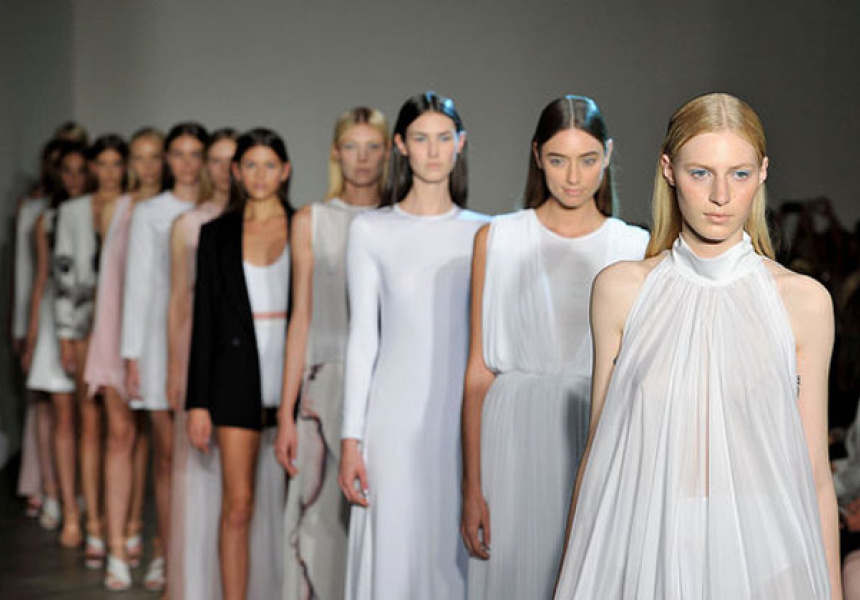 The LMFF National Designer Award is one of the country’s most prestigious fashion awards, giving a leg up to designers in their first five years of business. It’s also a pretty daunting prospect for those nominated, given that previous winners have gone on to become some of the biggest names in the Australian fashion industry. We’re talking Toni Maticevski, Josh Goot and Romance Was Born.

The nominations for this year’s award were announced last week, and we think it’s safe to say this bunch can live up to the expectations set by their predecessors.

Christopher Esber is just the latest ‘next big thing’ lauded by the hyperbole-loving local press, but in his case, the hype is well deserved. His minimalist, fabric and detail focused designs have those who appreciate quiet design in a bit of a tizz. Michael Lo Sordo has become known for his digital prints and impeccable tailoring and has already had a killer start to the year, taking out a Qantas Spirit of Youth Award. Malaysian born, Melbourne based Lui Hon won legions of fans with his stint on Project Runway Australia, but has proved reality television doesn’t always kill careers with collections that are sometimes conceptual, always beautiful.

Melbourne ladies Nyssa Marrow and Kerry Findow are the brains behind Above, a label taking a structural approach to basics. We’re also pretty big fans of Sydney-based Magdalena Valevska, whose impeccable pedigree and killer show at last year’s Rosemont Australian Fashion Week have made her one to watch.

Which of these five labels will take out the top honours, with a cash prize, business support and pop-up store at Westfield Doncaster, remains to be seen. The winner is announced on March 9.