Kit Willow shows her new collection on film with an first class team and a puma on set. 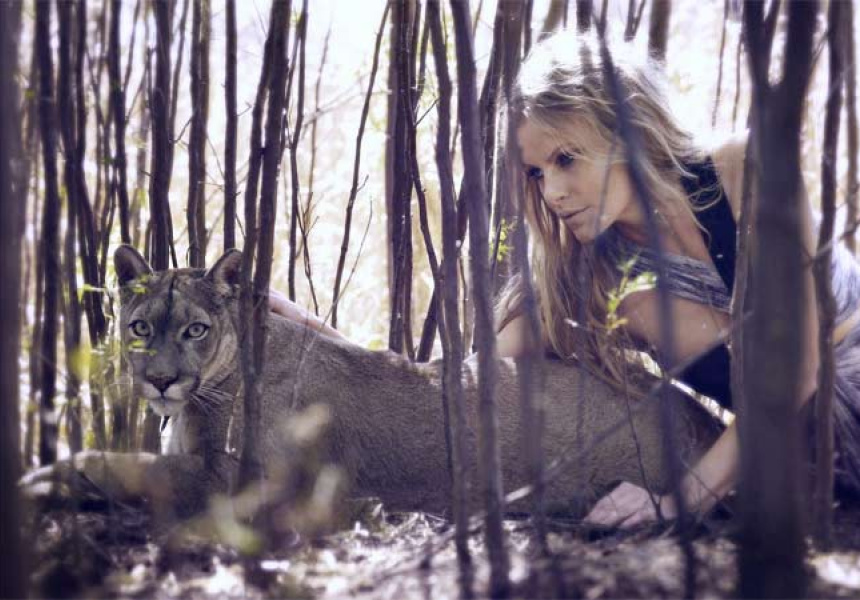 With her second child due any moment now, Melbourne-born designer Kit Willow, has taken a pregnant pause from showing at the current spring/summer 11 runway season. Instead she has released the short film, Lady into Cat.

“The film is an artistic expression highlighting the inspiration behind the new collection,” says Willow.

“It’s an alternative way to launch the collection, but it was also a wonderful opportunity to create an inspiring moving image.”

The team involved in this production is somewhat of a triple threat with gun fashion photographer Sharif Hamza shooting the film, French Vogue Editor Melanie Huyhn styling and 90’s-comeback-supermodel Emma Balfour starring in the piece.

In Lady into Cat, Balfour stalks and then connects with a puma in two outfits that are emblematic of Willow’s newest collection that has the wild and sensual urban warrior at its heart. The rest of the range continues Willow’s exploration in the draping of silk tulle and also dabbles in digital prints created from enlarged images of human hair and animal fur.

Unlike a runway show that is only experienced by a select few, Lady into Cat successfully brings Willow’s newest collection to the masses. Which begs the question – will video kill the runway show?