Kuwaii’s Winter Collection ‘In Spirit I Was Always Here’

Melbourne designer Kristy Barber delves into a dream-like state for Kuwaii’s whimsical winter collection, ‘In Spirit I Was Always Here.’ 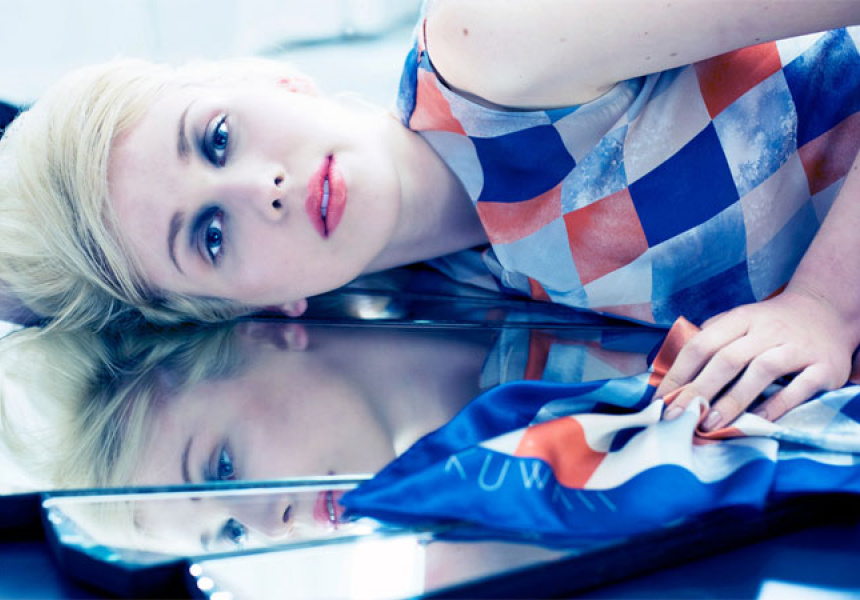 “It's hauntingly beautiful,” observes Kristy Barber, referring to the works of Belarusian French artist Marc Chagall, which played as the counterpoint for Kuwaii’s winter collection. Chagall, like many artists, sought to portray the world in a dream-like state, creating images that encompassed elements of fantasy, nostalgia, innocence and whimsy. Inspired by his work, Kristy set out to channel these elements into her designs, resulting in the collection ‘In Spirit I Was Always Here’.

“‘In Spirit I Was Always Here’ is the opening line of an incredibly poetic and moving speech given by Marc Chagall when he retuned to his homeland, Russia.”

Much like Chagall’s speech and his work in general, there is a great deal of emotion and imagination in Kristy’s work. Since launching Kuwaii in March 2007, when she was awarded Student Designer of the Year at L'Oréal Melbourne Fashion Festival (LMFF), Kristy has developed into a designer who fuses quirky magic with minimalism. From the unexpected shoulder cut-out details in a royal blue blouse to the painterly sky image combined with coloured checkerboard print, there is a sophistication yet innocence in her work that situates her design style somewhere between a dreamer and a realist.

“I think the collections show a certain softness. A femininity, but a classic kind of femininity. The Kuwaii pieces themselves often feature elements of movability or transformation – they can be worn in several different ways.”

Her unique form of complicated minimalism recently led her to New York where she took time off between Kuwaii’s seasons to do a stint at famed designer Phillip Lim’s studio. “It was an incredible experience that I think has instilled further the sense of luxury into Kuwaii – striving further for impeccable fabrics, fit and workmanship.”

Luxury fabrics, and fabric manipulation in particular, is at the heart of the label. Kristy selects fabrics by their weight, feel and quality, ensuring that Kuwaii garments not only feel luxurious but are tough enough to wear everyday.

“Although I try to use natural fibres where possible, it's not always practical, so I've been loving the drape and beautiful textures of Tencel and Cupro recently,” she admits. “They also have an amazing feel against the body, and are super luxurious to wear.”

Luxurious is right. Amongst the collection’s boxy silhouettes, pleated pants, bold tones and delicately draped dresses, the winter coats – namely the red cape and blanket trench styles – are a particular stand out. Wrap yourself up in one of these cosy numbers and you’ll be smiling all winter. This is also the first season that Kuwaii has added shoes to the repertoire, a dream of Kristy’s that came to fruition thanks to a serendipitous run in with a Melbourne-based shoe manufacturer.

“I've always wanted Kuwaii to be a lifestyle brand, incorporating accessories and eventually even soft furnishings, while still keeping my integrity with producing everything in Australia and to super high standards.” A fantasy that, unlike Chagall’s paintings, will no doubt become a reality.