Ahead of the opening of her second store, we chat to the Melbourne label’s designer Kristy Barber about her leap of faith. 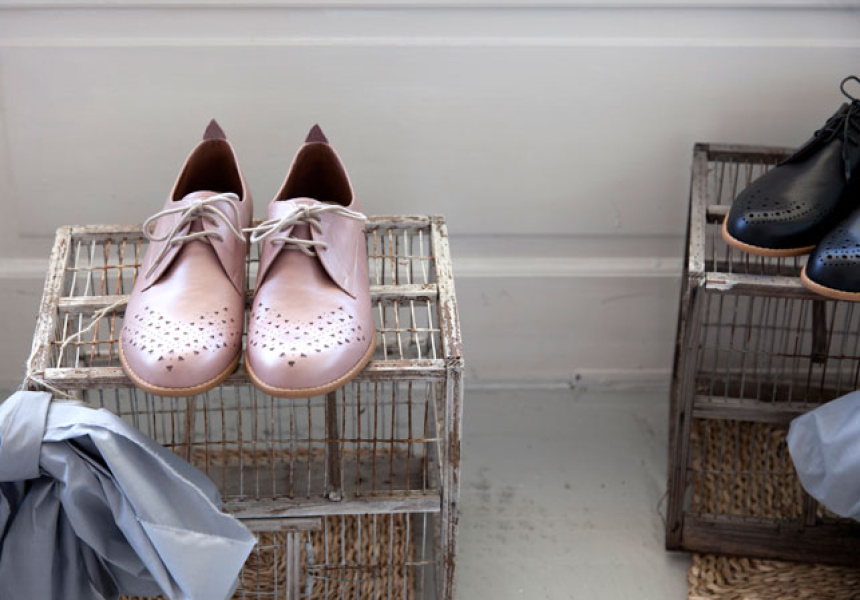 Shaking hands with Kuwaii designer Kristy Barber in the space that will be the label’s second boutique is a messy business. A puff of warm white paint, which is also the signature colour of Kuwaii’s first store in Brunswick, settles upon both of us. Painting the store herself, Barber is hands-on, to say the least. “I’m probably a little bit too invested,” she says laughing.

The space, next to where the dearly and recently-departed Alice Euphemia used to be, is on the ground floor of the CBD’s Nicholas Building in Cathedral Arcade.

The well-known hub has long been a beacon for those scouring for fresh, young, Australian-made designs. “I guess we’re carrying the torch for Alice,” says Barber. “We did really well in there, they were one of our biggest stockists, so that’s another reason why this store just seemed like good timing. With them closing down we lost a massive presence in the city.”

In the wake of many established boutiques in Australia closing their doors (Collette Dinnigan and NOM*d are another two to add to the list) opening a second store for a particularly niche and relatively new label may appear risky. “I guess it just came to that point where we had to take matters into our own hands. Even though the timing is a bit scary, and things are very dicey, I think we’ve just got to take a leap of faith,” she says. “But the business is going really well for us, so this is a really good step. It’s carefully considered as well.”

As is the new interior for the shop. Barber is transforming the space into one of airy brightness – a soft, silvery grey covers the floor and highlights of soft pink will also feature. The counter, from the ’60s, is being refinished in a nod to Kuwaii’s classic but modern aesthetic. Help also comes from other Nicholas Building residents, such as Imogen Pullar of Nest Architects and jeweller Anna Varendorff, who is making the brass installations. And they aren’t the only residents happy about the impending opening. “So many people [from the building] have popped in and said, ‘thank goodness it’s you coming in here’.”

Kuwaii’s second store at the Cathedral Arcade on the corner of Flinders Lane and Swanston St opens on August 1. To see more of Kuwaii, head to kuwaii.com.au.