Recently in town to launch her new book, we chat to former Vogue editor Kirstie Clements about the thrills of heading up a fashion magazine in Australia. “I think everybody thought, because of the way that I was dismissed – the great drama of it all – that I was going to write this vengeful expose,” says Kirstie Clements of her recently released book, The Vogue Factor, a memoir of her wonder years at Vogue Australia, climbing the ladder from the switchboard and moving up the ranks to the prized role of editor over a 25-year career.

Coinciding with L’Oreal Melbourne Fashion Festival, Clements was in town to present the book at several events, including an official launch at Nellie Castan Gallery, a book signing at Dymocks and a “rant” at The Wheeler Centre.

“I haven’t quite figured out what I’m going to rant about yet,” she says, thinking out aloud. “I could probably just read a chapter, maybe the skinny models thing,” she adds, flicking through the chapters of the book in her head. A cathartic experience for Clements, the book is far from a vengeful tell-all tale laced with bitterness. And though she touches on her famous final day in the first few pages, the book is largely made up of insights and anecdotes on the absurdities and chaos of the fashion magazine industry.

Today, Clements reels off a list of things she’s doing – bars and parties she’s attending while in Melbourne for LMFF. Clearly, she still moves with some of the fashion set despite her sudden exit from the magazine offices in May 2012.

She’s relaxed and friendly, with a motherly feeling about her. She sits back comfortably in the hotel foyer lounge, wearing a printed silk blouse and black slacks, a signature Prada handbag sitting beside her. It’s a polished and professional look and, sure, it’s no Anna Dello Russo (Vogue Japan), but perhaps that isn’t such a bad thing (Clements is in her forties). Though she appreciates it, she was never one for loud, outrageous designer couture. In her book, she divulges that she prefers a blouse, trousers and a trench coat. Though this perhaps was the cause of collegial whispers during her editorship that she was ‘The Devil Wears Witchery or Country Road’ and never quite flash enough for Vogue.

A girl from Sydney’s beaches in the Sutherland Shire, Clements transported herself into a world of celebrities, fabulous lunches, exotic trips and incredible fashion. As her book retells: “One minute you are in a drab office in downtown Sydney being pummelled from every direction and asked to cut costs, reduce staff, increase circulation, improve marketing, innovate artistically, stop the use of skinny models, send an anti-fur message, maintain modern morality, solve the problem of how to monetise new media, meet every client request, and work out what the weather might be next Thursday…the next minute you are on an international stage,” whether it be lunching in Monte Carlo for a perfume launch, schmoozing with Robert Redford in a hotel lobby or sitting front row at the Paris Runway shows.

As she talks of her time at Vogue with fond memories, Clements seems liberated from over 25 years in magazine publishing. Holding the reins as the editor of any publication for 13 years is impressive, particularly one built on the foundations of commerce, luxury and prestige. But as Clements can confirm, helming Vogue is not an easy gig and the pace is fast and unforgiving.

“If you look at it with those advertising pressures, and the dwindling of magazines and print, and the digital onslaught, it’s changed a lot…it’s become a Rubik’s Cube of just trying to please everybody. “PR and marketing is such a huge industry now, I mean, it didn’t exist [before]… If you look at magazines that have got overseas mastheads, there is the pressure to lift material because it’s cost effective.” This “lifting” of material, as she puts it, refers to the trade or purchase of content from another magazine in order to save budgets and meet commitments outside of editorial. Gone are the days where an editor is given free reign to forge creative editorial.

“You just see it more and more today in magazines. I don’t think any editor particularly wants to – it’s just out of constraints.”

During her high-flying career at Vogue, Clements rubbed shoulders with the likes of Karl Lagerfeld, Kylie Minogue, Cate Blanchett, Princess Mary, Naomi Campbell and many more. She also made it to the final cut of Zoolander (check the scene where Hansel wins an award for best model), partied with Oscar de la Renta, flew on private jets to lavish functions, was on the judging panel of Australia’s Next Top Model and was made into a Barbie Doll (the first and only Australian Barbie ever produced).

It wasn’t always the case, but Clements says that since she left the magazine over a year ago, she only consumes things digitally, a vast change from her Vogue desk, which was often strewn with magazines and newsletters. “Now I just spend two hours in the morning in bed on twitter. I pretty much get everything via twitter, all my news feeds. I don’t read fashion magazines anymore.”

With digital media faster and sharper than ever before, it’s an interesting time for the magazine publishing world. With international publications like The Guardian and Elle coming to Australia, Clements agrees that it will be interesting to see if we hear a new voice in fashion coverage.

And as for her, after focussing on one brand for so long, the now self-described “veteran” of the industry is turning her attention to more various projects inside and outside of publishing, consulting for brands such as Napoleon Perdis as well as writing for publications such as Women’s Weekly and Marie Claire. “When I left, people asked me if I would start my own magazine…[but] I feel like my whole life’s been plotted out in four week bursts,” she says, smiling. “I’ve been on deadline for 27 years!“

The Vogue Factor is published by Melbourne University Press and is available at most good bookstores. 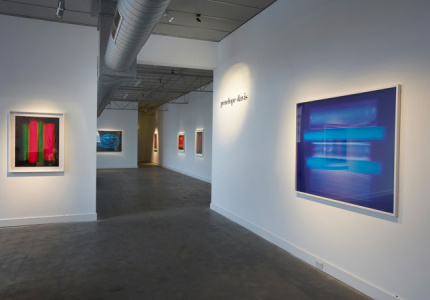