The Incu Empire Expands With a Reworked QV Space

Look inside the bigger and sleeker new space. 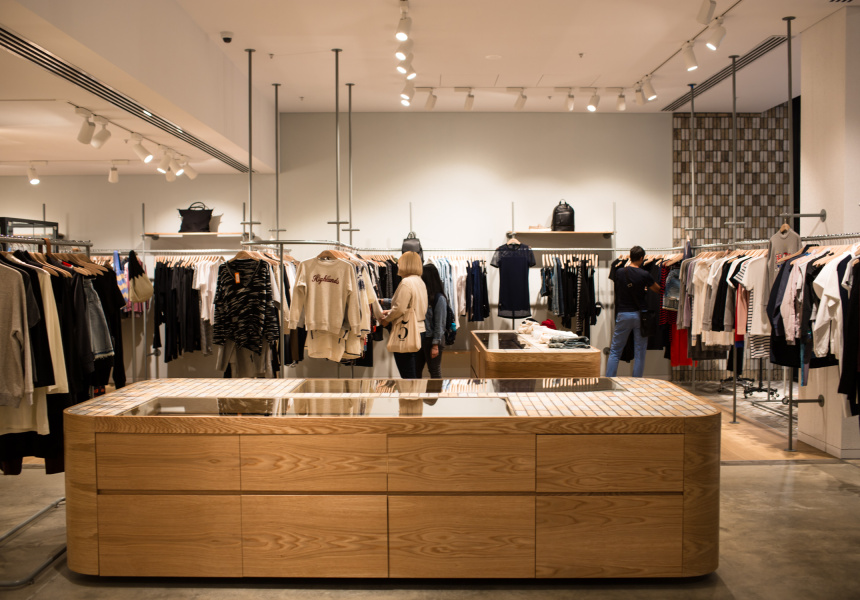 Twins Brian and Vincent Wu are the brains (or brain, because they “basically share one”, according to Vincent) behind Australian fashion retailer, Incu.

But the brothers are more than shopkeepers. They’re also growing their own independent label, Vanishing Elephant. And their Incu Presents project allows them to host designers and artists in their storefront windows.

Established in 2002, Incu now represents more than 100 local and international brands. It has seven free-standing stores in Sydney and Melbourne. The QV site opened five years ago as Incu’s first dedicated womenswear store in Victoria. Now it’s had a facelift.

The Wu brothers have taken over the two spaces next door to expand the boutique into a 330-square-metre space. And it’s newly unisex. “The challenge is in making it inviting for both [sexes],” says Brian.

So how do you do that? The Wus enlisted architect Kelvin Ho of Akin Creative to refurbish the site with an Australian design aesthetic.

“Australians are just a little bit more laid-back – you take that for granted until you go overseas,” says Vincent. “It’s about earthy colours, terracotta tiles; creating a space that’s open and inviting and warm.”