Nazario Parisi has come full circle. He and his four sons are selling beautiful Italian knitwear, shirts and ties in an airy Fitzroy studio, which served as his office in the ’80s. 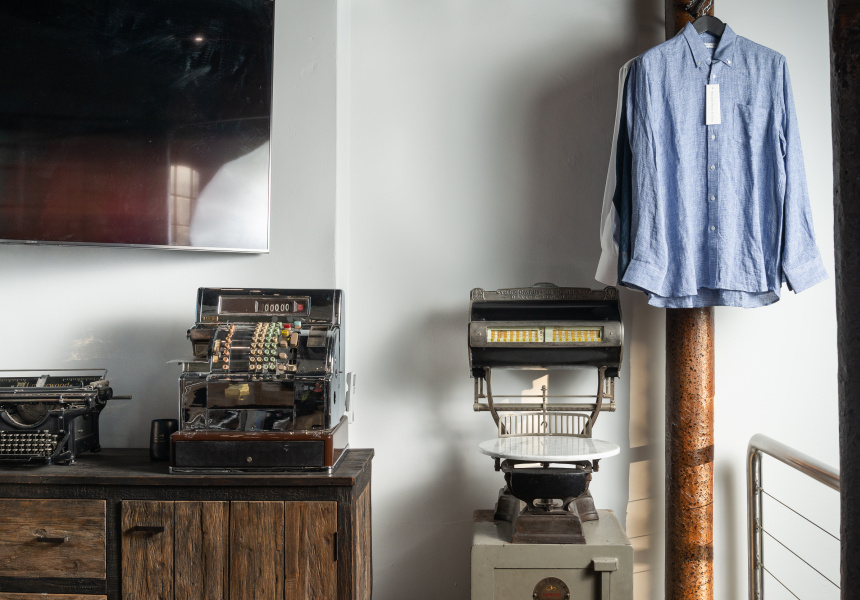 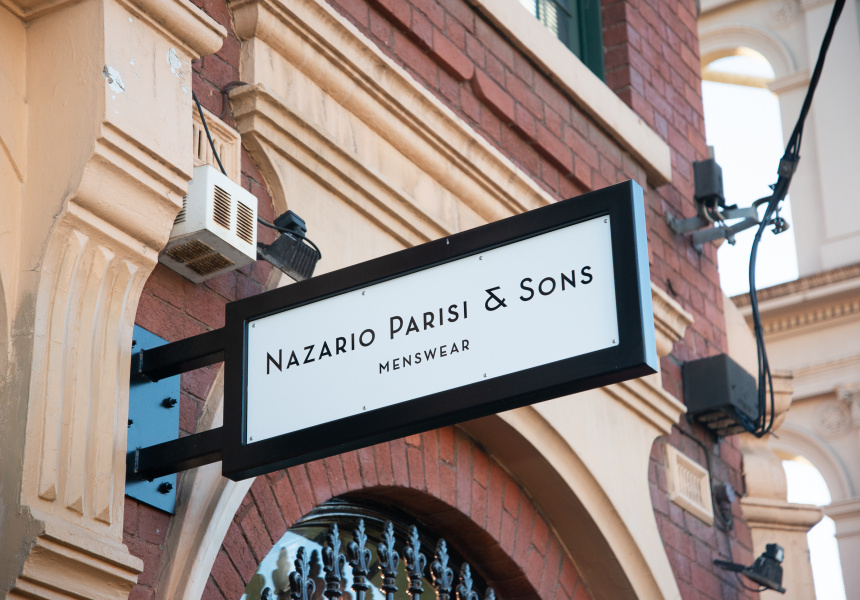 “If I had my life over again, I wouldn’t change a thing.”

Nazario Parisi is seated on a brown leather couch, sun streaming in through the Victorian factory-style steel casement windows behind him, as he surveys his first-floor family-run menswear studio in Fitzroy.

Parisi has come full circle back to this building. After starting a knitwear business from his mother’s garage in Preston in the ’70s – with only a car to his name – he went on to buy the late-1800s-built building on the corner of Smith and Hodgson streets in 1980. He used it as an office and then opened several retail stores, before closing everything up in the early 2000s when cheaper imported clothing was taking hold.

Parisi was 13 when he came to Australia with his family from Puglia in Italy, and spoke no English. The youngest of 10 children, he went to school for six months on arrival in Melbourne, but once he turned 14, he had to get to work. He started his working life as a signwriter. “I just love being creative. I love sketching. I just find it fascinating. Creating things is a beautiful thing,” he says. He then got a sales job with denim label Sterling, followed by suit maker Sackville.

“In 1976, I said to myself, ‘Why work for people? I just want to work on my own’.” He went to Yarra Falls on Johnston Street, one of the biggest makers of yarn in Australia at the time, and told them he wanted to start a knitwear business. “They said, ‘Fine, how are you going to pay us?’ I told them that it was very simple: I had a contact who was going to make the knitwear and that we would make it, sell it to the shops and then I’d pay them. The guy told me it wasn’t that easy. But I said it was my only option.”

Parisi went to the knitwear makers with four of his own designs, and ended up selling 3000 garments. Then he made another range and sold, he says, 20,000. It took off.

“In the early ’80s, I made a pale-pink jumper,” Parisi explains. “A woman from the [Herald] Sun asked, ‘Why pink?’ I said, ‘It’s a beautiful colour and looks fantastic on men, but the trouble is that an Australian male thinks he is a macho and he won’t wear it’. I got crucified because of that story. But within a week, I had orders, and for the next 12 months I was producing pink jumpers. Everyone wanted one.”

As the years went on, Parisi branched out into suits, shirts and ties, and in the same way as his knitwear, designed each piece himself and sub-contracted the manufacturing. The fabric and yarn came from Italy, but it was all made here. “How did I know how to design? You have to be born with it,” he says, boldly. “People go to school to learn things, and you can learn to be a doctor or a dentist. You can’t learn to be a designer unless you’ve got it. School shows you how to make patterns, but that doesn’t make the idea.”

The business went from strength to strength in the ’80s and ’90s and at its height, Parisi had 10 retail stores. Among them were locations on Chapel Street and Bridge Road, and at Chadstone Shopping Centre. “It was a lot of fun, but when we got to 1999, things got tough financially. People started buying imports because they were cheaper. By the time I got to 2005, I decided I was getting a bit old and gave it away.”

Then came 2018 and Parisi’s 70th birthday in Puglia. The eldest of his four sons, Matt, had grown up enjoying his father’s flair for fashion and, while living in London and Italy, had been cultivating some ideas of his own. After a few celebratory rounds of limoncello, Matt and his brothers suggested reviving the business. For Matt, “It was a throwaway line … and then it gained traction”. For Parisi, “I told the boys they were crazy , but they really wanted to do it. I was a little bit bored, so I thought, ‘Why not?’”

The whole family is involved. Parisi’s wife Mergay took over the interior design and re-fit of the studio. “She’s got a good eye,” Parisi says. Matt runs the administrative side of things, as well as being on site at the studio to help clients. Daniel has a full-time role running the social media and contributing to designs, Lewis set up the website and helps with stock control, and Lawrence is still at uni, but is also involved.

The boys have the ideas and make the choices and Parisi helps with manufacturing. “I still think it’s a fascinating industry,” he says. “I like getting back into it again. We have the challenge of my old school versus the new school of my sons. Now I listen to them.”

Matt is particularly passionate about the concept of treating their clients like family. “When they come into the studio, they feel at ease and know that we are there to guide and help them look their best,” he says. For Matt, the fashion scene has changed dramatically over the past 20 years, and he still sees room for improvement. He says that, particularly in the current climate where people are spending more time between home and work, there is a need for a hybrid smart-causal style. “Very much what they would call in Italian ‘la sprezzatura’, effortless style; comfortable but elegant.”

The knitwear is made from 100 per cent Australian merino wool, which is sheared and sent to Italy to be treated, then returned to Australia to be crafted. Shirts are made by a Japanese company in China with Italian fabric and mother-of-pearl buttons, in accordance with Parisi’s designs. Ties are 100 per cent silk and made in Italy. 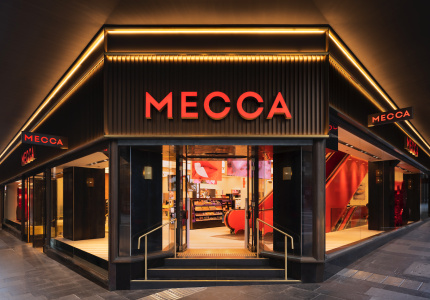