Hail to the Thief

Roy Christou thinks the rag trade is run by a pack of thieves. No, really. But there’s nowhere he’d rather be. Now he’s returning to where it all started on Chapel Street with his second store, Honor Among Thieves. 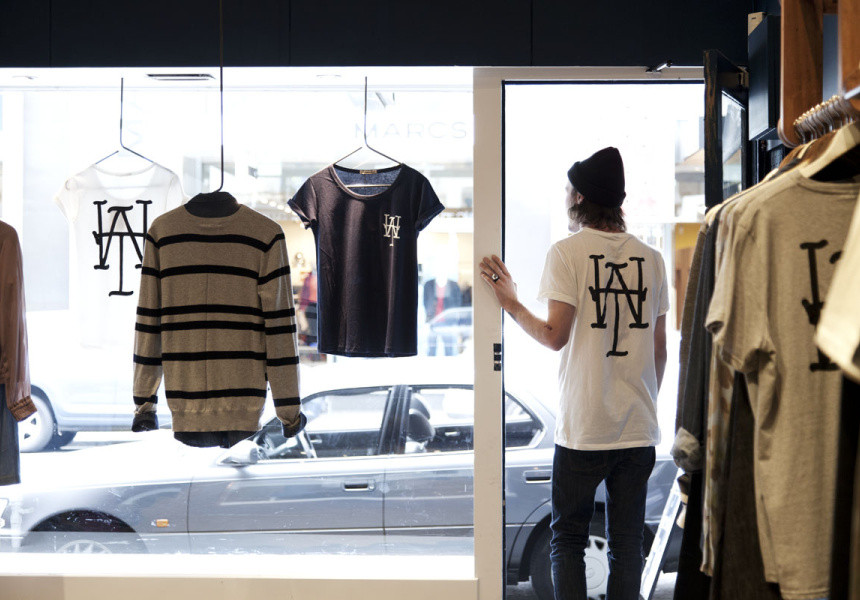 “Honor Among Thieves is what it’ll be called,” says Roy Christou. “Because that’s what this industry is, all it has and what they are.” And, it’s a pretty cool name.

Plus it’s a fair call, when you’ve seen what he’s seen, done what he’s done. Or just worked in the rag trade.

That was two years ago and Christou’s store on Russell Place is beginning to carve out a space in the niche he once claimed as his own. Now, with the opening of the second store, Christou returns not only to the spiritual home of Melbourne retail, but also to where it really happened. Where it took off. Chapel Street.

Chapel Street has been going through a kind of resurgence of late, beginning with Topshop. There’s a feeling of renewal, as if it’s been around the block, seen some things and now it’s back – maybe not bigger than ever, but definitely smarter. There’s a bit of a cleanse going on, some of the old faces are returning – Mimco’s Amanda Briskin and her A-Esque store for starters – and it feels good to know retail’s not dead.

But it has changed and the landscape of how we buy and where we buy has also. Since the days of Roy Christou’s eponymous label, which kicked off in the late 90s and lived on until the mid 2000s, he’s been plying his trade where he could and where it was needed, honing his denim craft and style nous as a gun for hire. But internet retail then was nothing like it is now. Facebook didn’t even exist and while our thirst for consumption has surged, traditional retail has hardly had a smooth ride. We’re a lot savvier these days. If you’re offering something that can be easily obtained online, then the problem isn’t the internet, it’s your business model.

This is where Christou sees Chapel Street and why there’s been a rebirth of sorts in these parts. He’s also a frontline guy, a ground force. He supplies his unique product and you get a healthy dose of Christou thrown in; that’s always been his proposition. Clothes are clothes until you add the attitude.

His aesthetic still possesses the strong motifs that were present in the original label. There’re the clichés that have described him for years – rebellious and punk – but sitting neatly along side is the subversive, the use of the 50s prep that implies the middle finger to the establishment and the college sports guy that wanders onto the court, nails a three pointer and walks out. Christou can try all he might but losing the rebel tag isn’t on the cards.

Honor Among Thieves lives in a comfortably ironic position on one Melbourne’s most fashion-jammed streets with a name that, at once, mocks and embraces. It’s the dichotomy of the fashion industry. It’s a beast, a kraken; once it has its grip on you it’s hard to shake. That’s the way it is for Christou. He laughs at the idea of selling clothes – the silliness of it all – but then gets excited about what he’s designing or what he loves right now. Like a football fan who simultaneously hates on his team while wearing the jumper, beanie and scarf, Christou mocks the industry that made, broke and is currently rebuilding him.

He may be older and the reading glasses are never far away – another incongruity to the Iggy Pop-like reputation – but like Mr. Pop, he continues to do what he loves and what he knows. Nine to five isn’t something that crosses your mind when you think of him, nor, one can only imagine, his. You don’t go to Christou to worry about which tie goes with what shirt; it’s about a good time and chances are he’ll be there to tell how to look.

It’s as if everything and nothing has changed. Christou is back, we’ve been around the block and if we’re not smarter, we’re definitely wiser.