Good Taste is a Virtue 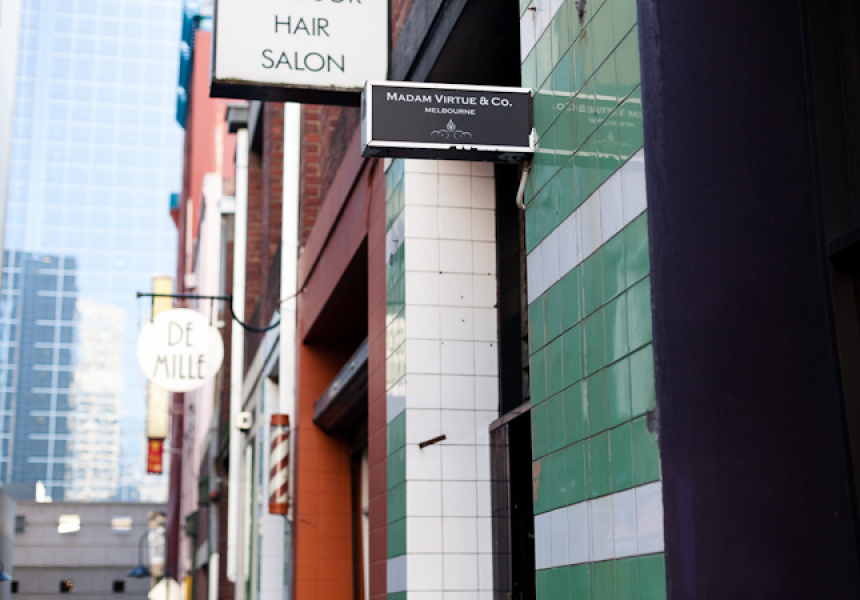 Madam Virtue is something of an anomaly on the Melbourne landscape an enigma even. They sell clothing from around the world and they make new, beautiful, intricate designs, but that doesn’t really explain what they do.

You know when you’re flicking through somebody’s impossibly beautiful home in Vogue Living and there’s an amazing lounge chair in the foreground with a note that says something like, “I found this in the street in a pile of hard rubbish” or “It was in a Parisian flea market and I had to have it” and you think to yourself one of two things: “Why can’t this happen to me?” or “Really?”

The other scenario is the Scott Schuman ‘un-reality’ of “Oh, this old thing, I was walking down St. Germain and it was just hanging in a window, it’s YSL, wonderful isn’t it?”

Well, it’s annoying and it almost never happens and when it does the owner is almost always aware of what they have and it’s a bust before it’s begun.

But if you’re after that smug look and sense of personal triumph and discovery, Madam Virtue & Co. on Melbourne’s lovely Crossley Street is the place you need to stop before heading to the Tuileries for your snapshot.

Preferring to refer to their outstanding collection of French and selected international designers as archival instead of vintage because the pieces at Madam Virtue are not second hand, one can expect to walk out in a Balenciaga top, literally off the runway; the argument for archive only grows from here, or an original Alexander McQueen gown from the reign of the man himself.

Madam Virtue & Co. also offers an haute couture service and has dressed many people for super special occasions. Dean Hewitt, one half of the team (with JC) talks about outfits for the Oscars and numerous trips down the red carpet the world over. Their regular trips overseas yield even more delights as a perusal of the cabinets show a casual abundance of original Chanel handbags and jewellery, plus Hermes and Gucci accessories.

These guys are masters of their craft with an eye for style and discovery. They can simply and easily fashion you a dress of their own design and have you out the door with a vintage archival Comme des Garcons morning jacket ready for the ball. It’s a wonderland of racks and hangers, suit bags and pressed-til-bursting-point displays. It has all the ingredients for a smug trip to Paris Autumn/Winter 2012 where you’ll be able to say, “This old thing? Oh it’s nothing, just a Chanel from a little shop in Melbourne.”

It’s such a delight to stand in Madam Virtue, the shambolic and eclectic atmosphere of cloth and leather mixed with Dean’s excitement for the stock and the possibility of a million nights out; it just oozes the anticipation of a good time. If you didn’t know you were in Melbourne, you’d swear it was Paris or Brussels and I think that’s just the way the boys like it. Crossley Street never ceases to amaze.

Tonight, Madam Virtue & Co., along with some of Melbourne’s best ‘archivists’ and designers will be showing their talents on the runway for Mission 65, an event to celebrate the Prahran Mission’s 65 years of service to the community. Using pieces collected from the Mission’s ‘op shops’, the designers were tasked with creating and converting the old into 40s-inspired looks, using Dior’s ‘New Look’ as inspiration.

Turn up in your best post-war rags to win Best Dressed and see the likes of Anthony Capon, Kara Baker and Candice DeVille showing what they can do with a thread, a needle and an old frock. Phillip Boon and Jenny Bannister are hosting the event, so expect champagne and a good time.