It was a day of tinsel, champagne cocktails and a pearlescent celebration of Disney’s The Little Mermaid. 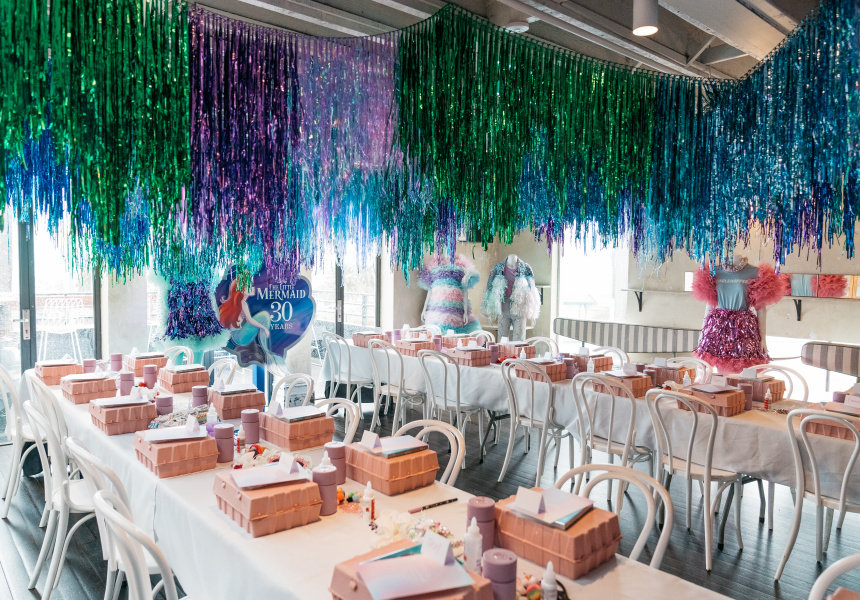 On a Sunday in Melbourne, 30 guests arrived at The Espy’s Balcony Bar to celebrate a very special anniversary.

The occasion was the 30th anniversary of Disney’s The Little Mermaid and the host was artist and designer Rachel Burke. Among sparkling streamers of tinsel that swayed from the ceiling, guests were handed a Kiss the Girl cocktail (Plantation 3 Star rum, passionfruit, pineapple, lime and Chandon) upon arrival and were offered a close look at Burke’s 10-piece capsule Little Mermaid-inspired collection, which was on display around the room.

Then the real work began. After settling down at their personalised place settings, the Broadsheet readers got started on decorating their own pair of Twoobs sandals with lace, ribbon, sequins and pom poms, under the watchful eye of the tinsel queen herself. Not only did they get to take their new jazzy sandals home, but they were also gifted a customised Frank Green ceramic cup and a Little Mermaid DVD. 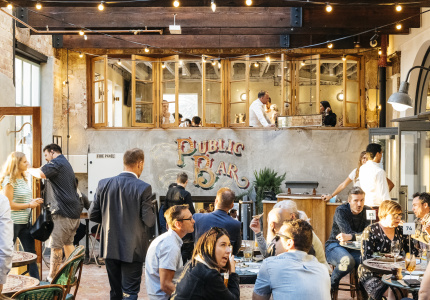