A good hairdresser is a precious thing. We talk to Frank Valvo of Fur Hairdressing about his ever-expanding empire and which chops are top of the pops. 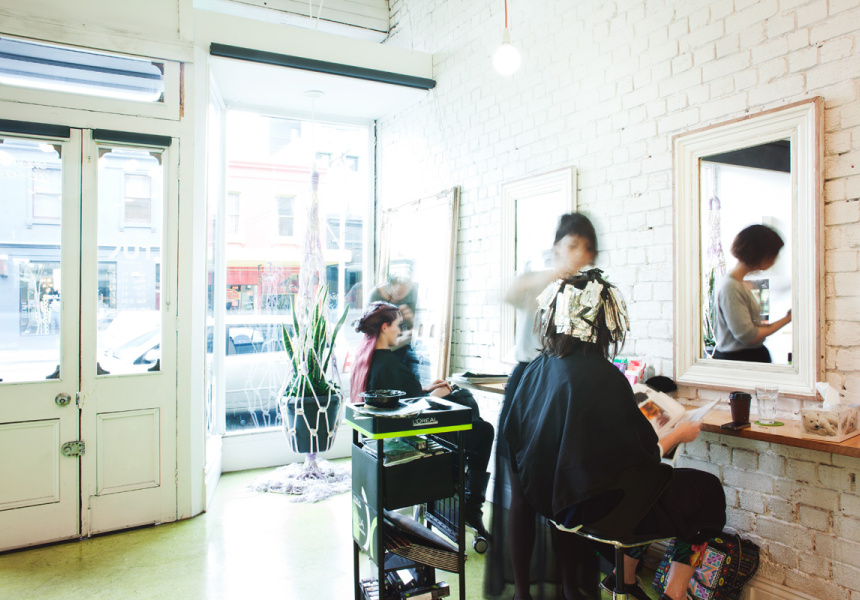 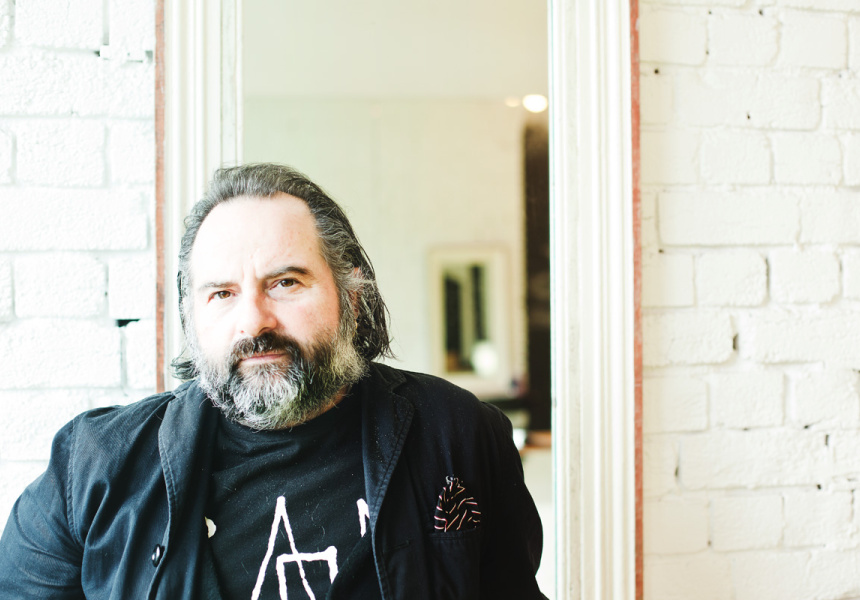 A good hairdresser is a precious thing. It just takes one bad haircut – one that sees you donning a recently acquired collection of hats, or fashioning a topknot for far too long – to recognise the importance of trusting the person standing behind you with the scissors. When asked about the worst haircut he has ever given, Frank Valvo, co-founder of Fur Hairdressing, responds after a long pause. “Believe it or not, I’ve never had many disasters.”

It’s probably why, after opening his first salon on Greville Street 16 years ago with partner Nat Clutterbuck, the brand is still going strong, with additional salons in the city and Brunswick Street.

Surprisingly, hairdressing was a trade he fell into out of convenience more than anything else. “I was doing computer studies and this was when a computer was as big as a building, you know?” he says with a laugh. “And I was learning programming and I just thought ‘Oh, this is boring’, and my sister had a salon in Lygon Street. I used to hang out there and thought ‘Oh yeah, this is pretty good, you get to talk to people all day’.”

So Valvo decided to open his own salon. Why not just work at his sister's? “I hated the music they played at the salon,” he says with a laugh. “I hated it and that’s the honest truth. I just wanted to play my own selection. Music is a whole part of my life and my creativity…it’s huge. I needed to have that control.”

Looking at his trio of salons – each with a completely different identity to the others – it is easy to see how important creativity is for Fur. From the shampoo bottles decorated by artist Misha Hollenbach (best known for his work as one part of creative duo P.A.M.) down to the annual charity art auctions they hold with clients (last years included works from Brendan Huntley up for sale and the auction raised a grand total of $9000 for Headspace), it’s clear that Valvo simply likes to do things his way, putting all pretention and trends aside in the process.

Though born and bred in the suburbs of Melbourne, Valvo and Clutterbuck are constantly heading overseas and looking internationally for inspiration. “In the 70s and 80s it was London, then America in the 80s and 90s. And in the 2000s I’ve just been going to Japan. So I sort of do things in blocks,” says Valvo.

In his many years of hairdressing, it’s safe to assume that Valvo has pretty much cut all sorts of looks. “Alexa Chung was big for ages. They’re still bringing in pictures of her!” he urges. “One thing I’ve always wanted to know though is when did it become feminine to have long hair and masculine to have short hair? If you look at the French actresses with short hair, it looks so good! Mia Farrow and Jean Seberg in Breathless – she’s gorgeous!”

As many women will agree, cutting your hair can be one of the most tumultuous decisions of them all. Short of naming your first born, lopping off long, well cared for and time consuming locks in the heat of the moment would have to be one of the most common themes of conversation ever shared in chat rooms. “Oh yeah, the girls come in after a break up and say they want all of it off. But I don’t really have any qualms about it. I know a lot of hairdressers won’t do it, but I think it’s a good thing – a fresh start. I think you can go long, short, whatever. If the balance is right and you have the confidence, then it will look good.”

This supportive attitude marks each of Valvo’s salons and his staff members’ attitude to work. Unlike many other salons made up of innumerable trainees coming and going, Fur has a strong family feel to it. “We invest a lot of money into the education of our staff and we’ve had a lot of them go on and study part-time and still work which I like to encourage. I think any education is good and to be able to give that to them is very fulfilling,” says Valvo.

The forever-enterprising duo doesn’t have any plans of slowing down just yet. Though staying hushed on the matter, Valvo will give away that he and Clutterbuck are looking at adding one more jewel to their crown. “Nat has one idea and I have another, so we’ll see what happens,” he says. “But I like a challenge… I like the concept of getting something up and running and then seeing it actually come to fruition. We’ve always done that and it’s what keeps us going and keeps us fresh.”

Hours vary from each salon, check the website for details.