We speak to Greta Larkins, creator of the popular FashGif blog, who is taking her GIFs to the streets of Melbourne this weekend for White Night. 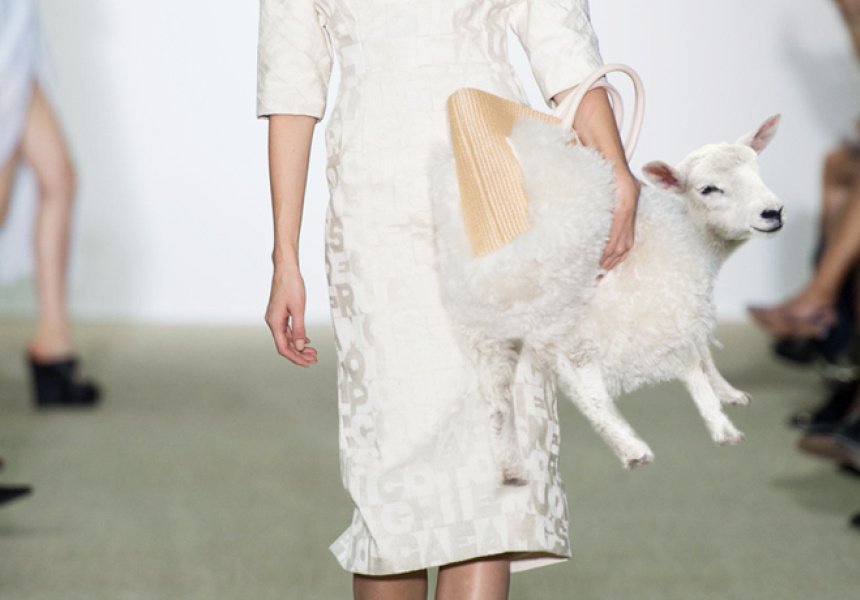 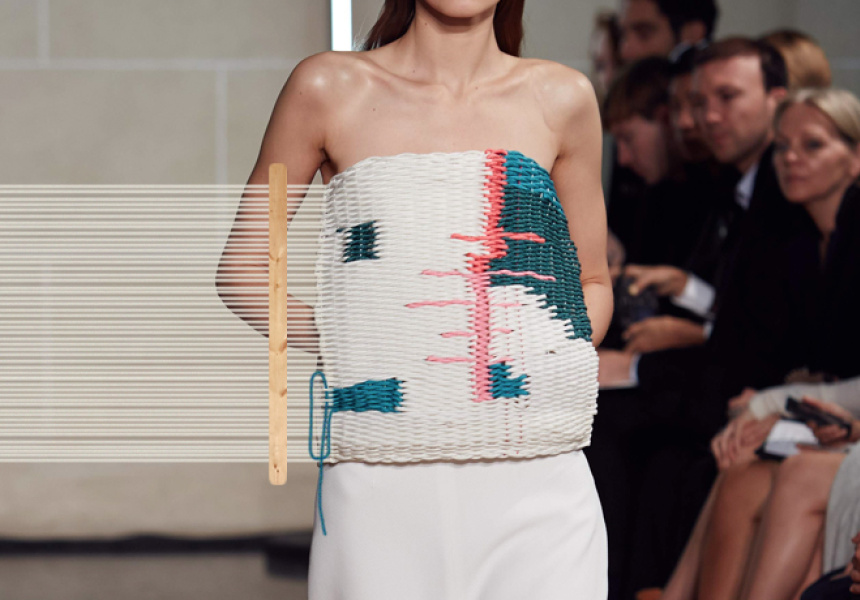 FashGif makes fashion move. In the past three years, the Tumblr blog, which features tongue-in-cheek animations of runway images, has become – excuse the overworked phrase – somewhat of an Internet sensation. FashGif has been featured on Dazed Digital, Nowness and Vogue Hommes Japan and its creator, Greta Larkins, has been asked to collaborate with big-name brands, such as Calvin Klein, Converse and Kenzo. More recently, Larkins, a born-and bred Melburnian, has created GIFs for New York Magazine’s ‘The Cut’ and London’s TATE Britain. This month her focus returns home as she prepares to be part of the ambitious White Night program.

Larkins started FashGif in 2011. “Someone had recently told me that you could make GIFs (Graphics Interchange Format) in Photoshop,” she says, “I’d always thought you needed a program that I wasn’t familiar with.” A week later FashGif was born. Larkins, who works in trend forecasting, used online tutorials to teach herself how to do the animations. “The first GIF I made was of Prada,” she says. “When I started I sort of dabbled in collections that I just felt like doing, now I’m more inclined to do current shows.”

Despite a few mishaps (at first her GIFs were too large and were not moving in the Tumblr dashboard) things happened quickly for the 28 year old. “I was contacted by the ‘Fashion Evangelist’ at Tumblr, Valentine Uhovski. A message popped up on my dashboard that said something like, ‘you’ve been chosen to feature in the spotlight’. Basically, that meant that when people searched ‘fashion’ in Tumblr, FashGif was one of the prioritised blogs. That has obviously been a huge help, and since then things have kept going forward.”

Her humorous take on fashion is a breath of fresh air in an industry that often takes itself too seriously. “I really believe – this sounds really tacky and clichéd – that fashion should be fun,” she says. Her animations will often include pop-culture references, such as Kim Kardashian covering little sister Kendall Jenner’s nipples (Jenner modelled in Marc Jacobs’ FW2014 show); in-jokes for the fashion informed; or just a quirky take on a collection. “My absolute favourite comments are from people who say things like, ‘oh my god, I hate fashion but this is really cool.’ I don’t think people should hate fashion, but I can see why they might – it can be really intimidating. I think it is nice that people can step back and – just because part of the image moves – look at it in a new light.”

GIFs have not always been cool. When the Internet was coming into its own, GIFs were considered daggy and amateur. Now, mainly thanks to Gen Y, they are being used to highlight moments in pop culture – like Beyoncé’s booty shaking or Taylor Swift rolling her eyes at an awards ceremony. “I think the reason GIFs have seen a revival is because straight away you’ve got a moving image,” says Larkins. “The really amazing ones are when you’ve got a video GIF of sport highlights, with someone kicking an amazing goal in soccer or someone catching a ball in a really spectacular way. Because it loops, you can really focus on that moment; you can get a really clear message across really quickly.”

In 2014, White Night Melbourne wants to make fashion a bigger component of the festival, and has enlisted Larkins to create a sequence of animations that will be projected on to Rainbow Alley. “There’s so much to see on the night – people will want to keep moving.” Larkins says. “I wanted to create something instantly engaging, that you don’t need brain power to enjoy – you just look up a lane, see the projection, have a chuckle and disappear. There are huge artists and big things to see, so it’s almost like an appetiser.” It’s a big project for Larkins, whose animations are usually on a short loop. Instead of four frames, the animation will be hundreds of frames and will be more like a mini video.

How Larkins finds the time to keep up with the GIFs is baffling. At the moment, with the international fashion weeks underway, she is doing animations for her own blog as well as a number of other publications, which all require a quick turn around – all of this and she also works full time. “During fashion weeks I try to get up at about five am and I go to bed as late as I can,” she says, “But I’m a big believer in sleep so I don’t push it too much. I’d rather be rested for my actual job and then on the weekends I just try to get as much done as possible. In the past I’ve literally tried to do as many a possible. Now I’m just trying to pick collections that I think have a really high impact – so it’s a little more select.”