Minimalism be gone. Meet the new Australian designer who has the local industry dreaming of technicolour surf. 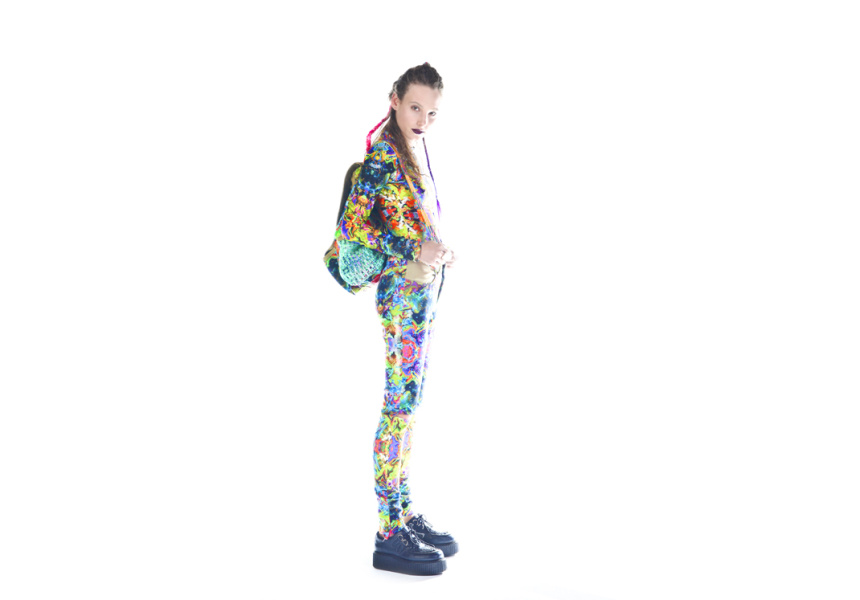 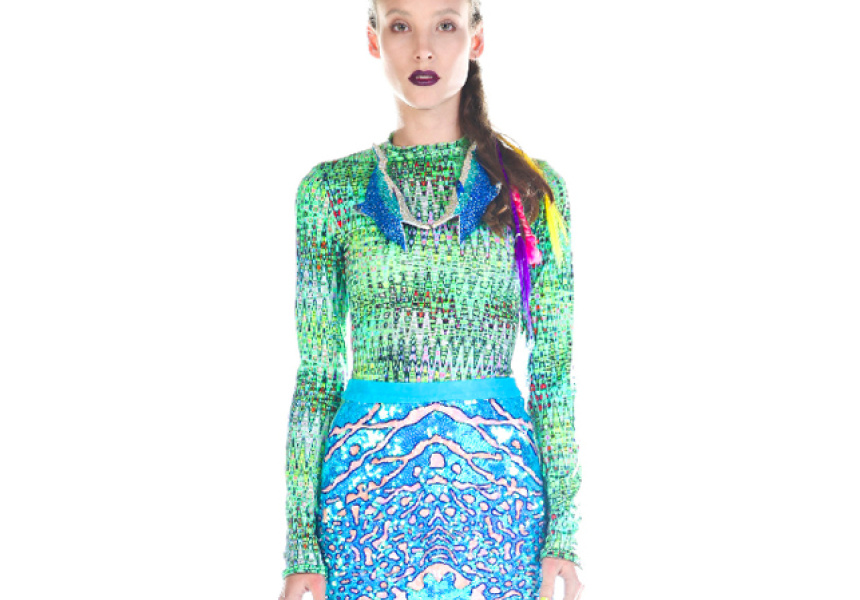 “It’s been an interesting ride so far,” begins Emma Mulholland, the 24-year-old designer who has been captivating the fashion industry ever since her debut at 2011's Rosemount Australian Fashion Week. As one of four students chosen to show at RAFW as part of the Ultimo TAFE show, Emma's neon printed rashies and so-gaudy-it's-great denim saw her heralded as the show's standout. Before Fashion Week, Mulholland was just another hard-working, albeit colourful graduate. Post-show? She’s had the critics clapping for more and stockists knocking on the door.

“After fashion week I was kind of thrown in the deep end in terms of producing my collection, which wasn't the original plan,” she recalls. “It took a bit of adjustment but its a great feeling once you have completed it and can see the fruits of your labour in-store.”

One look at her Queen Aurelia collection and you'll notice that the “fruits” she refers to are of the tropical variety. Mulholland's debut collection champions the Jenny Kee, Ken Done and Romance was Born school of design, where more is more, colour is for bathing and a sense of humour is paramount.

But Mulholland is far from a knock-off. Her original digital prints and design concepts will happily attest to her unique vision. Seaweed-like fringing, sequinned scales and intricate tie-dye prints see Queen Aurelia's ocean-inspired pieces marry surf wear with a vivid form of maximalism. Clusters of sequins on a yellow netting maxi dress are reminiscent of scales on a tropical fish, while a sequinned skirt sports a bright blue and white fish print.

“I am constantly amazed by all the different colours found on different animals, landscapes and nature. That is where a lot of my inspiration for the colours I use, come from,” says Mulholland, who does admit to wearing monochrome when the time calls for it.

While vibrant – gaudy even – look beneath the surface and there's a lot more to the collection than sea creatures and show-stopping prints. You can see refined elegance in a sea green button-up silk skirt, which sports a subtle blue dyed seaweed print. The use of cropped denim, lycra and pastel macramé also refer to the neon surf culture of the 90s, when brand such as Hot Tuna and Mambo (both admired by Mulholland) reigned supreme. Mulholland attributes this nostalgic aesthetic to her childhood spent in the south coast New South Wales town of Ulladulla.

"[Growing up] we lived on the south coast in a really small surfy town. Most people just wore surf clothes with lots of colour, so I guess that vibe kind of stuck with me. I like the simple style of surf clothing too, with great prints and colour."

Such is the perceptiveness of her range. Sleek lines and body con styles manage to make sequinned scales and psychedelic prints all the more achievable. Who’s to say you can't team a luridly printed rashie with a part of slimline pants? Perhaps minimalism isn't completely redundant after all.

Emma Mulholland is stocked at Alice Euphemia and The Grand Social.