We visit the studio of fashion designer Elissa McGowan, a graduate from East Sydney TAFE, a former intern of Dion Lee and Kym Ellery, and now a bright one-to-watch in her own right. 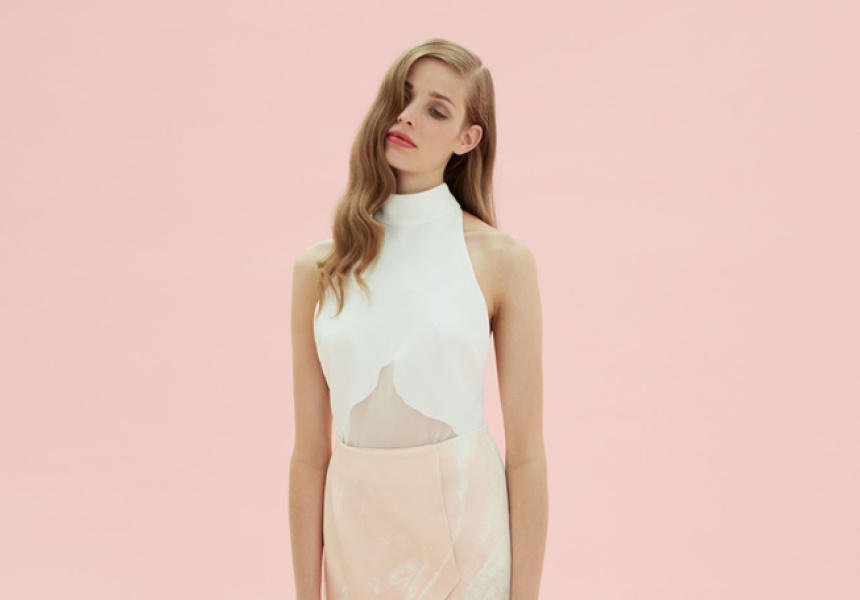 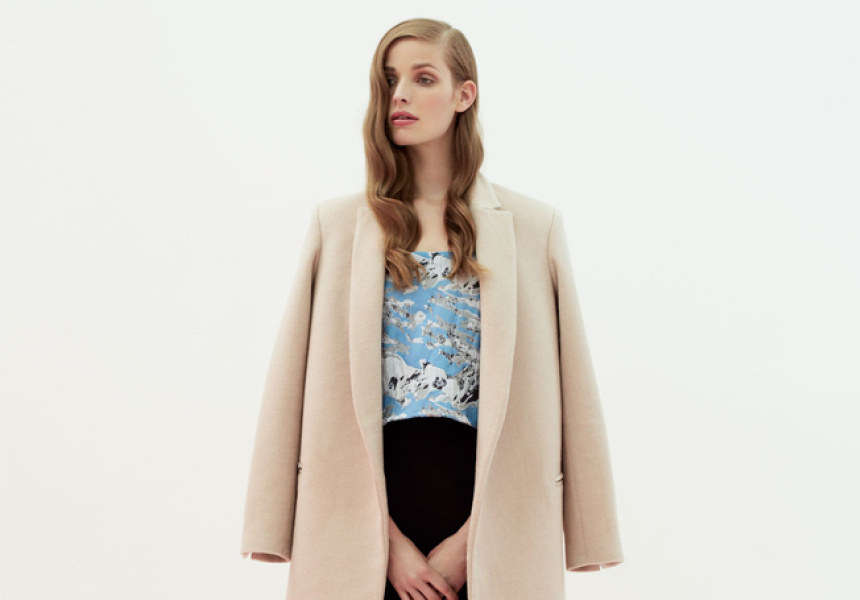 Inside Elissa McGowan’s studio – a white, light-filled space located in an impossibly large complex in Sydney’s St Peters – there are bits of fabric pinned to walls, small stacks of magazines arranged neatly (The Gentlewoman, Self Service), and a single, scented flame rising from a Maison Balzac candle. Attached to the wall are scrawled references to her label’s SS14/15 collection: algae bloom, coral reefs, Madam Gres, oyster pinch, Halston in the ‘70s, Guy Bourdin. Photographs are pinned in methodical columns; images of liquid forms, lustrous black plastics and Bianca Jagger at a party; a white turban securing her chic crop in place.

McGowan sits among it all, flicking through a book on Francis Bacon. The 24-year-old designer might be a recent graduate of East Sydney TAFE, but she’s already presented a collection at this year’s Mercedes-Benz Fashion Week Australia and was selected for the Innovators group show last year. She is now in the process of growing her self-titled label. Francis Bacon, the Irish-born, figurative painter, has been with her from the start – his torturous, abstracted figures directly informed the fluidity of her graduate collection. “The sense of organic lines is probably really what draws me in, but then he uses these beautiful, fleshy tones. His sense of framing is so interesting, always,” says McGowan. When the Art Gallery of NSW showed a five-decade retrospective of his work, McGowan visited twice. “I wish I went three times,” she laughs. “There’s something so human about his work … I’m one of those people who often comes back to my influences.”

For her signature label, McGowan produces all the garments in Sydney. Communicating her soft silhouettes to an unknown pattern maker can be difficult; for this reason she does most of it from scratch. Her AW14 collection, Blue Monday, employs boxy shapes, high-neck knits that climb up to the chin and dexterously sculpted flounce skirts. Sheer cutaways on halter tops and tees mimic sand receding fast into the sea. McGowan’s SS14/15 collection is similarly ambitious, employing natural fibres such as silk-satin organza, an airy, supple fabric with a slight, feminine structure to it. Stacia Hadiutomo, a graphic designer and art director at Oyster Magazine, produces many of the prints used for McGowan’s pieces. Among her clientele are labels Josh Goot and Haryono Setiadi.

Growing up in a sleepy NSW coastal town, McGowan was relatively isolated from the fashion industry. As a teenager she became aware of it by watching fashion shows taped by her grandmother, from observing movie characters and most importantly, through reading scarce copies of RUSSH – rare gems in the low-key newsagencies of her home town. “It was totally a cultural education, learning about who Jane Birkin was!”

When she moved to Sydney to begin a three-year course at East Sydney Tafe, McGowan began interning everywhere she could; Ellery, Dion Lee, Lover and Willow. It quickly became apparent to her that success was directly linked to a patient dedication to brand growth, a focus on quality fabrications and a strong work ethic. “I learnt so much from doing those internships that I would have never have learnt from studying. I think, because I wanted to have my own business, that I was able to pick up on what they were doing, what was working.” 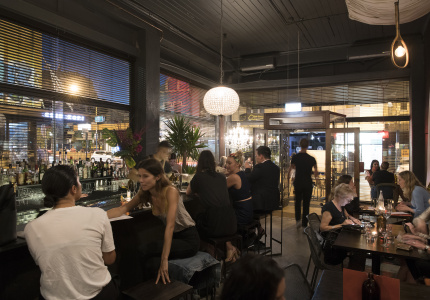