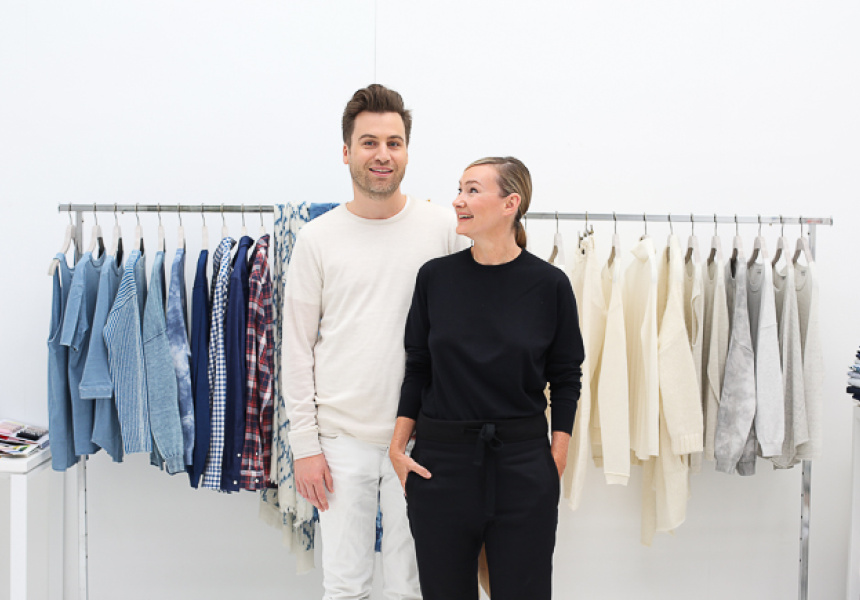 On paper, it’s perhaps the most Melbourne of brands: luxe knitwear made from some of the world’s finest materials. But it’s a pair of Bondi Beach locals – married couple Jacqueline Hunt and Patrick Blue – which forms the creative team behind Sydney fashion label Jac + Jack.

The pair met over 10 years ago (at work, fittingly) when Hunt (Jac) was the womenswear designer at Marcs. “Pat was the work experience boy,” Hunt laughs.

Friendship evolved into a romantic relationship and the couple married in December 2005. For years, Blue freelanced for Jac + Jack, which Hunt and her friend and business partner Lisa ‘Jack’ Dempsey established in 2004, before joining the label fulltime three years ago as creative director and menswear designer. “By then, our men’s business had grown and I couldn’t handle it,” says Hunt. “I also really thought that Pat was way better at it than I was – all the visual stuff, like photo shoots and the creative direction…so it seemed like the right time.”

It has certainly been a fruitful three years at Jac + Jack since Blue came on board, with the opening of their flagship store in Paddington in 2010, a Melbourne outlet in 2012 and a second Sydney store earlier this year, as well as the growth of their menswear collection.

The pair works out of a white, light-filled studio, furnished with a couple of desks and numerous racks of clothes, in the same Alexandria space that houses Koskela, Kitchen by Mike and Megan Morton’s The School, while they search for more spacious premises. The quietude combined with the geographic distance from the front end of the business, based in Paddington, allows them the creative space to take their ideas from paper to the catwalk.

“Jac’s more of a doer, and I’m more of a meanderer,” says Blue. “She pulls it together. My perfect thing would be if I could come up with ideas and other people did them. I’m not as strong at putting it together.”

Hunt’s experience at the helm of a successful and, importantly, self-funded fashion label offers structure to support what she describes as Pat’s free-ranging creativity. “I’ve been doing it a lot longer,” she says, “[so] naturally I’m more production-focused, you know, having the idea and executing it. What Pat brings to us is that really free creativity, where I’m a bit more time-focused and business-orientated. I think he has a surprising angle on things…it adds a different perspective and a male perspective. He’s taken the menswear to another level.”

Both are honest enough to acknowledge that living and working together can be challenging. Private life can leach into the studio, says Hunt, admitting “there are moments when a tone has been misinterpreted!”

“On the plus side,” counters Hunt, “you’re on the same page. You feel like a real team and that you’re working towards the same goals, and you get to travel together and have ideas together.”

Ardent travellers, the couple has just arrived home from a month spent in Europe. It was a working holiday, encompassing a visit to a yarn fair in Italy as well as an idyllic week spent at the Sicilian island of Salina.

Jac + Jack’s commitment to luxury means that travel, which could include visits to Australian producers of Merino wool, Italian yarn spinners, and artisans in India who create incredible hand-knitted pieces for the label, is fundamental to the brand’s success. “[Travel] is important to the brand, but it’s more important to us personally,” says Blue. “I don’t think you have to travel to design…we don’t do it literally – we don’t go ‘Oh, we went to Italy so we’re doing an Italian collection’, or ‘I’m really feeling Sante Fe this season’…

“The other part of it is really unplugging from home and the brand and working together and just doing something that we both love doing,” she says. “Travel just allows you to get right away from your working environment.”

Right now, the couple is working on the Spring 2014 collection, as well as plans to open a second Jac + Jack store in Melbourne’s Emporium early next year. 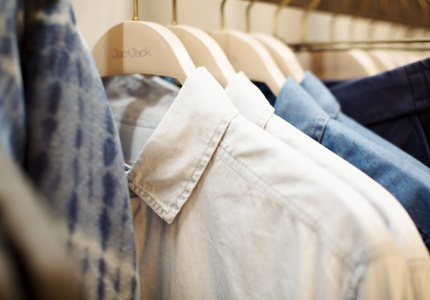