Inside the home of husband-and-wife designer Tristan Ceddia and jeweller Adriana Giuffrida, Broadsheet learns about work life balance when neither partner works nine to five. 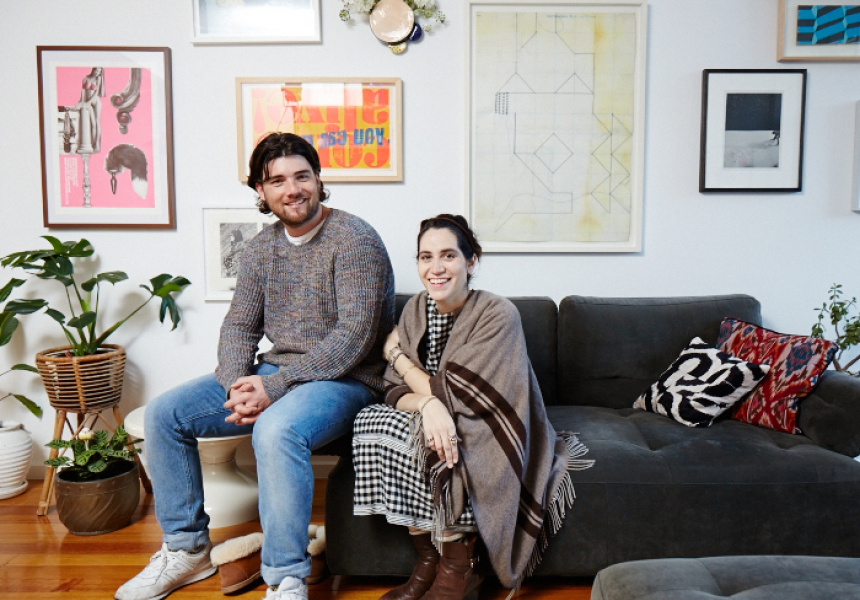 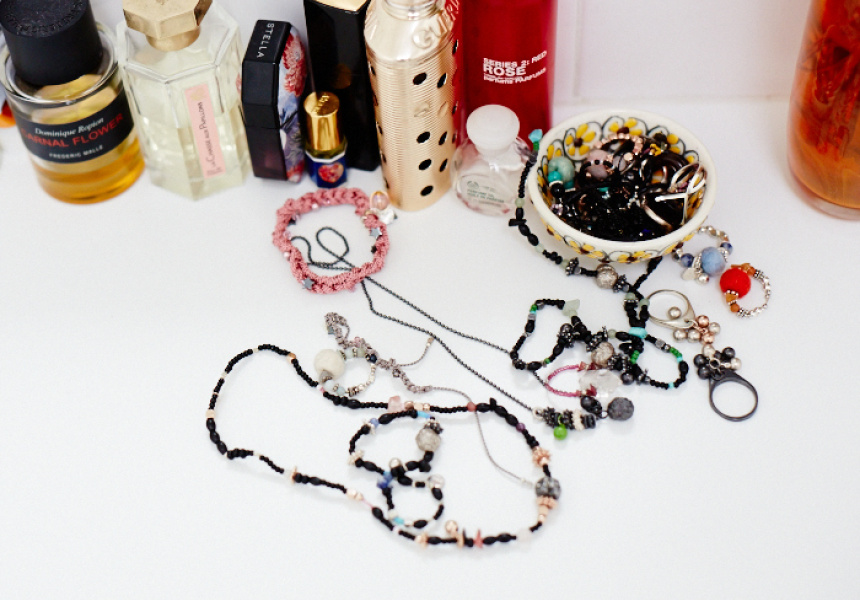 “How would you describe my jewellery?” asks Adriana Guiffrida, looking across the living room of her Brighton home towards her husband Tristan Ceddia, who is fiddling with the stereo remote. It’s a loaded question, so when Ceddia finds the volume button, he turns it down slowly and replies with caution. “Ahh, I don’t know,” he says with a wry smile. “Modern Bohemian?” Laughing, Guiffrida turns her gaze back over to me, across the table. “God no,” she says.

Just a few years ago, Giuffrida started her own jewellery company called POMS, in Melbourne. The name stems from one of her earliest designs, a set of pom-pom rings that she had crafted by hand from cotton. They’ve become a cult hit around Australia and today – even after studying and diversifying to work with precious metals – there’s a constant stream of orders for her pom-pom rings and earrings.

“It’s hard to describe POMS, because there are many different elements to what I do,” she continues, picking through her jewellery box, most of its contents sprawled out on the dining room table. “I guess people are just drawn to the quirky, crafty pieces I do.”

When POMS started, Guiffrida had been working as a jewellery designer and design room manager with Something Else in Sydney and, while on her honeymoon with Ceddia, decided it was time to move back to Melbourne and start out on her own. Ceddia was living in Sydney too, working for Ksubi under the same parent company.

While they were certainly fond of the lifestyle in Sydney, Ceddia and Giuffrida had always dreamed of settling down in the Melbourne suburbs. Both self-employed, the pair now wake early most days and head into the city to work in separate studios. Ceddia has a space in the Mitchell House and every day at lunchtime he strolls up Swanston Street to share lunch with Giuffrida at her studio in the Nicholas Building.

In creative terms, Ceddia might be best described as a triple threat. Since the age of 22 – when he started a creative collective called The Serps with a few friends – he’s been whimsical, calculated and extremely hard working, turning his graphic design agency Never Now into one of the most well respected independents in the country. Working alone, Ceddia has created campaigns and art directed for Melbourne-based jewellery designer, Lucy Folk (where Giuffrida also works part time), fashion labels Vanishing Elephant and P.Johnson Tailors, Lavazza Coffee, Capi soda and gallery, Utopian Slumps.

Moving over to join Giuffrida at the table, Ceddia explains that his prolific creativity stems out of a fear for the nine to five. “Sometimes I’ll have a job that’s bumming me out and then I feel like such a whinger, because I could be working nine to five. When you do it for yourself, it just feels so much more gratifying, I suppose.”

Once Ceddia is finished talking, Giuffrida stands up and moves into the kitchen. “Tell him about The Serps,” she says over the counter. “I only ever saw him as a Serp. His style was a little more…loose…then, I suppose.” With that, Giuffrida picks up a pillow from the couch with a man’s face painted on it and before we have the chance to talk about it, Ceddia interjects. “That’s stupid that thing,” he says.

While we share a collective scoff at the term ‘creative collective’, there’s few better ways of describing The Serps. Ceddia started the group with a few friends in similar fields – artists, photographers, painters, musicians and filmmakers – and together, they nurtured each other’s early development. “I think it was a really great platform for everyone at that point in their lives,” says Giuffrida from the kitchen. “If there were a couple of photographers and they wanted to do a zine, to get their work out there, then Tristan would help them lay it out. Then if Tristan was working on a website, they would take the photos for him. It was just a really organic way for everyone to move on to the next part of their careers.“

As if that wasn’t enough, Ceddia became co-founder and creative director of The Blackmail in 2009, a free, online magazine that aims to give aspiring creatives a platform to write in their own words. In 2012 they moved the project into print and says it’s important to have passion projects when you work in creative fields. “We haven’t put any money into or taken any money out of it,” he says.

Later this year, Ceddia and Giuffrida are expecting their first child and after spending time with the couple, you can’t help but wonder how the pair – who share very diverse, separate careers, work long hours and moonlight as freelancers – will find the time once a baby enters their lives.

“I think we’re really lucky to be in the position we’re in with what we do. Tristan can just work from home. We can spend time with the baby and stay home and work,” says Giuffrida. 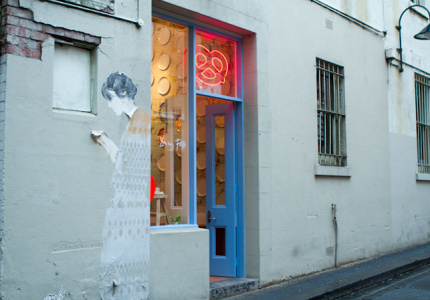 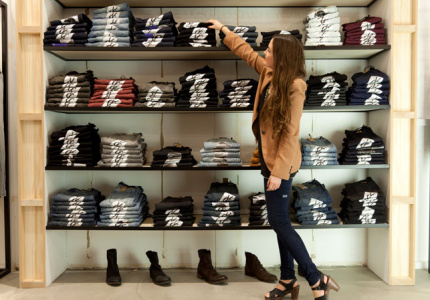 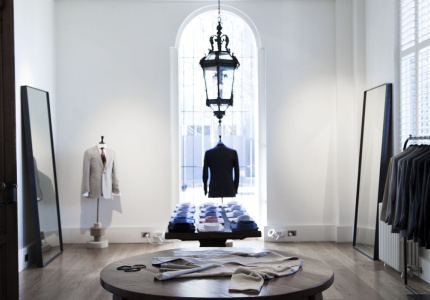