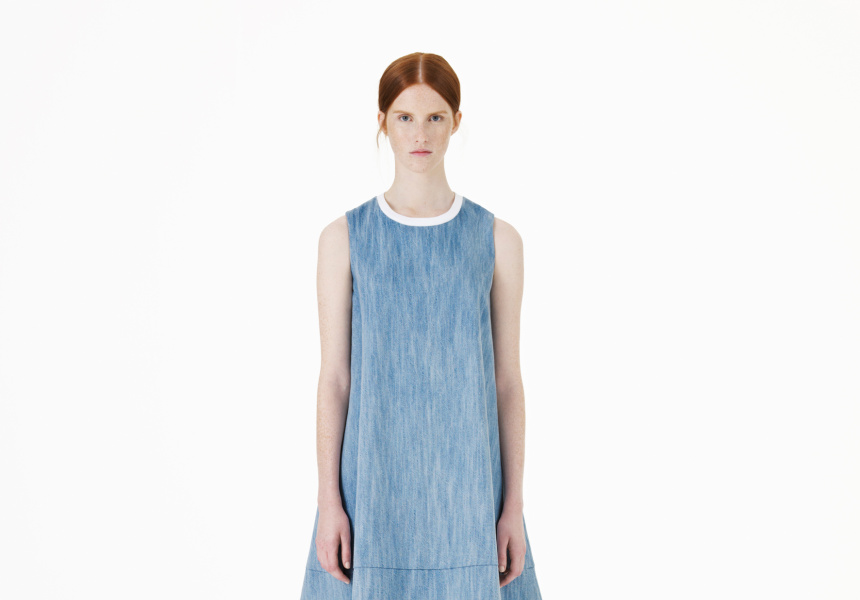 Earlier in the year, COS announced it will be opening its first Australian store in Melbourne’s CBD. Since then, the Swedish retailer has kept the details very quiet, until now. The store will open on Friday November 28 in The Strand on Elizabeth Street with the SS14 collection in store.

The brand is part of the H&M group (kind of like H&M’s cool older cousin) and renowned for its easy minimalist pieces and core wardrobe essentials for men, women and kids. Its been slowly making its way around the world, with stores opening in LA, Tokyo, Paris in the last few weeks with New York to come.

Each store follows a similar design concept – with a raw steel hanging around the entire store, separating the collection into smaller wardrobes. There are hanging shelving units that can be moved around the space and each store has pale grey walls. The original concept was designed by William Russell has been updated over the past five years.

In the meantime, browse their online store and start planning which pieces will someday find a home in your wardrobe.