Chip Chop! collaborates with The Australian Ballet to create the Pavlova, the third installment in a series of luxury totes. 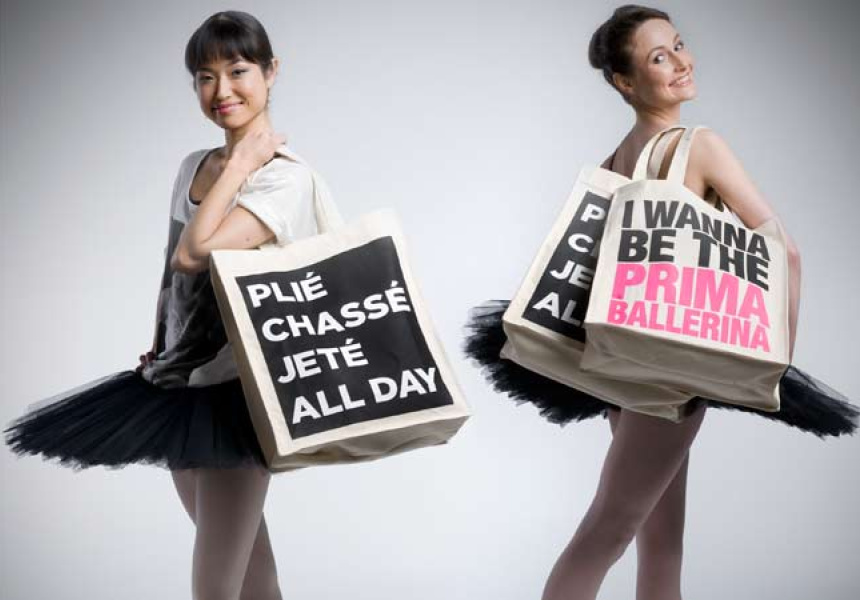 Francophiles everywhere can now step out with the Pavlova tote bag, a recent design created through a Chip Chop! and The Australian Ballet collaboration.

Chip Chop!, who are famed for their eye-catching tote creations, has released the PAVLOVA, a much anticipated third installment in a series of luxury tote bags that include the Plie Chasse and Prima Ballerina. Blending ballet, fashion and typography, the bags feature bold graphic typefaces with the Plie Chasse, featuring stark black and white font, paying homage to public transport signage of yesteryear.

Chip Chop!, headed by Hannah Chipkin (a self-confessed Francophile), was approached by The Australian Ballet in August to design two exclusive tote designs for their online shop.

“We were big fans of Hannah’s playful approach to typography but finding out she’d always dreamed of being a ballerina sealed the deal,” says Kate Scott of The Australian Ballet.

Chip Chop! is the third incumbent of The Australian Ballet’s three-year project to advance the marriage of fashion and ballet by partnering with fashion labels they feel a cultural affinity with. Designed and printed in Australia on sturdy 100% cotton canvas, the totes will team perfectly with other Francophile favourites such as the striped shirts, berets and all wardrobe items in bleu, blanc and rouge.

The next Australian Ballet-fashion collaboration, which features a prominent Australian illustrator, will be announced next month.