A luxury that few can afford, a tailored shirt of this quality is the product of a refined tradition. 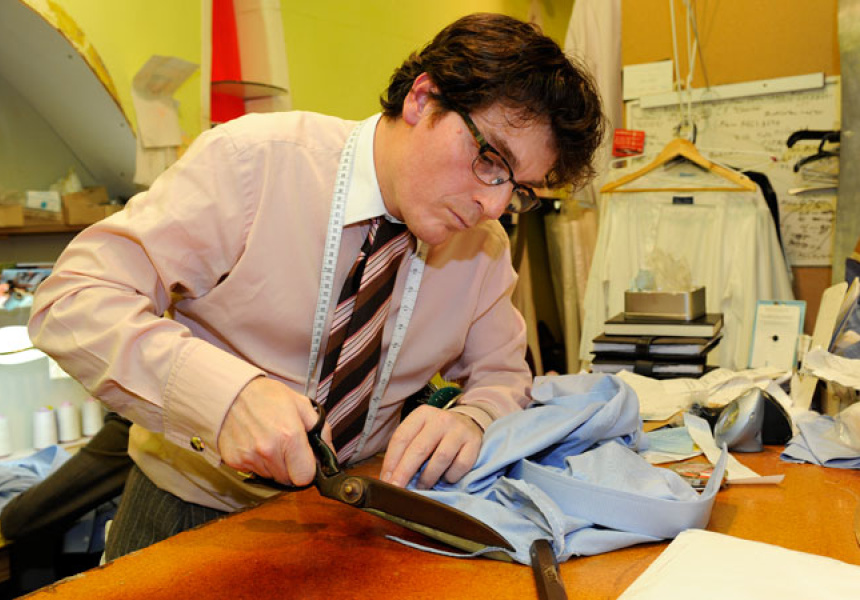 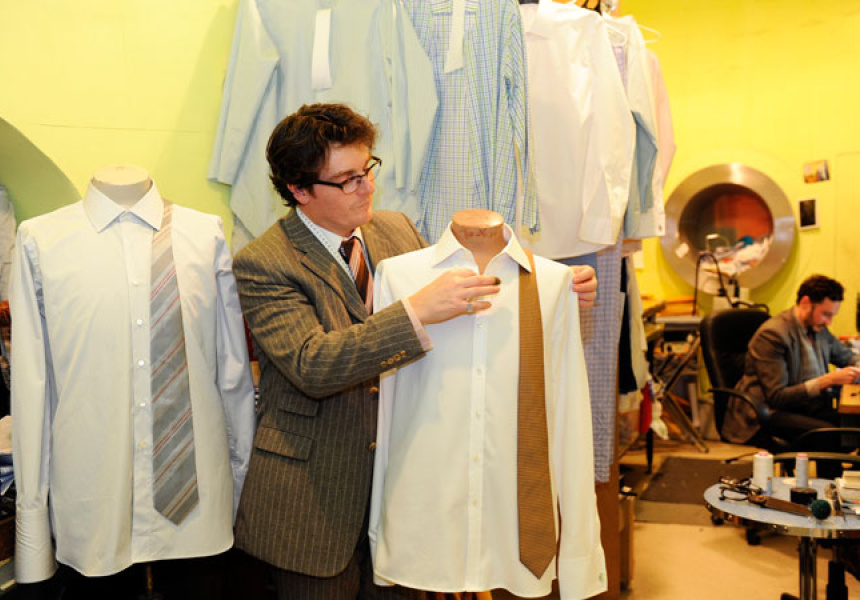 Charles Edward, Master Shirtmaker, is bent over his 1960s Yakumo sewing machine, a steady hand hovering gracefully above the fine Oxford cotton until its fate is sealed by needle and thread. He shows me the perfectly straight line, a task he has now mastered with such ease that it would make anyone think they could perform it themselves.

Just beyond the bustle of Bourke Street lies Crossley Street, where Edward's shop can be found sandwiched between a small gallery-like space often home to pop-up ventures and De Mille, a hand-picked vintage store. Madame Virtue is a neighbour too, bursting with luxurious English Ringhart and other fine European fabrics. You can almost smell the quality.

The laneway was a different place when he moved in 16 years ago. “The umbrellas and the curb side tables back then were beautiful,” he recalls. “The old Pellegrini's attracted the Italian philosophers, who used to sit outside all day with their coffees and cigarettes.” The street maintains its integrity as a hub of craftsmanship and creativity however. “The beauty is a lot of things are being made here or for here. We all do look after each other a little bit.”

Taking the practical route, Edward began with the basics, taking patternmaking and design night-classes at Box Hill Institute. But his real education came from his first cutting job at L'Homme in South Yarra. This experience led him to Hemden, a place where his skills were undoubtedly refined, eventually allowing him to build up to his own private business, which now boasts a clientele of over 1000 men and women.

Though time is a luxury few can afford, for the true sartorialist, it is a necessary expenditure. Cutting and completing a maximum of five shirts a week, barring the Christmas flurry, Edward is adamant that the perfect shirt takes time, as it should. And it doesn't have to be just for special events. Life, it seems, is the ultimate occasion. “Firstly, the shirt is part of the man himself,” he says. “The intricacies of a shirt are part of how a man is thinking. Something made specifically for that individual is the most comfortable thing they can ever wear.” A quick glance at his client sheets, sprawling as they are with minute measurements, is testament to this.

But there’s more to the shirt than comfort. “It's got to be stylish,” he continues. “It has to be in line with the man's suits, his cufflinks, his jackets, his style. Rather than mix and match, you try and make something in vogue. That's when it's great, when you watch the client walk down the stairs and he doesn't want to wear his old shirts because he's wearing these, designed for his body, in sync.” And the styling experience you get here is comprehensive; you’ll be advised on your choice of ties, shoes, socks, or as Edward likes to call it, “the whole thing.”

This is labour-intensive work. It involves careful measuring, fitting, cutting, fusing, re-fits, not to mention hand-stitching. He is assisted by a young apprentice John Garland, who previously studied at Melbourne Institute of Fashion. Edward feels a responsibility to pass on the torch. “I'm proud of all the people that have learnt from me, and always gone onto work somewhere. ”

A shirt of this calibre will set you back quite a bit, but it has to be seen as the product of a refined tradition of immeasurable value. One that, hopefully, shall never be cut.