Celeste Tesoriero: The Thought That Counts

We visit the shared studio space, Wild Things Gallery in Sydney's Manly Vale, to check in with one of Australia's promising designers, Celeste Tesoriero. 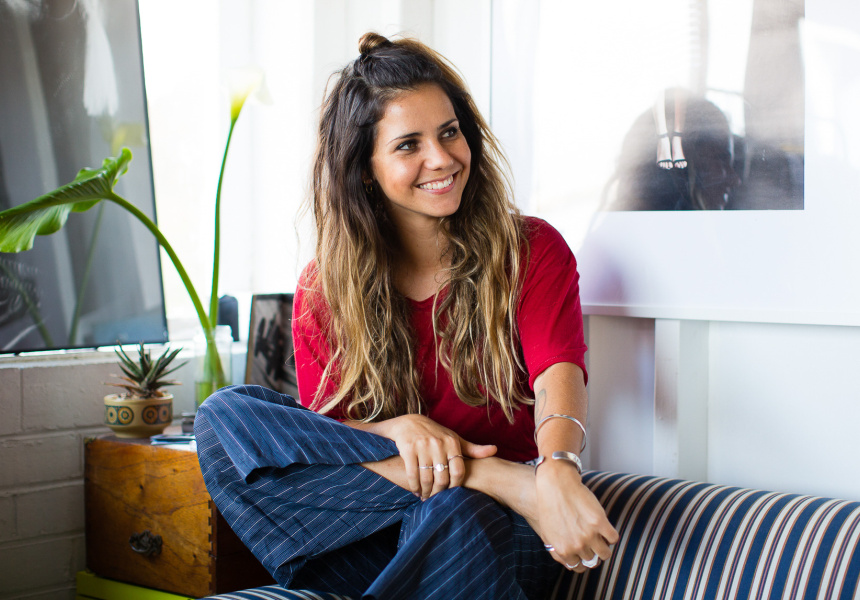 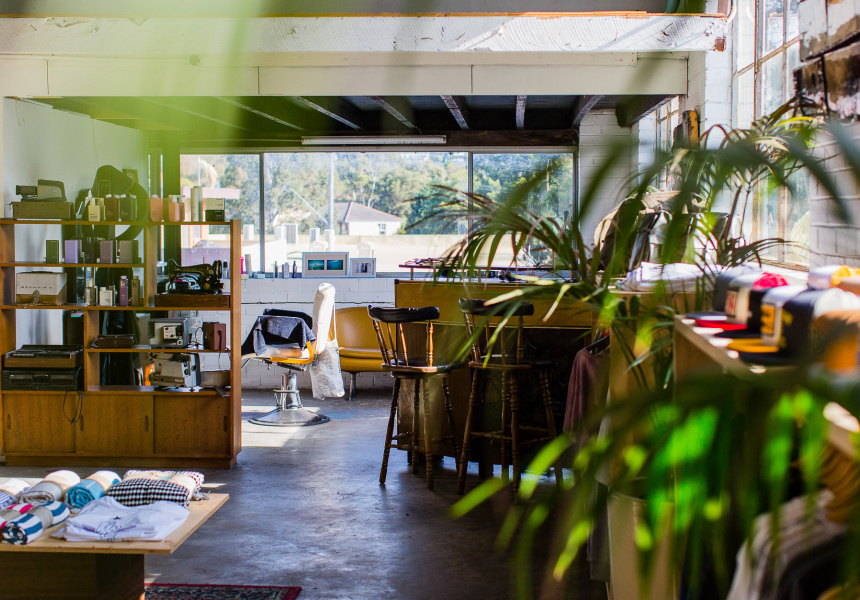 The fashion industry is no stranger to accusations of producing poorly manufactured goods. Not simply in relation to quality fabrications – though most of us have experienced the unraveling of a half-hearted seam - but in promoting the labour rights of those in the production chain, be it access to collective bargaining and industrial action, reasonable hours, fair pay or safe conditions.

It’s simple, of course, to seethe with moral outrage at the working environment faced by outsourced factory workers. What’s more difficult for young, time-poor designers is to act on their anger, making the ethical and often costly descision to pursue more sustainable production.

“I had an experience when I was travelling through the dye and print suburb where garments are made in Indonesia,” says designer Celeste Tesoriero. “The smell of the chemicals – it was so gnarly. People live there, families live there; kids grow up there. I didn’t realise, from a designer perspective, how [harmful] all of that is. The runoff from the dyes goes into the rivers and then the locals bathe in the rivers.”

When we meet, Tesoriero is perched on her work desk at Wild Things Gallery in Manly Vale in Sydney, wearing a sheer American Apparel T-shirt and pinstripe navy culottes. She’s just wrapped up her spring/summer womenswear collection, the first to utilise organic, vegan dyes created from plant extracts and 100 per cent bamboo jersey – a renewable resource. The Indonesian dye house she’s working with treats all garments by hand. Water runoff is used for crop fertilisation and trees are pruned, not chopped down. Natural processes means garment construction takes longer (“They’ve pretty much got to wash everything and dye everything about 12 times”), and it’s only possible to use them for a fraction of her collection, but she knows it’s better to start somewhere rather than to do nothing at all.

“It costs at least three-times more [to be sustainable],” she says. “As a brand, I can’t raise my prices to three times the amount – that would make my stuff impossible to retail. This is something I believe in, though. I’m not making much money off it, but at least I feel like I’m proud of what I’m doing. As time ticks along and customers want this kind of thing more, there will be more factories opening. Opportunities will grow.”

In spite of the changes to production, her Wandering Eyes collection aligns neatly with Tesoriero’s laid-back aesthetic. Even with the introduction of pastel leather ruffles, artfully asymmetrical dresses and embroidered warratahs (designed by artist and friend Mia Taninaka), the overwhelming vibe is boxy and tomboyish. Fabrics are worked hard to give a sense of ease. There’s a coastal theme –potentially inspired by Tesoriero’s two studios in Bondi and Manly Vale – that shows across hand-painted hula stripes and flowing silk chiffon shorts. “I like things that have a story behind them,” she says. “Wearing a dress that you know someone sat and painted indigo dye on top of – that is so special to me.”

Surprisingly, some of her most brilliant hues are a result of vegan dyes, traditionally bemoaned for their washed-out, neutral state (think hemp in a hippy store). Tesoriero’s viscose twills take on colours well, their slight sheen enabling vibrant ceruleans and deep blacks.

Wild Things Gallery suits Tesoriero; a giant, open warehouse that mutates to fit its tenants’ needs. It’s an ambling, ramshackle surf shop stocked with wetsuits and resin boards, an exhibition venue – a salt-soaked setting for live gigs. There’s a hairdresser who drops in periodically, reworking tresses in a dedicated salon in the gallery’s back corner. There’s a photographer and another fashion label, All That Remains, both working from their own small rooms. It’s a communal hub to flex creative muscles, outfitted with the trademark motifs of a cluttered surfer den (old vinyl, retro furniture, sheets of corrugated iron).

“I like it here because there are heaps of people around doing creative stuff, but not in a regimented or corporate way,” says Tesoriero. “It makes you knuckle down and get stuff done because everyone around you is being very productive.”

Celeste Tesoriero’s self-titled label is stocked across Australia and New Zealand.
Wild Things Gallery is found at 18B / 259 Condamine Street, Manly Vale.
It’s open to the public from 10am–5pm Monday to Friday and 10am–4pm on Saturdays.