Bringing Some Beggar Man to Bucks

With their new retail collaboration Henry Bucks and Beggar Man Thief are spanning the generations and learning from each other. 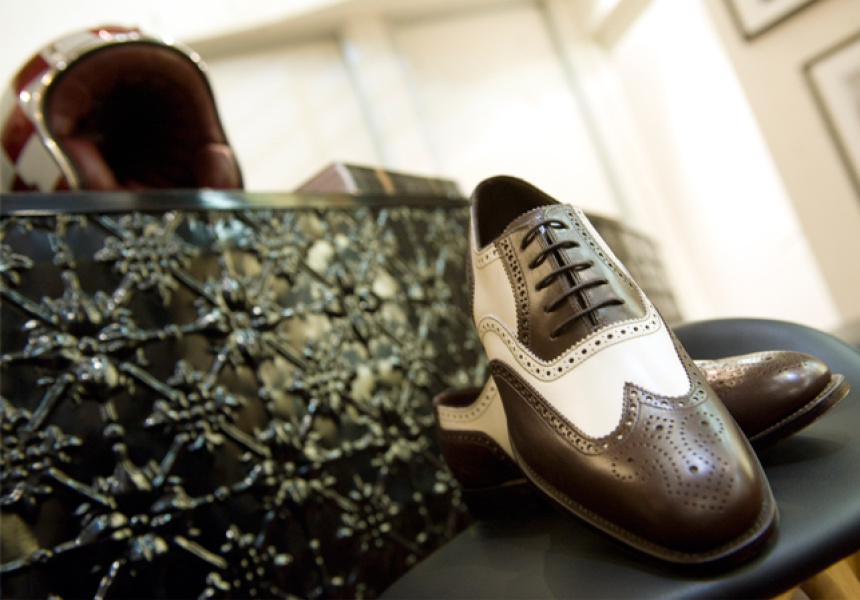 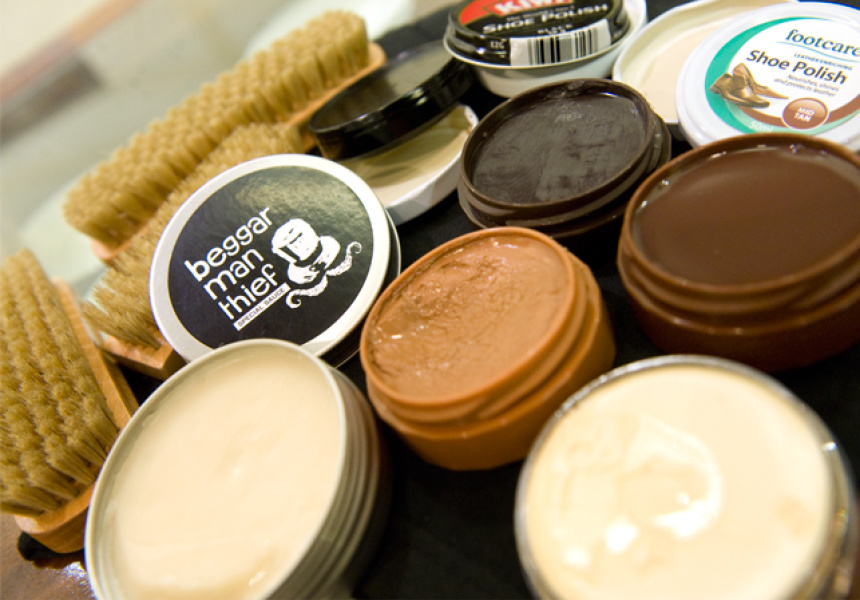 Collaborations between established brands and up-and-comers has become a major trend in recent years. And for good reason. Few, if any, Australian brands have taken this route, but then again, few possess the synergy of Beggar Man Thief and Henry Bucks, who have come together to create a store within a store at Bucks’ Collins Street HQ.

Coming from two very different times and angles, the two are nevertheless an almost perfect match. Beggar Man Thief is the upstart in the relationship; the South Melbourne store is a little less than two years old, but has already more than embedded itself into the local retail landscape. Henry Bucks needs little introduction; it’s no less than a Melbourne institution. Both cater for the discerning gentleman, who considers what he wears and is prepared to spend time and money on the process.

For Scott Lewis of Beggar Man, the Henry Bucks shop is all about the bigger picture. He sensed an opportunity that if he could capture “the mainstream” then “that was better than a niche accepting us”.

Of the Beggar Man experience, Lewis says, “We saw opportunities where others didn’t [and we received] a boost of confidence from selling to a market we were told wasn’t there.” He believes that several men around town were not made to feel welcome because they weren’t in high fashion or in need of bespoke suiting – the very men who have been flocking to his store. Rule one: respect the client.

Henry Bucks is the stalwart, patriarch and mack daddy. They’ve been doing their thing for well over a century now, but change can be incremental. Few who grew up in Melbourne are without some form of connection to the store, but heritage can have a way of shaping expectations. The thing is, such a heavy past can tend to weigh down the present. Products need to be contemporised and brands injected with youth.

Stores like Opening Ceremony in the US have made this injection of youth their stock and trade. Exchanging their street cool for established kudos with the likes of Pendleton, Hickey Freeman and Gitman, OC provides the fit and style while their collaborators offer the make and quality.

Tim Cecil, merchandise director of Henry Bucks senses the future in the connection with Beggar Man, noting, “It’s a win-win arrangement, bringing new customers through our doors who will be exposed to something new and for our [existing] customer, the same.” The relationship is also a symbiotic one because there’s no stepping on toes. Henry Bucks compliments the arrangement by providing the clothes that make the shoes shine and vice versa.

What both stores want and provide is service and quality, and both offer it in spades. In a world where the Internet has made us self-purported experts in everything, nothing can actually replace experience and expertise. This is where Henry Bucks comes to the fore. On top of an extensive list of super high-quality products, there is a full repair service and an in-store shoeshine chair. The Beggar Man space showcases the top-end of the store’s product – shoes from Loake, Church’s and Grenson and the only full-service location in Melbourne for bespoke shoemaker Andrew McDonald.

So while one makes the experience casual and approachable, the other is steeped in history and perceived protocol. It’s not hard to work out which is which, but this is the benefit of this kind of collaboration. Beggar Man gains the gravitas and title and Henry Bucks the approachability. This is not to say that Henry Bucks isn’t approachable, but with such a reputation and history comes this perception and it’s hard to shake.

“We saw the integrity in the service, in the products and in the new generation at Henry Bucks,” says Lewis. The young guys who “grew up loving their grandpa’s style are starting to see or listen to what they had to say about quality in fashion, furniture or shoes,” says Lewis. These young guys want the quality and style, but times have changed and the way these things are viewed and purchased needs to as well. For Lewis, “Retail is not in a downturn, it’s in a revolution.”

The examples of Opening Ceremony, as well as Patrick Grant’s update of Norton & Sons, Comme des Garcons’ uber slick Dover Street Market and the reinvigoration of classic department stores Liberty and Barneys show that the proof is in the pudding. You can contemporise without losing what it is that makes you what you are.

The collaboration with Beggar Man Thief is an awesome start. With Scott Lewis and business partner Marc Godfrey’s enthusiasm for the product and service (just go down to their store in South Melbourne and see if you can leave within an hour), Henry Bucks have made a great call. With their history and reputation, the future seems bright and well shod.

“We do shoes and we do guys…wait, wait, that didn’t come out right!” Lewis laughs at the end of our meeting. But he composes himself. “We love shoes, we’re shoe guys.”