A Bloody Good Cause

Share the Dignity helps homeless women through their period. It’s not a thing most people think of. 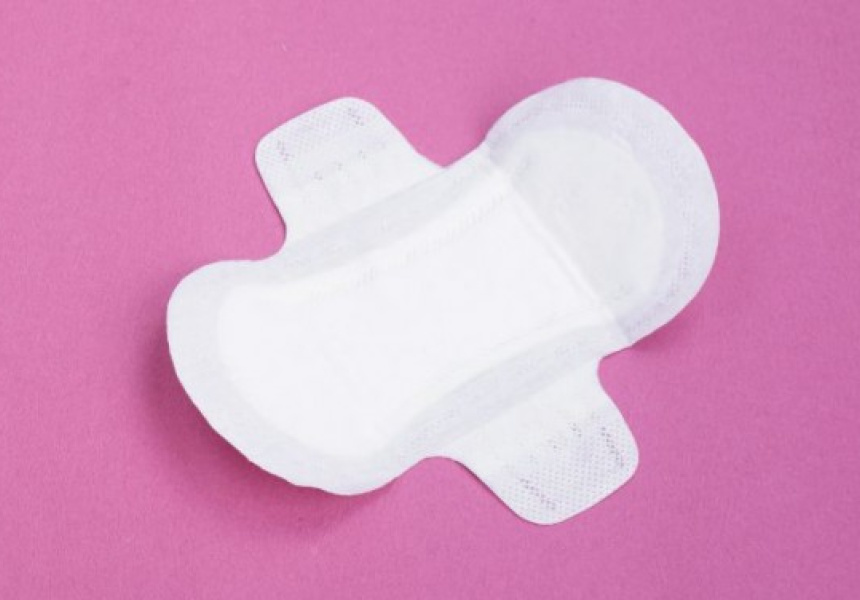 Last week someone who works at a women’s shelter told Rochelle Courtenay that women had been making sanitary pads out of old newspapers. Courtenay wasn’t surprised. But a year ago, she would have been shocked – the challenge of having your period while homeless wasn’t something she’d ever thought about. Then this week she spoke to a woman in the park who left a domestic violence situation with her five children. She is living in her car when she can’t get a spot at a refuge. Her 14-year-old daughter got her period for the first time recently, and she had to steal pads because she couldn’t afford them.

Since starting Share the Dignity in January, Courtenay hears stories like these all the time. Share the Dignity is a not-for-profit that collects donated pads and tampons and distributes them to women experiencing homelessness. It was founded after Courtenay and her then-partner in the organisation, Heather Ranger, read that women living rough would often go hungry to pay for their monthly sanitary needs. Or that they were forced to steal.

At the time, Courtenay was volunteering with Assist A Sista, an organisation helping survivors of domestic violence move into new, furnished homes. She did an initial collection of products with her immediate network. She got a local councillor to set up a collection bin in her office, then more people in her local area of the north side of Brisbane found out about what she was doing. On the last day of the collection, Courtenay organised the local scouts hall and got the message out on Facebook to bring donations there.

“We ended up with 500 pads and tampons. Then took them to homeless shelters and some went to the disaster in Vanuatu,” says Courtenay.

Once it was over, one of Courtenay’s colleagues at Assist A Sista told her that shelters were asking if there were any more. “And I said, ‘No. I suppose we better do another round’.” Then the Facebook page went crazy.

“Now, all over Australia, we have more than 200 volunteers collecting. Next year we have Fernwood Women’s Health Clubs coming on board. We have, hopefully, Coles on board,” says Courtenay.

Even Natasha Stott Despoja, Australia’s ambassador for women and girls, got in touch to ask how she could help. “It’s phenomenal,” says Courtenay. “It’s bigger than us now.”

The movement is the definition of grassroots, powered by social media and people’s genuine disbelief and outrage that women experiencing homelessness must also experience shame or distress because they have their period.

Share the Dignity has set up a school’s program for which kids do pad drives as part of their curriculum. It serves a double purpose: it acts to remove the taboo around menstruation that is the likely reason women’s sanitary products are not donated (people tend to squirm at the thought of discussing periods, so no one thinks of this as an issue). It also presents an opportunity to discuss the frightening statistics surrounding domestic violence and homelessness.

Domestic and family violence is the number-one cause of homelessness. Forty-four per cent of homeless people are women.

“People will donate shampoo, conditioner, toothpaste and toothbrushes, but they don’t donate sanitary items. Shelters tell us they’re the last things to be donated but the first things to go,” says Courtenay.

“It’s not a big thing to pick up one packet and donate it. Less than a cup of coffee, and it could make such a big difference to somebody who has just fled domestic violence and has nothing.”

Courtenay says it’s about making sure that women who are already facing tough times don’t need to ask for tampons, or steal them.

“I really hope Share the Dignity addresses that issue, and that it becomes a non-issue.”

A list of collection sites and collectors can be found here.