Fashion Week Australia gets in early for 2013 with the announcement of new dates to fit with the international fashion calendar. But not without ruffling a few feathers. 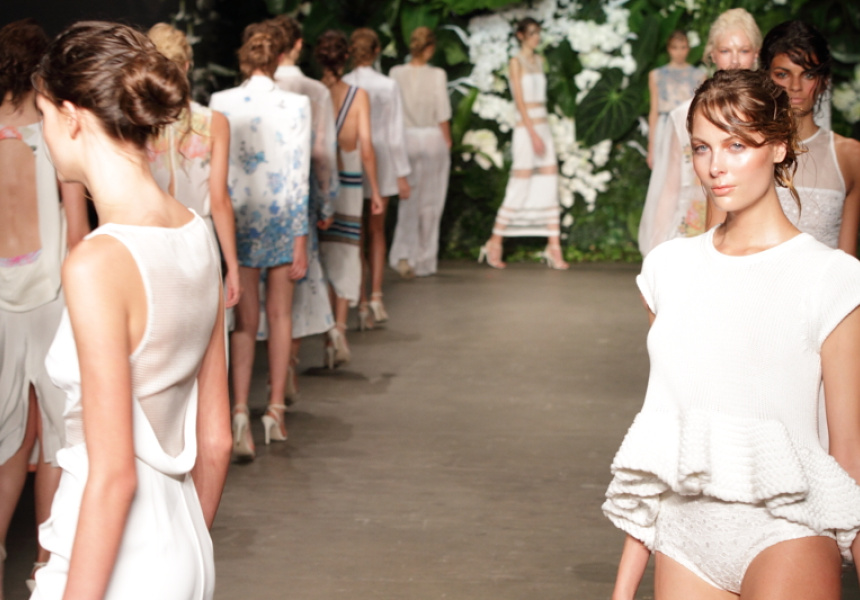 Finally, IMG Fashion, the organiser of Mercedes-Benz Fashion Week Australia has buckled under pressure from designers and industry heavyweights to shift the dates of next year’s festival to the last week of March, instead of its current dates early May.

Over the years, many designers have been vocal in their disapproval of the May scheduling, but this year the withdrawal of Dion Lee and Josh Goot, both of whom cited scheduling difficulties, appears to have finally prompted some action. The new dates will allow for a more realistic delivery schedule that is in line with the international fashion calendar and will allow designers to be more competitive.

Retailer Belinda Seper has welcomed the changes, saying, “I am greatly relieved that this important initiative has finally been introduced. It’s going to have an enormous impact on sales for local designers, who for too long have been delivering their merchandise into stores far too late into the season to allow them to adequately compete internationally.”

IMG Fashion said the changes would also include aligning MBFWA with key trade shows such as Premiere and providing year-round support for designers, who will be showing cruise and resort collections.

In an official statement, IMG Fashion said it will “coordinate a schedule of presentations to promote designers who will be showing at this time and will utilise its global platform and industry toolkit, including The Portal, to give designers the unique advantage of using the same resources as those available at a centralised venue.”

The changes are a result of ongoing talks with industry representatives, and with another survey in the works set to prompt more discussion, IMG Fashion seem intent on not only responding to the industry’s every need, but also dominating every element of designer activity.

But despite this strategic move to streamline Australia’s fashion industry shows, not everyone is so happy with the new dates, particularly since it clashes with the L’Oreal Melbourne Fashion Festival’s consumer event in Melbourne, also in March.

Graeme Lewsey, CEO, L’Oréal Melbourne Fashion Festival says, "LMFF firmly believes there is enough room in the calendar year for IMG's business to flourish elsewhere… Dividing designer and media attention does not make sense. We should be working together to strengthen Australian fashion on the world stage, which is what it’s all about."

Though dates have not yet been finalised, designers can expect to receive a new prospectus in early September with more “exciting announcements” to be made around Mercedes-Benz Fashion Festival Sydney in August.

However the move pans out, we think there's space for both the consumer-focused LMFF and the more traditional trade show-based MBAFW on the Australian fashion calendar.