Day one on the runway sees bright colour, draping and floral prints with Manning Cartell the top pick of day one and Ksbui well over capacity. 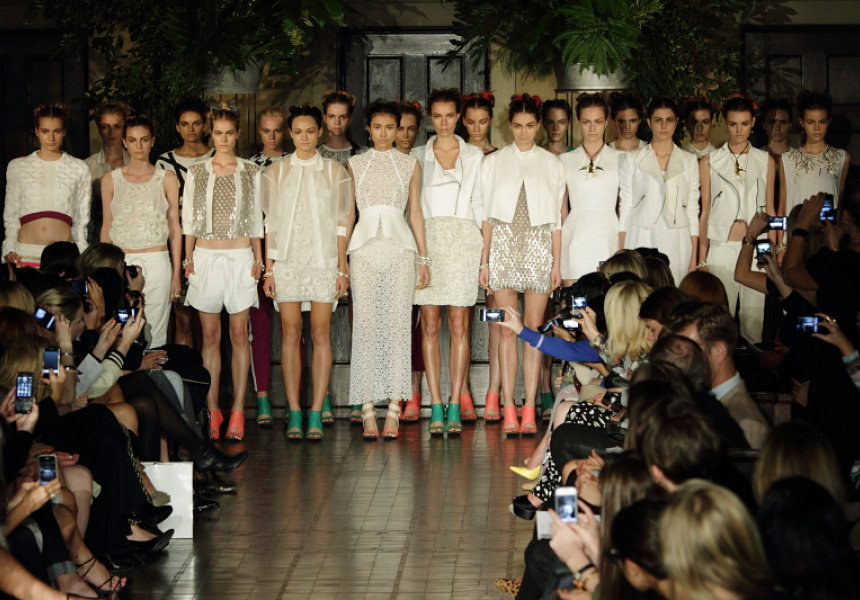 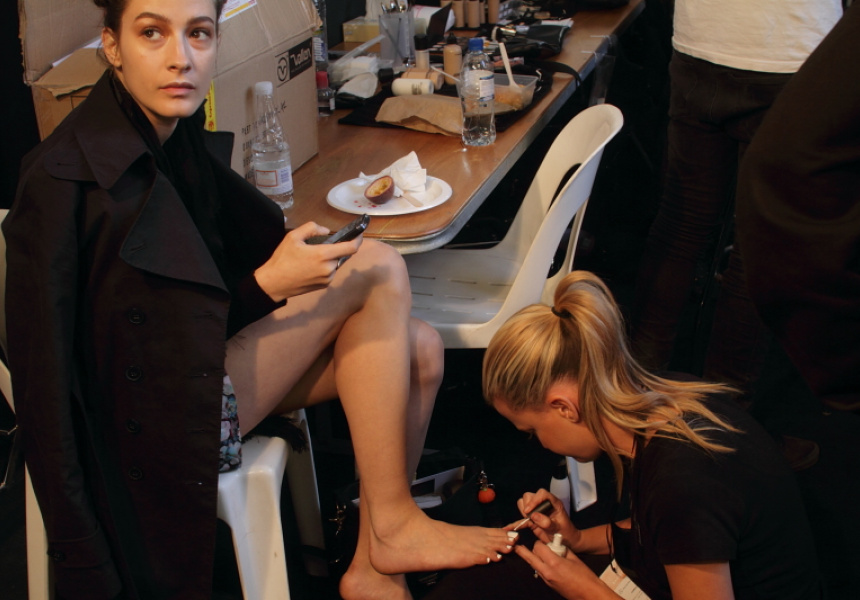 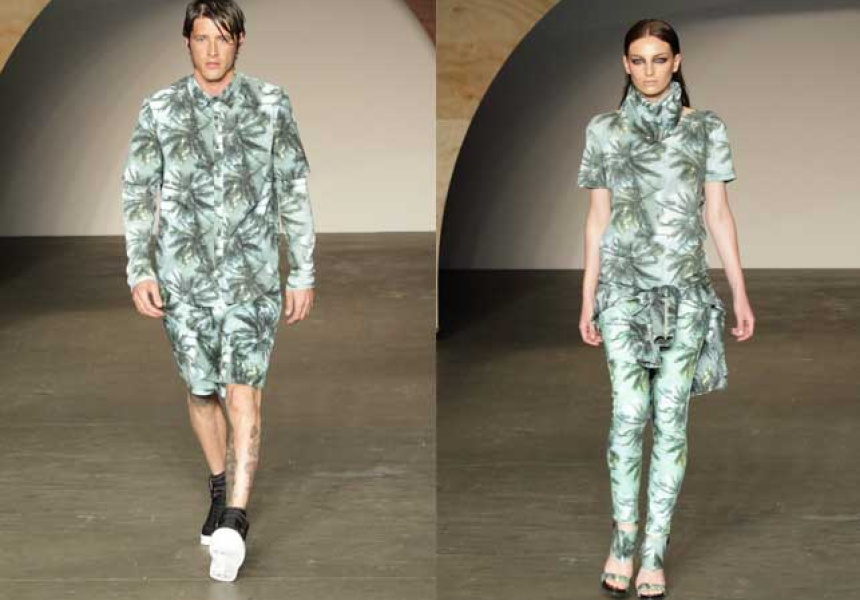 Kicking off our first day of MBFWA was Australian’s goth princess Gail Sorronda. Showing in The Box suite, designer Gail Reid presented a surprisingly commercial spring/summer 12-13 collection. The black-and-white aficionado is known for designing beautifully constructed, yet not-so-consumer-friendly, creations that border on costume. Instead, the usual bulbous shapes were replaced with relaxed silhouettes, embellishments and details were minimised, and showpieces were exchanged for wearable separates.

What was most surprising, though, was Reid’s use of colour. There were whispers that the designer had experimented with shades other than black and white but the amount, and the intensity, of the colour Reid used was unexpected. There were bright polka dot flairs, lime silk shirts, dresses with thick green, pink and yellow stripes, and a burnt orange dress with contrasting lemon sleaves.

The move into brighter, more commercial, horizons follows Reid’s effort to establish her label overseas. The Brisbane-based designer is held in high esteem over in Europe – Karl Lagerfeld has praised her, she is stocked at Dolce & Gabbana's Spiga store, and it was no other than Anna Wintour who suggested Reid should use more colour. And while it does seem like a sensible direction for the label to take it did feel completely foreign to Reid’s previous work and it will be interesting to see what her dedicated fan base will make of it.

Next up was drape master Gary Bigeni. Over the last few seasons Bigeni has been expanding his repertoire from draped figure-hugging jersey dresses to include tailored separates. The designer has also been experimenting with colour and prints – moving away from the warm-honey hues that once defined the label. This showing had Bigeni continue along the same path.

Sticking to his preppy roots, Bigeni’s spring/summer 12-13 offering was slick, sophisticated and feminine. Trousers and shirts dominated the runway, while draped dresses took a backseat. A gathered tulip skirt was a standout and really showed the breadth of Bigeni’s skills. The lightweight cropped jackets with sheer sleeves are sure to be a favourite with buyers, as are the skirts with leather panelling.

Bigeni – an eccentric dresser – says he is unlike the clothes he creates. But the bold geometric prints and bright colours that snuck their way into the collection hinted that perhaps Bigeni might just start channelling a bit more of his own style.

Following Gary Bigeni, Manning Cartell presented their spring/summer 12-13 offerings in a picturesque church in Darlinghurst. Without the show notes you would never guess that Mexican artist Frida Kahlo was their source of inspiration. Expecting a festival of colour, texture and layering, the three Manning sisters instead offered a luxurious sports-inspired collection. Elegant knee-length dresses had racer-backs while sheer silk bombers were worn over bandeaus. There were cropped white sweaters, drawstring trousers, tiny shorts and zipper details. These athletic undertones sent Manning Cartell in a promising, more youthful direction.

Still, there was the brand’s signature use of texture but it felt more concise than previous seasons. In the past, the sisters have placed emphasis on each piece as an individual without really considering how it fits into the collection as a whole. However, this time the variety of fabrics and repeated embellishments worked to unify the collection. A fantastic floral print also ran throughout the looks and added to this sense of consistency.

This was one Manning Cartell’s strongest collections to date and was without a doubt the highlight of the day.

To finish the long day off were Ksubi. Yet in the true nonchalant spirit of the denim brand their large posse and elaborate set meant that at least a quarter of invited guests were told they couldn’t attend because the show had reached capacity. So unfortunately we were unable to review this collection and the pictures will just have to do the talking.