Even from afar we can feel the Tremors of Arnsdorf's new collection, inspired by the Icelandic volcano eruption. 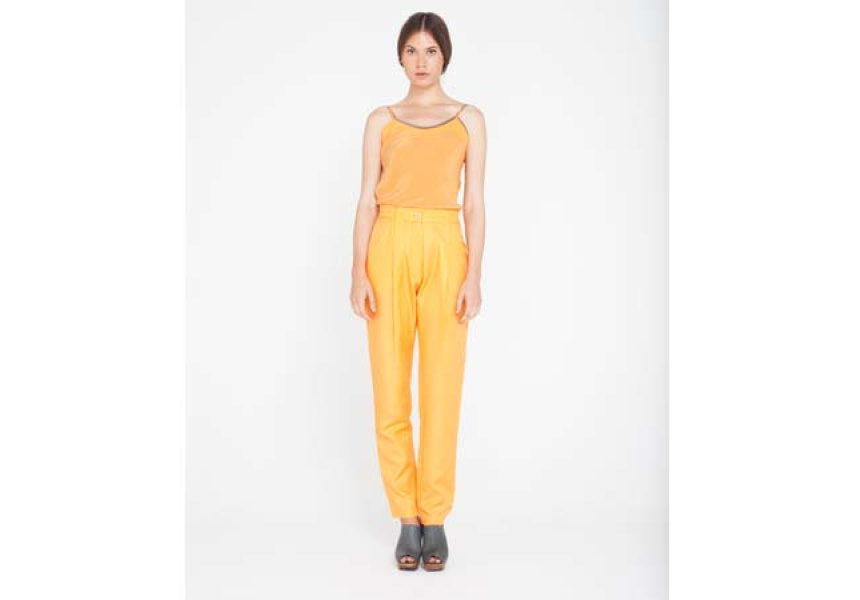 Local darling, Jade Sarita Arnott of Arnsdorf packed up and took off to the big smoke, relocating to New York City early this year. With a new manufacturer on board, and a collaboration with New York print studio RoAndCo, the decision to move payed off with Arnsdorf receiving rave reviews internationally for the spring/summer 10-11 collection, Opticks. Offering Broadsheet a preview for autumn/winter 11, it is clear that despite moving cities, Arnsdorf’s distinct aesthetic remains strong.

Titled Tremors, the collection draws inspiration from the Eyjafjallajokull Icelandic volcano that erupted in May. A colour palette of fiery oranges, reds and yellows, along with smoky purples and greys echo the visually stunning eruption, while blues evoke Iceland’s cool setting. Sheer fabrics suggest plumes of smoke and silks give the impression of smooth, glowing lava.

Loose pants, wide-legged suits, and dresses with uncomplicated silhouettes recall ’70s styles—an era that has become integral to the label, having played a prominent role in each collection since Arnsdorf’s inception.

Arnott – who is known for her penchant for pastels – tries her hands at brights this coming season, a venture that is sure to pay off with the colour-blocking trend swiftly gaining momentum. Favourite Arnsdorf looks return including a mauve monotone pant and shirt combination. The collection also features accessories – suede envelope clutches and a black backpack – a first for the label.

Last week it was announced that Arnsdorf had been selected as a finalist for the L’Oreal Melbourne Fashion Festival’s 2011 Designer Award, reaffirming that despite relocating abroad the label is still very much an Aussie favourite.