Ana Diaz has come along way since she debuted at LMFF last year. We caught up with the whimsical designer to chat about chain stores, Japan and 70s horror films. 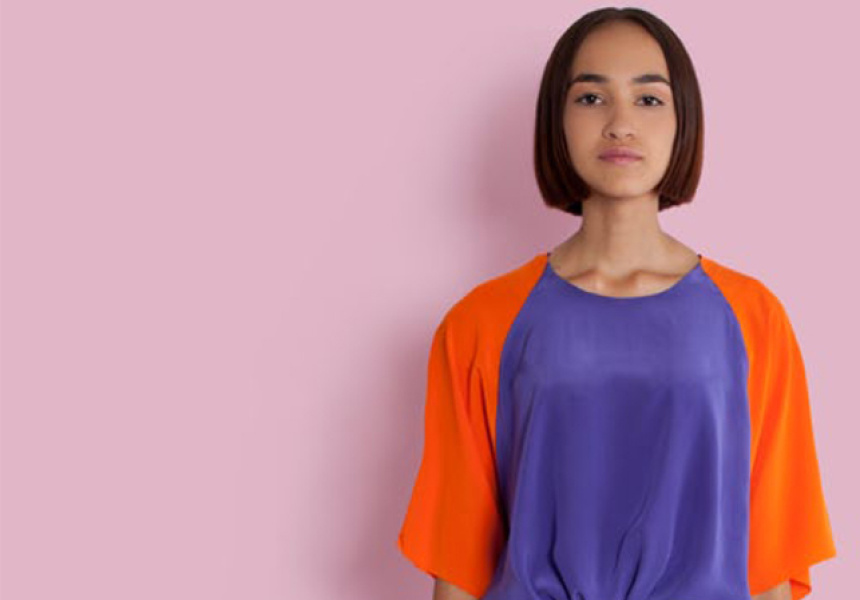 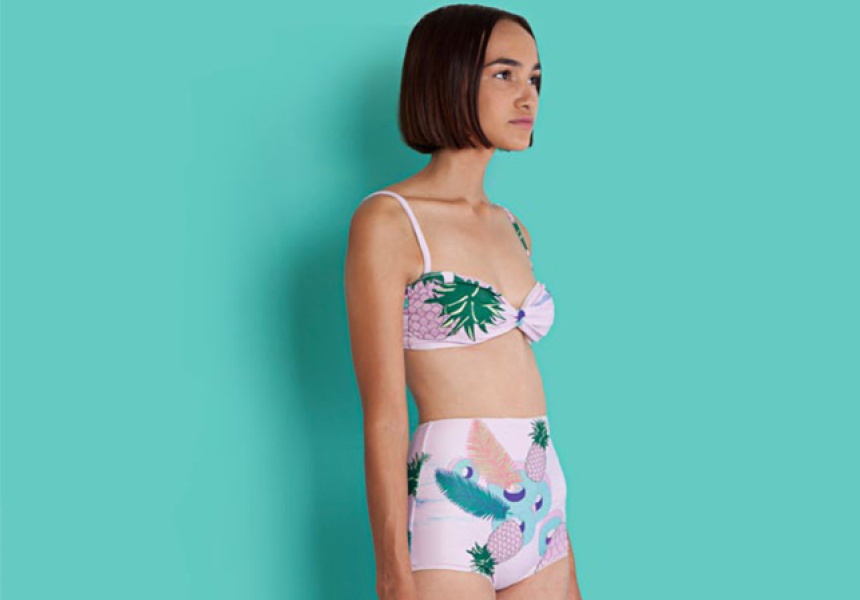 Brisbane based designer Ana Diaz isn’t your typical Gen-Y kid. She spent most of her formative years as a nerd with her head in a book rather than in a chat room. Although she has a head for numbers she chose the rocky but rewarding creative industry path and whilst her peers are adventuring overseas she’s back home in Mt.Coolum, preparing to launch Edo Tropico, the SS2012 offering from her eponymous label Diaz.

It is an inherent instinct to go her own way that brought the 25 year old to the helm of a successful upstart fashion brand.

Considering that before undertaking a double degree in fashion and business at Queensland University of Technology Diaz’s sewing career was largely limited to, “making my Barbie clothes while mum was sewing matching dresses for my younger sister and I,” the label’s steep uphill trajectory is all the more noteworthy.

“Even through most of my studies I never thought I'd go into design, but in my final year and post graduation everything was pushing me in that direction so figured, who am I to fight it?” Says Diaz.

It was a leap of faith that paid off. Diaz’s graduate collection debuted at LMFF as part of last year’s Graduate Showcase and it caught the eye of Sportsgirl’s headhunters who selected her to participate in their mentorship program The Graduates.

Decked out an unlikely but somehow perfect ensemble including a last season Diaz navy blue shirt, Lonely Hearts long pleated dress, Vivienne Westwood moccasins, a Kmart hoodie and one lone cactus earring (the other got lost on a recent campaign shoot), Diaz would not have described herself as a chain store enthusiast before the collaboration.

“I had this inherent guilt attached to it because it (chain store shopping) is obviously a threat to me as a designer. However working with Sportsgirl completely shifted my point of view...Not all of them are this great of course, but companies like Sportsgirl and Topshop really tick all the boxes... price, quality, and cool factor. It was a complete game changer for me, and definitely gave me the boost I needed to take Diaz that step further.” Says Diaz.

Just like the designer herself, the soon to be available Edo Tropico collection is refreshingly diverse—a kaleidoscopic explosion of fruits sliced into organic, wearable shapes inspired by the first Hawaiian settlers in Japan, a group that Diaz was compelled to research after a recent trip to the land of Hello Kitty, Pocky sticks and sushi. Personal experiences are at the heart of all of Diaz’s work.

“[It] comes down to what is happening in my life at the time.” Says Diaz. “With every season I try to take a more organic approach to inspiration…the vision will come to me when it’s ready.”

These “visions” previously resulted in her second collection Misteria, an assortment of bomber jackets, flouncy pastel skirts and pants that played with proportion, all dreamed up after Diaz developed an obsession with the 70’s gory Italian horror film genre, Giallo.

“I was getting into cheesy horror, but in particular, falling in love with the strong female characters that usually fooled everyone and ended up being the unlikely murderess' all along! They have a bit of an Audrey from Twin Peaks vibe to them,” enthuses Diaz.

Aside from B grade femme fatales, the designer’s muses include Harry Potter’s wispy and mysterious love interest, Luna Lovegood. “She has a great-alliterated name, is a complete nutcase, doesn’t care what other people think of her and in the end was very brave.” Says Diaz.

Not a surprising source of inspiration for a designer prone to taking grand leaps of faith, who peppers her conversation with the magical— she describes how the “stars aligned” for the shooting of the Edo Tropico campaign and alludes to leading a double life as a tarot card reader.

We don’t mean to be superstitious but we’re sure we’ll be seeing Diaz around every unexpected corner very soon. Just like magic.

Diaz is now stocked at Alice Euphemia and Dagmar Rousset in Melbourne.