Always on for Henry Holland

Boy about London town and collaborator extraordinaire, Henry Holland has come a long way since his Ramsbottom beginnings. 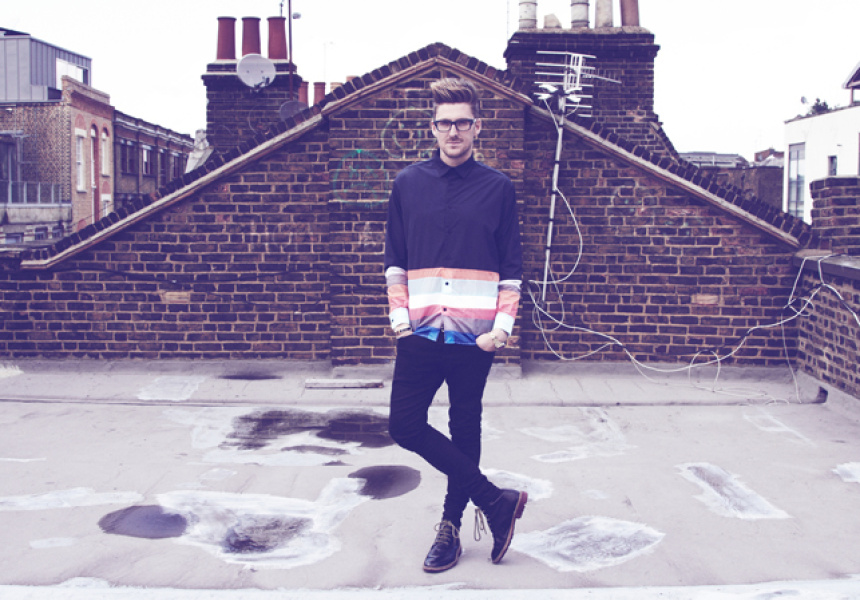 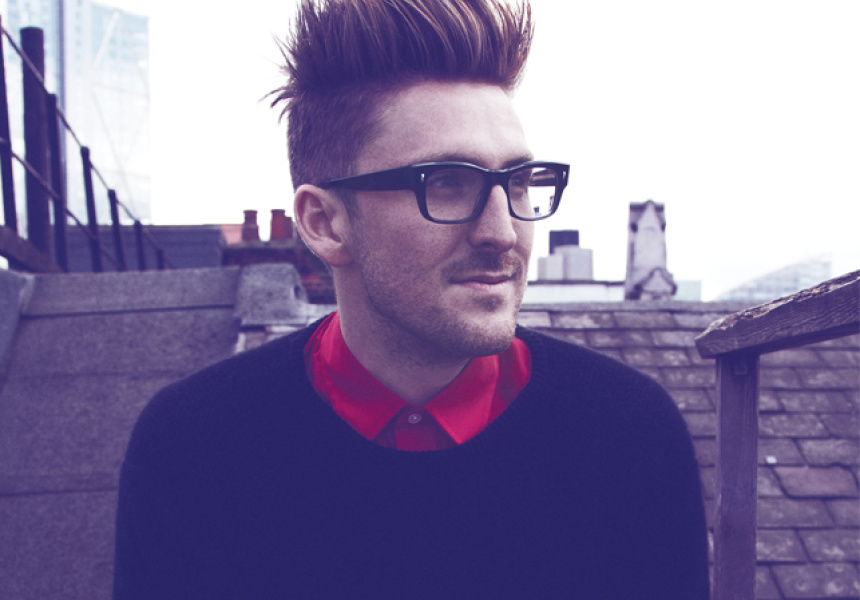 From humble beginnings in Ramsbottom, Manchester to a studio in Shoreditch and an apartment in Primrose Hill, Henry Holland has come a long way in his short time in the fashion industry. Bursting onto the scene in 2006 with his slogan tees referencing his then relatively unknown designer mates – ‘UHU GARETH PUGH’ and ‘GET YOUR FREAK ON GILES DEACON’ for two – his pieces became a stamp of fashion knowledge. Wearing one meant you were a ‘Fashion Groupie’.

House of Holland is the naughties incorporated. Its fun, bold and brash, escapist approach to design is a reflection on fast fashion and the changeability that drives the industry today. But the jump from journalist to designer, creating a label that’s eponymous with pop-culture, was as much an accident as a matter of being at the right place at the right time for the then 23-year-old, who was in town to give a presentation as part of Vivid Ideas on Wednesday night.

“I’ve always said that I didn’t do this because I wanted to get out of what I was doing before,” he says. “I loved my job and journalism was always fun, but then I made these t-shirts as a ‘what if?’ and within about three months I had to give up my job. I was shipping orders from my bedroom to Barneys in New York in the evenings and on the weekends and it wasn’t really working out.”

Holland graduated from the London College of Printing with a BA in Journalism, so understanding the fashion critics and how they react has always been clear, enabling him to be on the front foot, outsmarting those who thought he was a 'one trick pony'.

“At the time I was such a fan of fashion, which is where the t-shirts came from. Wearing them was like pledging your allegiance or showing your support for these designers who weren’t well known at the time. It was about giving a bit of a wink and a nod that you had that knowledge about the industry and also having a laugh. It was a real case of right place, right time as well. So I did a show with Fashion East and then one of the reviews from the show, which was by Sarah Mower of style.com, said ‘It’s all very funny but if he wants to keep doing this he’s going to have to think of something else because the jokes gonna last five minutes’.”

Cue the name of his first collection…

“I called the first collection ONE TRICK PONY because I was really in two minds as to whether I should be doing the same thing again – as in the slogans. As a writer I envisaged what they would say, so I said it before they got the chance. It was more of a nod to the people coming to review my show, for them to know that I get it – I know what you’re thinking, but it still works.

“The thing about the fashion industry is that people want to seem like they know what they’re talking about. People want to feel like they have a sense of humour and they’re able to laugh at themselves and [the collection] kind of played up to all those different things. It's weird. I often say about how we started that in hindsight it was a genius PR strategy. But actually in reality, there was no strategy at all. I gave Gareth a t-shirt because he was my mate. I gave them to all of my mates.”

Holland designs with a London girl in mind – an amalgamation of many people he knows. Continually inspired by the attitudes, cultures and mindsets that exist throughout London, his ideal girl is bold, outspoken, uses fashion as an expression of her personality and is, of course, humorous.

Being very much a part of the Primrose Hill set with close friends such as Agyness Deyn, Alexa Chung, Pixie Geldof and Nicola Roberts, Holland has worked closely with all of them. His most recent collaborations include his new shoe line with Superga, of which Chung is creative director and with Nicola Roberts on a new reality TV series staring Rhianna, set to run in August this year.

“[The muse] has been a big part of our label. It’s something that’s really organic and I think that’s why it worked the way it did – because it wasn’t contrived, it wasn’t pre-planned. I’ve known Agyness since we were 13 years old and I met Pixie when she was 15… [The show] is going to start airing in August and will be on for 10 weeks. Rhianna is the executive producer and me and Nicola Roberts are presenting it. It’s very similar in format to Project Runway – 12 young designers who are given a brief every week to design a special commissioned outfit for a different pop star – so they’ve worked with Katy Perry, the Scissor Sisters, Cheryl Cole, Kanye West as well as a few smaller British pop stars,” Holland says.

“I never envisaged that I’d be in this position six years after I made those t-shirts, but now that I am, I’m actually quite proud to be able to share with people the things that I’ve learnt because it's been a huge learning curve. From the minute it started it was like I got punched in the face with a company and it was hard to keep up. Within a week of me having ‘Gareth’ coming out, I was stocked in Barneys, Dover Street Market and Isetan.”

The relatively small scale of the Australian fashion industry – let alone its tendency towards cliquey hyper-elitism – often makes it difficult for aspiring designers to get their name out there. So what advice does Holland give to aspiring fashion designers or even a fashion journalist-turned designer?

“Hold your ground. I think it's really important to stand your ground and stay true to what your thing is. I think if you change your style to try and fit in with other people’s wants and needs and trends, then you just lose all your integrity and also your conviction with what you’re doing…"

“This industry is very subjective,” he says. “You’ve got to remember that you can’t please everyone.”