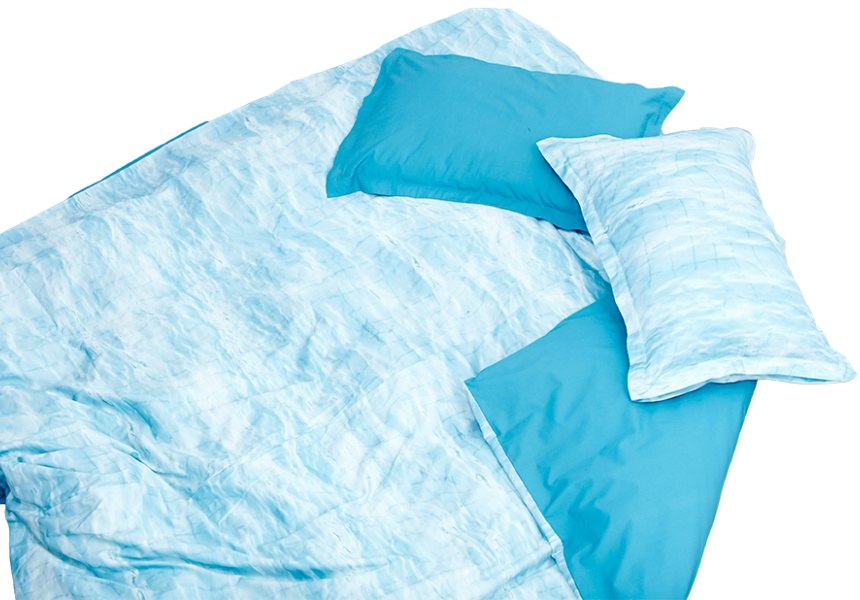 The idea behind new loungewear and bedding label PER-TIM came from Bernadette Francis and Laura Albee Barton’s desire to create a lifestyle label with fashion sensibilities. Entering the void somewhere “between Missoni and Kmart beach towels”, Francis (a graduate of RMIT fashion who has been the head buyer at Alice Euphemia for the last few years) and Barton (brand manager at Kuwaii) form a compelling new presence in Australian fashion.

Utilising Francis’s design skills and Barton’s branding and PR prowess, their debut collection, Club Bed, is a cheeky homage to Club Med during its heyday, at a time when Curacao was still a fashionable mixer. Bypassing any Eurotrash connotations altogether, Francis and Barton have honed in on the all-inclusive aspect of the resort concept.

Named after the two genes that regulate sleep and circadian rhythms, the collection includes easy-wearing, sleepwear-inspired pieces that effortlessly segue from day to night in an array of matching bedding, dressing gowns, shirts, playsuits, lounge pants and tees on a canvas of natural fibres. Club Bed is a unique take on the pyjamas-as-clothing trend that has been around for a few seasons. It is, Francis says, “clothing with pyjama references rather than pyjamas with clothing references”.

The duo have worked with Melbourne-based manufacturers and collaborators including Never Now’s Tristan Ceddia and Totem Visual’s Jordan Dolheguy to create styles and prints that invoke palm trees, banana lounges, cacti, sun umbrellas and cocktails by the pool. Combine this with the softly flowing form of a silk-crepe, kimono-style dressing gown and you really have no reason to get dressed in the morning.

The 'restoration' print creates a coolly decadent Italiano vibe - all swirling marble beauty- while 'rejuvenation', an undulating turquoise print, captures the warped effect, says Francis, of “looking through the surface of a pool". When translated to a matching doona and pillowcases it changes the meaning of diving into bed.