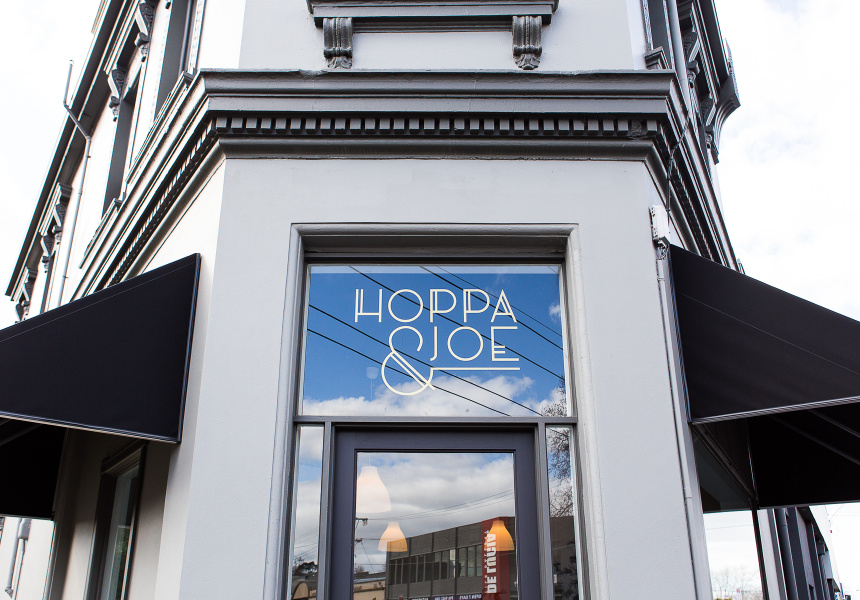 Kirsten Taylor knows that Melburnians have expectations when it comes to breakfast.

It’s why there’s an avocado dish on the menu at Hoppa and Joe. There’s also baked eggs, and a Benedict. But the avocado comes on a breakfast bruschetta, with torn bocconcini and cherry tomatoes. A thick slice of pumpkin bread is spread with duck rillettes and topped with a runny duck egg for the Benedict. For the baked eggs, it’s as much about the cheesy cauliflower and chorizo crumb as it is the eggs.

It’s the first solo venture for Taylor, who was the general manager at Chez Dré and neighbouring patisserie, Bibelot. This operation is considerably smaller, which is the way she likes it. All up there's 36 seats, with half of them outdoors.

It’s a neighbourhood cafe, so while there’s enough on the menu to sate the most critical of Melbourne’s bruncherati, Taylor wants to keep the locals happy, too. She put burgers on the menu for the mechanics across the road.