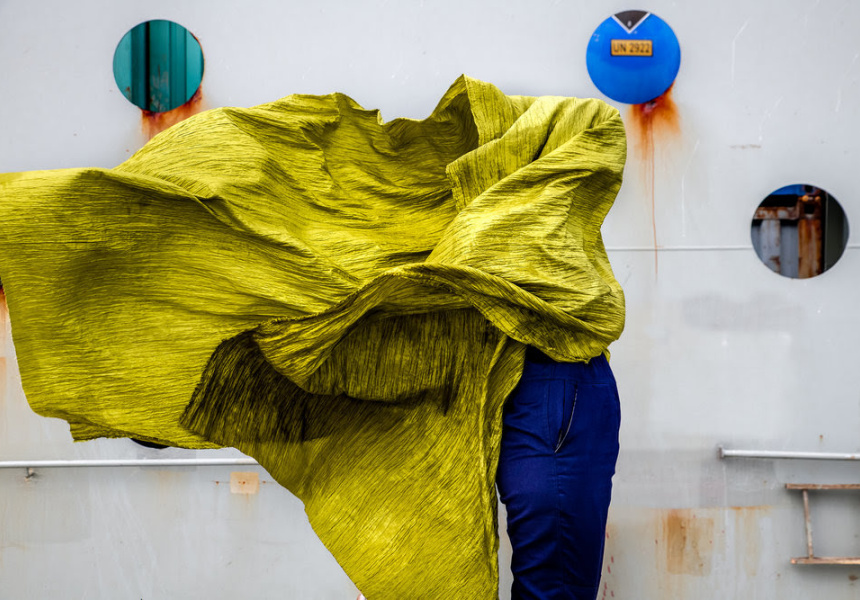 Word of Mouth originated as a pop-up exhibition at the 2019 Venice Biennale, delving into fact and fiction via propaganda, subversive street art, extra terrestrials, fake news and surveillance.

Now it’s Melbourne’s turn. From September 12 to October 26 it’s on at Grau Projekt, a 1000-square-metre warehouse gallery in Clifton Hill by Matt Bax. He’s the maverick behind Bar Americano and the world-class but now-closed Der Raum, Bar Economico and Bar Exuberante.

The curator is Dr Peter Hill, a Glasgow-born Australian artist and writer, who has been on a round-the-world lecture tour speaking about fake news since 2017. For this exhibition he’s recruited 25 artists from Australia, Singapore and Scotland.

One is emerging Australian artist Michael Candy. His Digital Empathy Device monitors live information on bombings, hazards and attacks in war zones around the world – and a statute weeps every time one is reported. It’s a sobering reminder of the regularity of these reports, and the desensitisation that occurs as a result.

Also among the works is Patrick Pound’s 10-metre-long book installation, From Darkness into Light, which is part-library, part-puzzle. The titles of each of the 54 books refer to various states of illumination (or lack thereof). And you’ll see Jon Cattapan’s The Ghosts of Analogue series, a collection of his newly developed 3D-printed works.

The experience is split into four fragments: the exhibition, a “psychogeography” art walk with Dr Hill, a drinking session at a venue announced on the day via Hill’s Instagram, and a series of lectures. Participate in as few or as many as you like.

Grau Projekt’s signature manoeuvre is artist-curated drinking – matching cocktails to the mood of an exhibition. Tickets for the opening night event, on Thursday September 12 from 5.30pm to 8.30pm, are $32 per person and include entry and a cocktail on arrival. Buy tickets here.

Entry is free at all other times.

From 1pm to 6pm Wednesday to Saturday. Mirka at the Jewish Museum of Australia 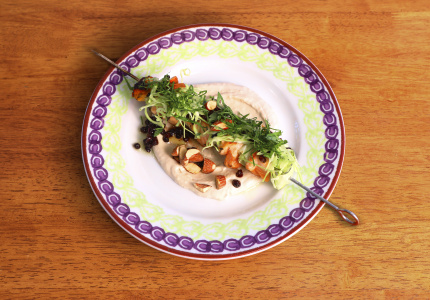