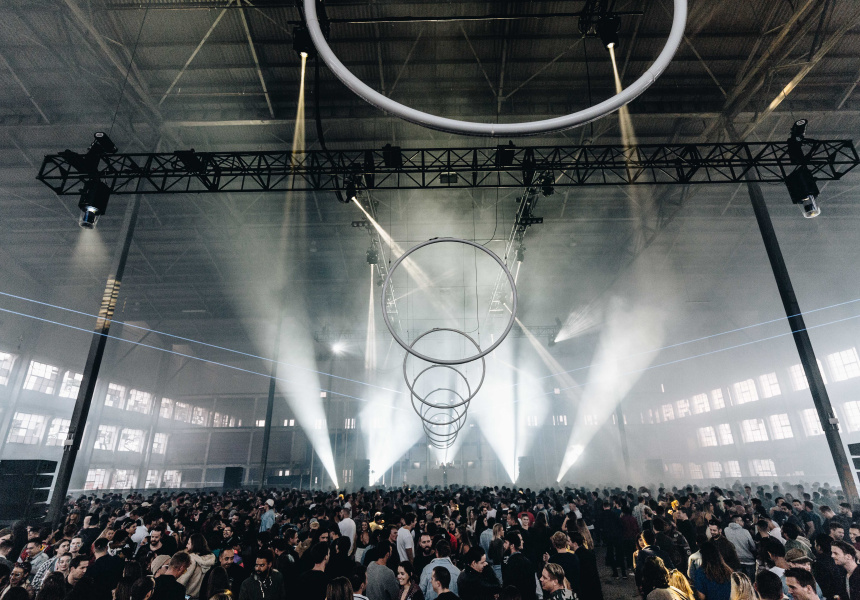 In April last year Untitled Group – responsible for the recent Duke Street Block Party as well as Pitch Music and Arts Festival and Beyond the Valley – took over a colossal 1940s warehouse in West Footscray to create a new event space, kitted out with a world-class sound system and lighting rig. The ensuing party at the Wool Store was a rave of epic proportions more reminiscent of big European events than the underground raves usually seen in West Melbourne.

Croatian tech-house DJ, Solomun, played to several thousand people in the space at the inaugural event and the second edition will be lead by an equally high profile act – DJ and producer Jamie Jones. Co-founder of wildly successful London dance label Hot Creations, Jones began his career staging parties in East London the English capital but has become popular for his warm melodic style of techno, playing to huge crowds at events like the Paradise parties in Ibiza and at Ultra Music Festival in Miami.

Jones will be supported by German DJ, vocalist and songwriter Meggy, and Australian tech-house DJs Jordan Brando and Made in Paris.