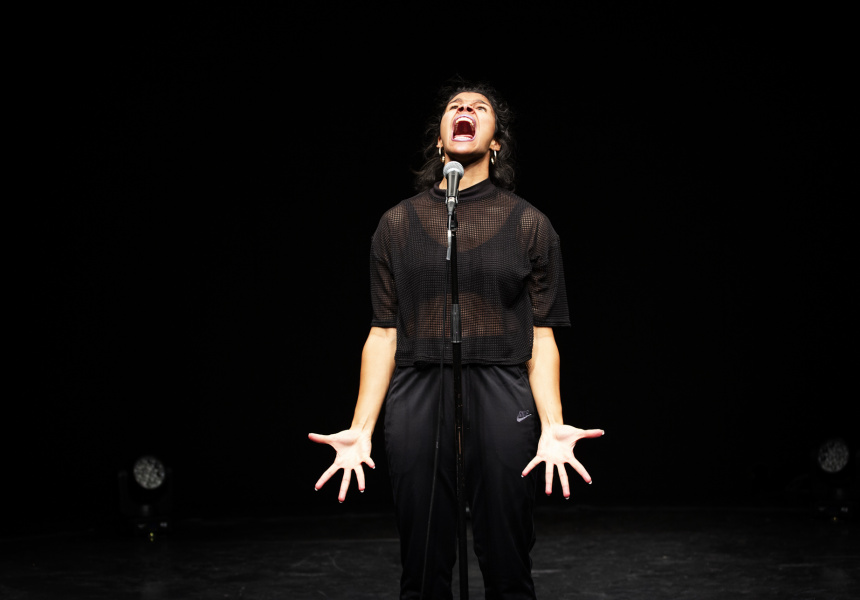 There’s an urban legend about the premiere of classic 1971 Australian film Wake In Fright. As the closing credits rolled on this brutal indictment of Australian identity, a man stood up in the audience and yelled, “That’s not us!” Actor Jack Thompson replied, “Sit down, mate. It’s us.”

The new version of Wake In Fright has just hit the Melbourne stage. And it’s still us.

The story will be familiar to many: a schoolteacher is stranded in the nowhere town of Bundayabba (“The Yabba” to locals). To fit in, he gambles, drinks himself stupid and goes on a savage roo hunt. But the Malthouse’s update is different. A lone woman, Jamaican-born actor Zahra Newman, takes to the stage to relate the whole story.

She’s the narrator, she’s the lead character, John, an outsider in the town, and she’s every resident in the town, which is a microcosm of the nation.

It’s a powerful reimaging of one of our most powerful national stories. This new version leans far more on the original 1961 novel by Kenneth Cook than the 1971 film by Ted Kotcheff, but while the story remains the same, and it’s still nominally set in the ’60s, it’s brought right up to date. Newman, who developed the play with writer Declan Greene, stands alone in the centre of the stage, aided by a score and multimedia design from Melbourne-based electronica duo Friendships, giving it the feeling of a regrettable night out in 2019 Australia.

Early in development of the piece, Newman and Greene got input from the anonymous editor of Brown Cardigan, probably the finest curator of murky and unnerving Australianness. Gifs and questionable fonts flicker across the stage as that rap airhorn sound pierces your eardrums. Lighting and projection design from Felicity Hampson confines everything into a modern, minimalist nightmare. Free Parking in the City of Melbourne Sold Out: Beci and Raph’s Feast for Freedom 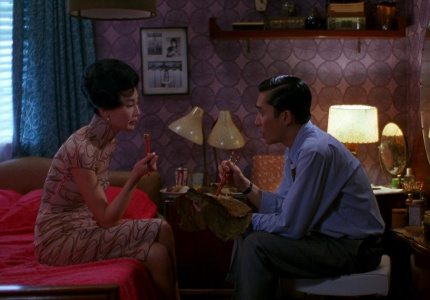