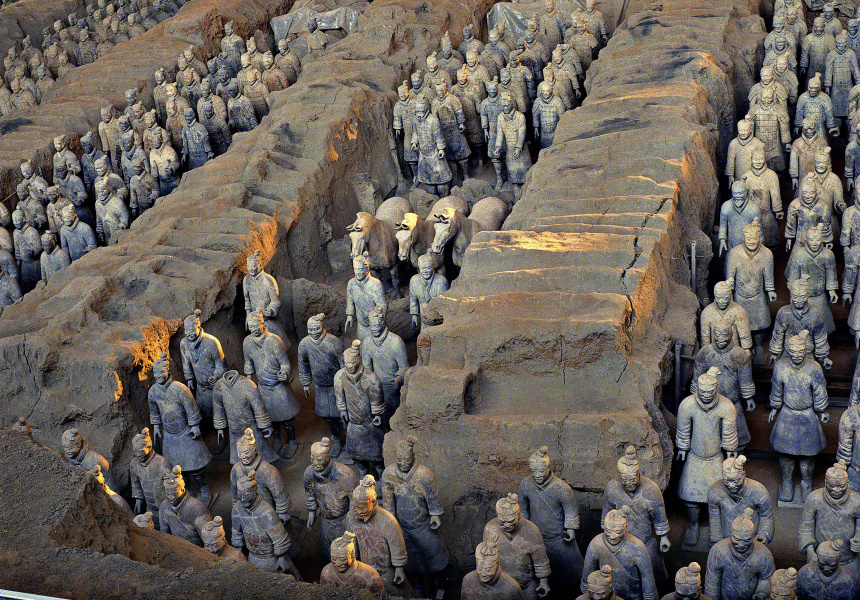 This NGV Winter Masterpieces exhibition is a rare chance to see some of China’s most treasured artefacts.

For more than 2000 years, a vast army of terracotta warriors has stood guard at the tomb of China’s first emperor. They remained hidden until 1974, when some local farmers inadvertently stumbled on the archaeological marvel. Now, a small detail is being dispatched to Melbourne.

We won’t be seeing the entire army – the Chinese excavation site contains thousands of soldiers, but only ten pieces are allowed to leave the country at a time. Eight soldiers will be on show, each one with unique features, from their faces to their uniforms. They’ll be accompanied by two life-sized horses, two replica bronze chariots, and more than 150 other archeological finds from the Shaanxi province, including gold, jade and bronze artefacts.

NGV was the first international gallery to host the terracotta warriors back in 1982. But this time, a little like the gallery’s Escher x Nendo exhibition, the curators are pairing the old with the new. The millennia-old artefacts will be seen alongside new works by contemporary Chinese artist Cai Guo-Qiang, known for his use of gunpowder in drawings, and for his live “explosive event” works.

There’ll also be sculptural pieces and installations including a room with 10,000 suspended porcelain birds hanging from the ceiling, forming the shape of the Shaanxi province’s sacred Mount Li.