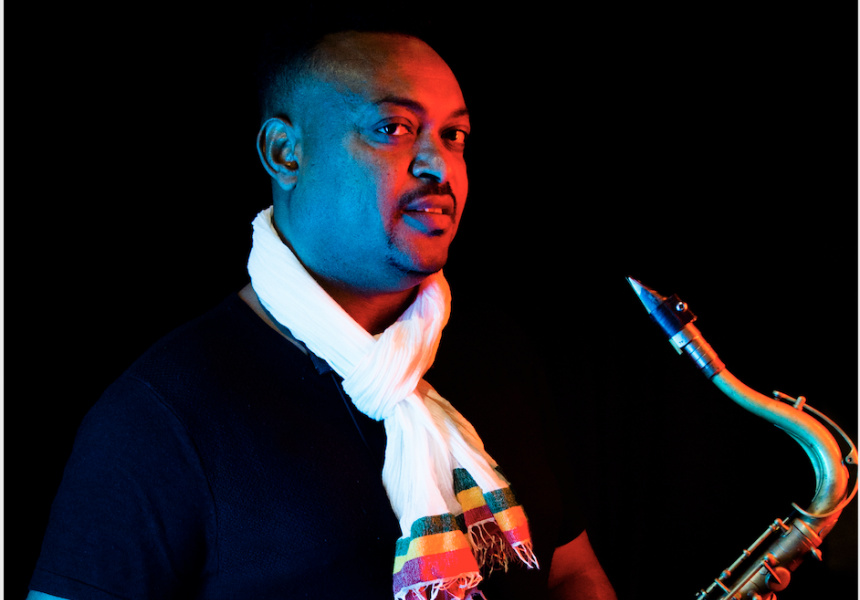 In partnership with the Melbourne International Jazz Festival, acclaimed saxophonist Solomon Sisay will perform in the grounds of Heide Museum of Modern Art this summer.

Coming to attention in Ethiopia with the Axumite Band, Sisay has performed alongside the likes of Mahmoud Ahmed, Aleymehu Eshete, Ali Bira, Tsegaye Eshetu as well as many up and coming Ethiopian music stars. Now living in Australia, he also performs regularly with the likes of Jazmaris, Lalibelas, Nhatty Man & Gara and Dereb the Ambassador. He’s also toured Europe, Middle East, Japan, Australia and New Zealand and performed at Womadelaide, Port Fairy Folk Festival and Mona Foma.

After a long live music lay-off thanks to Covid restrictions, Sisay will return to the stage in Bulleen this January when his outfit plays as part of the Heide Summer Festival. The show is presented in collaboration with the Melbourne International Jazz Festival, which over three Sundays in January sees Sisay, Nichaud Fitzgibbon and Allara Briggs Pattison bring their music to the lush green grounds of Heide.

The Heide Summer Festival runs from January 17 to March 7 at the much-loved sculpture park at Heide. As well as collaborating with Melbourne International Jazz Festival, the event sees partnerships with Songlines and Midsumma Festival, to present live acts like Emma Donovan and The Putbacks, The Deans, and Diimpa and Forest Collective, as the venue embraces live performance through summer.