The 1960s – specifically 1966 to 1970 – saw seismic shifts in youth culture, changing Western society in ways that still resonate today. Starting this April, the Melbourne Museum will look back to that tumultuous period with Revolutions: Records and Rebels, an exclusive exhibition held in conjunction with London’s Victoria & Albert Museum.

More than 500 objects will be on display, creating an immersive journey through the events and voices that shaped a generation. Designed by the same team behind the hugely successful David Bowie Is, the exhibition covers the fashion, music and art of Swinging London; cultural touchstones such as the Sunbury and Woodstock festivals; the Vietnam War protests; the Australian civil rights movement leading to the 1967 referendum recognising Aboriginal people in the census, and much more.

The music of the era receives special attention, with two John Lennon outfits on display (his classic white suit and his costume from the Sgt. Pepper's Lonely Hearts Club Band album cover), the original cover artwork sketch for the Beatles’s 1968 single Revolutions, and the handwritten lyrics to their 1967 song Lucy in the Sky with Diamonds.

There’s also a guitar smashed on stage by The Who’s Pete Townshend and Mick Jagger’s signature 1972 stage costume. Selections from the epic vinyl collection of cult radio presenter John Peel will guide visitors through the musical high points of the era.

“So many of the freedoms that we take for granted today came about because of the rebels and rule-breakers from previous generations,” says Lynley Crosswell, CEO and director of Museums Victoria. “By connecting audiences with this brief, iconoclastic period in our recent past, we hope to inspire them to consider the role they might play in shaping our future.” 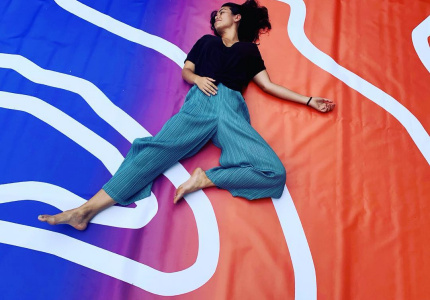