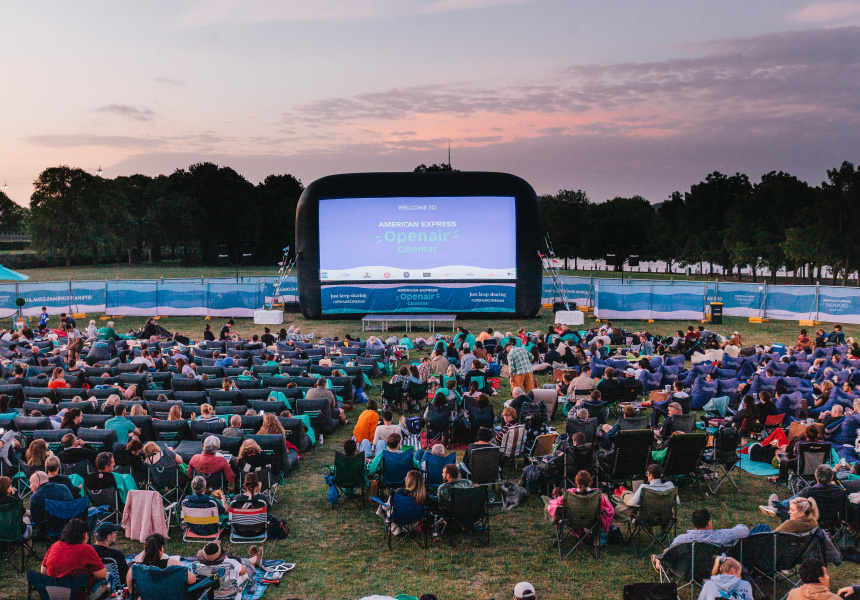 Melbourne with a program that includes everything from animation to blockbusters to vital Australian documentaries. The cinema will then move to its traditional location at St Kilda Beach in November.

The program kicks off with Quentin Tarantino’s latest, Once Upon a Time In Hollywood, which stars Leonardo DiCaprio as an actor whose career is stalling and Brad Pitt as his stunt double in a story set against the backdrop of the 1969 Manson family murders.

The American Express Openair Cinema runs from October 9 to November 3 at Yarra Park in East Melbourne, and from November 20 to December 20 at South Beach Reserve in St Kilda.