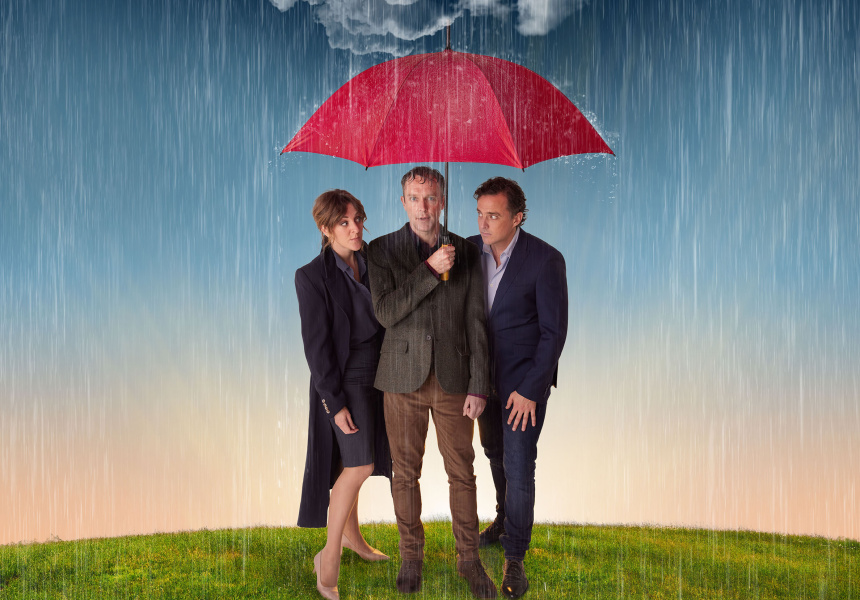 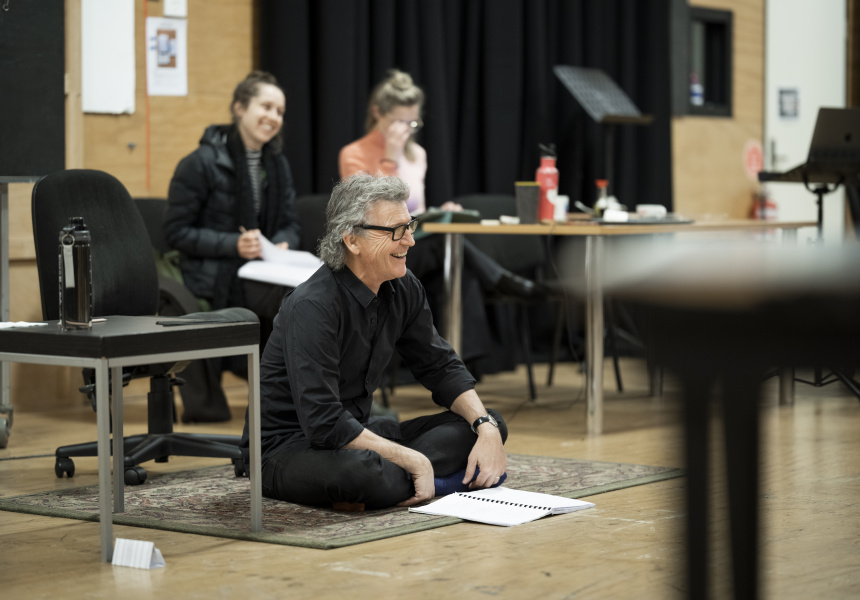 Lifelong friendships, the Great American Songbook and a relationship on the rocks are the ingredients for Melbourne Theatre Company’s funny, bittersweet new boutique musical Come Rain or Come Shine.

Directed by Simon Phillips, with book by Carolyn Burns and original songs by Tim Finn, the team behind the hit musical Ladies in Black has returned to bring audiences their new work, based on a wry comic tale by Nobel laureate Kazuo Ishiguro.

Making its world premiere on June 20 at MTC, the musical follows the lives of three best friends, Ray, Emily and Charlie, a friendship which goes back to their university days. Ray and Emily bond over jazz classics from the likes of Ray Charles, Judy Garland and Sarah Vaughan, while Emily and Charlie love each other, despite Charlie’s terrible taste in music.

30 years on and Ray hasn’t quite lived up to his potential while Emily and Charlie’s relationship is on shaky ground. Now Ray is coming to stay with the couple, and Charlie has a proposal planned that could set the trio’s relationship on its head.

Staring Gillian Cosgriff (Harry Potter and the Cursed Child), Angus Grant (Rush) and Chris Ryan (Shakespeare in Love), the newest MTC Next Stage Original runs at Southbank Theatre, The Sumner from June 20 to July 23. On June 27 and July 4, the cast will also take to the stage after the show for a live conversation with the creative team.

Broadsheet is a proud media partner of MTC.