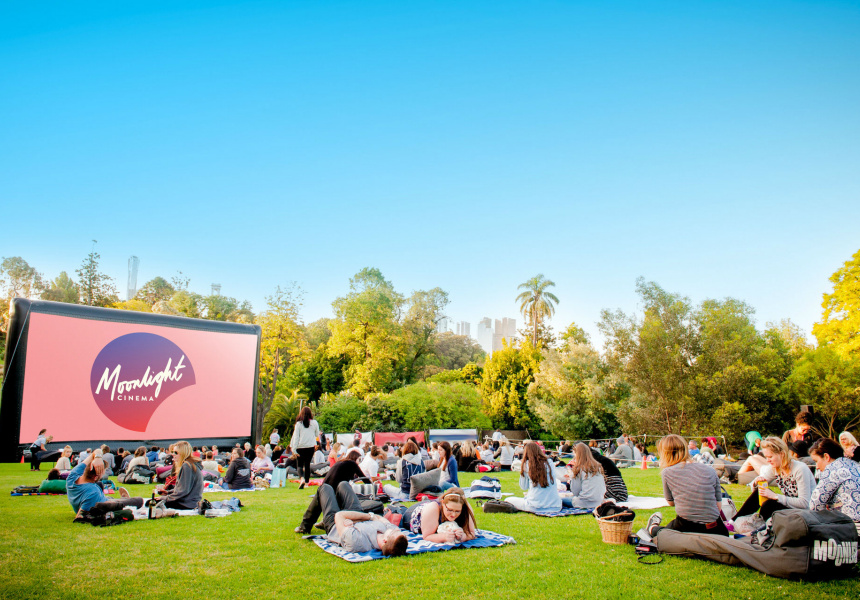 One of Melbourne's favourite outdoor cinemas is back for another season.

Starting in November there’s a mix of new films, classics and recent releases.

As well as family flicks such as such as Frozen 2 and Jumanji: The Next Level, there's a decent line-up of adult-oriented programming too.

There's Joker, the origin story of Batman's nemesis that's dividing the opinions of critics and theatre goers; new Rian Johnson-directed, Agatha Christie-style whodunnit Knives Out; and Ford Vs Ferrari, which stars Matt Damon and Christian Bale as an automotive designer and race car driver who take on Ferrari's Italian racing team in the 24 Hours of Le Mans race in France in 1966.

Also getting rave reviews is Bombshell. The film stars Nicole Kidman, Charlize Theron and Margot Robbie, whose characters take on a culture of toxic masculinity at Fox News – a mission that leads to the downfall of media mogul Roger Ailes. Theron in particular has been singled out as a possible Oscar contender for her performance as journalist Megyn Kelly.

If you're looking to dial up the romance on Valentine's Day, head to the 30th anniversary screening of iconic romance-thriller, Ghost, starring Patrick Swayze and Demi Moore. Pop some bubbly and cosy up under the glow of the big screen.

You can bring your own food and drinks (including alcohol), but for those without time to plan ahead, there is a fully licensed bar and a different food trucks each night.