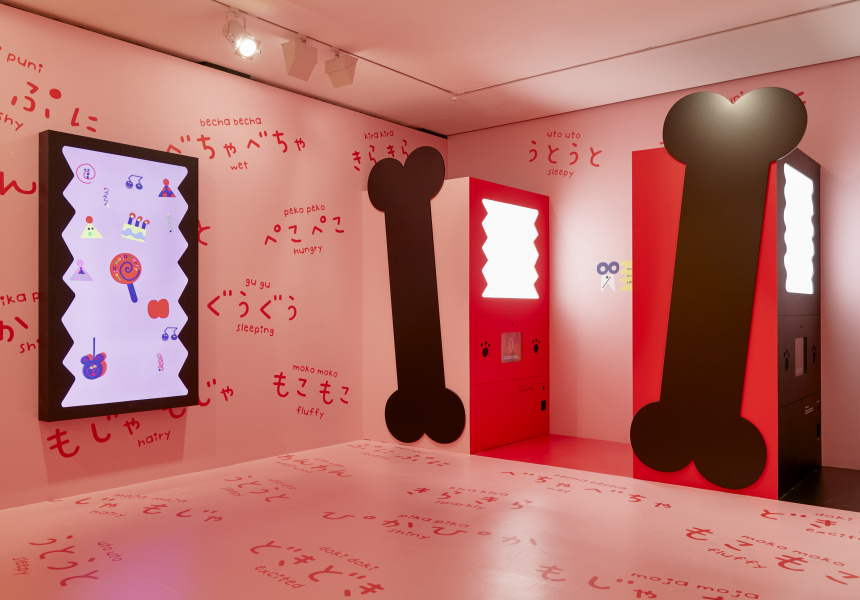 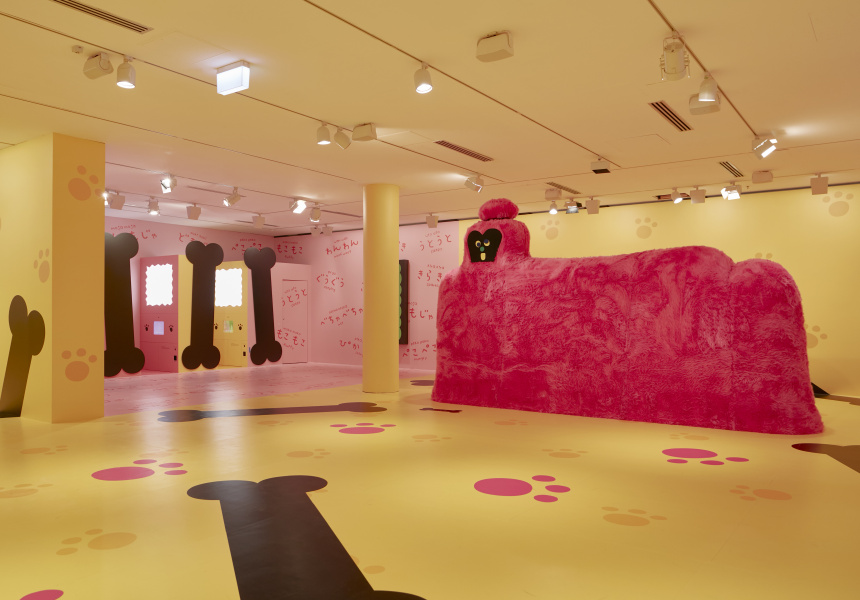 There’s Arty, a towering good boy covered in hot pink fur. And Poofy, who sports a vibrant green coat. These are just two of the memorable characters among artist Misaki Kawai’s vivid and tactile exhibition Moja Moja Life: Misaki Kawai for Kids on now at the NGV.

The Japanese-born, LA-based artist describes her style of making as heta-uma, which roughly translates to a concept of bad but good. The phrase was coined among the underground manga movement of the 1970s, but Kawai uses it to communicate that she celebrates ideas over skill or perfection, and that her cute, seemingly uncomplicated works are peppered with layers of meaning.

This world-exclusive is Kawai’s first installation in Australia. Inspired by dog parks, the immersive environment she’s created at the NGV shares Kawai’s love of mimetic word pairings, like moja moja which means hairy, and her fondness for fluffy dogs via big, bold sculptures, a puppet studio and multimedia experience.

Kawai’s mother was a member of a puppet group and Kawai regularly played with puppets as a child. She’s carried these experiences forward into her own art, creating Piko Piko Station for the NGV – a studio where young art lovers can make and record a puppet show video with Kawai’s puppets. 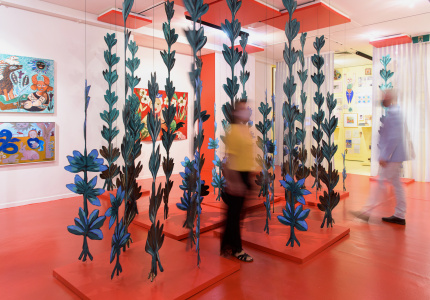 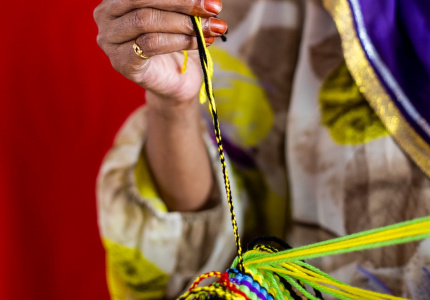