Produced by Broadsheet in partnership with Chadstone - The Fashion Capital. 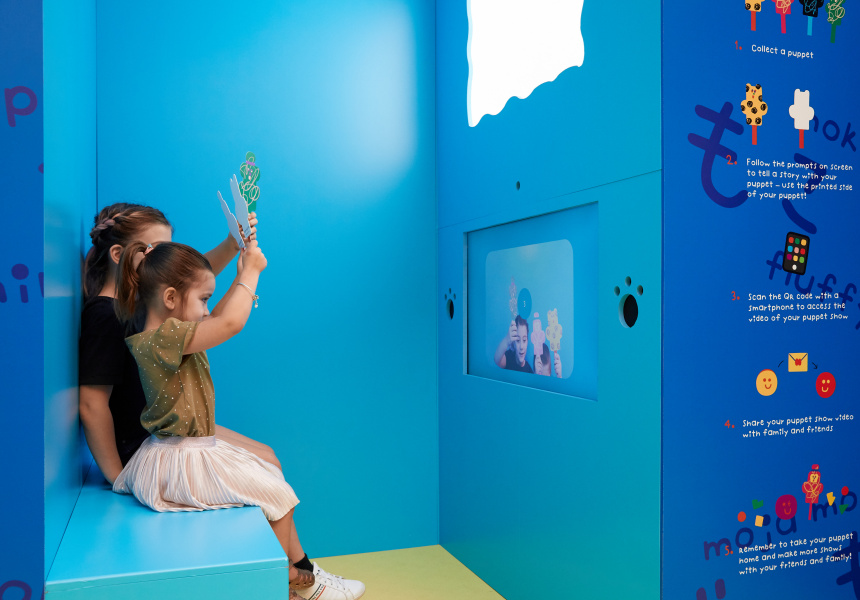 The pop-up will feature the work of Japanese artist Misaki Kawai. Presenting her playful, exuberant work in Moja Moja Life: Misaki Kawai for Kids at the NGV Triennial exhibition this December, Kawai is known for her ‘heta-uma’ approach to making art, which means ‘bad but good’ and favours expressing the original concept over perfect technique.

Located on the Lower Ground Level outside Target, children will be encouraged to create playful dog puppets, enjoy arts and craft activities, and enter an immersive augmented reality zone to add fashion accessories to their very own doggy characters.

Alongside the pop-up (or should that be pup-up?) Kawai has also created a one-of-a-kind, exclusive Chadstone Pup. Located in the heart of the centre, this large-scale puppy will be hard to miss. Visitors were invited to name Chadstone’s new furry friend in December, with the winning name revealed in January.

There will also be a competition for children to scour Chadstone for clues on where the Chadstone Pup has buried its bone. For grown-ups, there’s a chance to go in the draw to win a private after-hours highlights tour of the NGV Triennial for you and nine friends.

This article is produced by Broadsheet in partnership with Chadstone – The Fashion Capital.

Produced by Broadsheet in partnership with Chadstone - The Fashion Capital. Learn more about partner content on Broadsheet.