In July, a strange visitor is coming to Melbourne. An empty North Melbourne warehouse will be transformed into A Midnight Visit, a 36-room, labyrinthine choose-your-own-adventure experience in the vein of critically acclaimed immersive theatre works such as New York’s Sleep No More.

The initial season was due to run until September 15, but because of its first two sold-out weeks it has been extended to October 13.

It’s based on the life and works of 19th-century gothic writer Edgar Allan Poe (for a typically blood-soaked slice of the macabre, read The Masque of the Red Death). Poe’s influence can be felt in everything from Stranger Things to the work of David Lynch, and A Midnight Visit takes it all on board and scatters it across a maze of characters and plots.

The Melbourne performance is the third iteration of A Midnight Visit, after running last year in a Sydney warehouse and a heritage-listed school in Perth. Even if you were lucky enough to experience those, this promises to be quite different – each new version brings a host of local artists and collaborators. Expect different rooms, different characters and different stories.

This article was updated on November 4 to reflect the extended season dates. 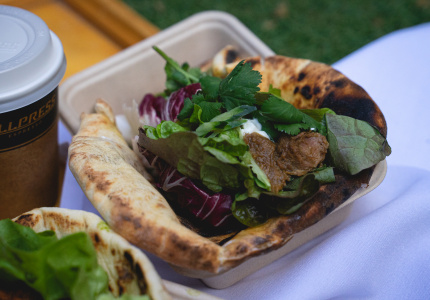