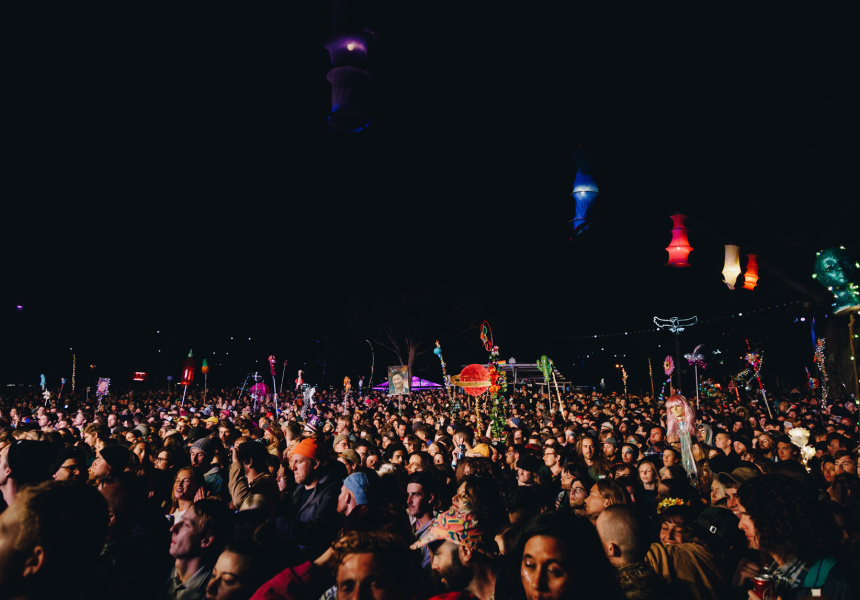 The Meredith Music Festival’s 2019 line-up is here and there’s gonna be a champagne supernova in the Supernatural Amphitheatre, with Oasis frontman Liam Gallagher announced as a late-addition headliner.

Setting the mirror ball spinning on Saturday night is left-field disco iconoclast Róisín Murphy. Although best known for her 1999 hit Sing It Back with her band Moloko, Murphy has continued to push the boundaries of disco’s legacy. This tour will be the first time in 10 years she’s brought her highly visual performance to Australia.

Five years on from Sheplife, Briggs has a new album on the way, and he’ll be bringing it to the ‘Sup on Friday Night, a well-earned headline slot for one of Australia’s most accomplished and outspoken rappers.

Heading to the darker end of the dance floor – and playing for the first time in Australia – is electro and EBM DJ Helena Hauff. The German DJ’s sets are filled with raw analogue synthesisers and dark energy, but are nonetheless exhilarating in their inventiveness.

Continuing with the old-school electro vibe is Egyptian Lover. The synth-brandishing, drum-machine-wielding LA party monster set a blueprint for Californian artists like Flying Lotus and Dâm-Funk way back in the ’80s, and the music still holds up.

There’s a strong showing of acts from across – or taking influence from – Africa, including blind South Sudanese pop star Gordon Koang (his energy is infectious, do not miss), South African gqom rapper Sho Madjozi and Melbourne’s own Ethiopian-jazz-influenced eight-piece outfit WVR BVBY.

Other stand-out locals include Julia Jacklin, Amyl and the Sniffers, Jesswar and – for a big nostalgia trip – Christine Anu. Check the full line-up below.