For decades, Ludovico Einaudi has enthralled and inspired audiences in impressive spaces across the globe. The world’s most streamed classical artist (in 2013 he became the first classical artist to sell more digital downloads than physical copies and in 2015 he became the first classical composer to reach the UK’s top 15 album charts in over 20 years) Einaudi’s work spans bestselling solo albums (including lengthy stays on ARIA’s Core Classical and Classical/Crossover charts), film and television scores, and stunning live performances in some of the world’s best-known open-air arenas.

Now he brings his spectacular seven-album series Seven Days Walking – along with four decades of genre-defying favourites – to the Sidney Myer Music Bowl for his first-ever outdoor performance in Australia.

Renowned for an ability to push beyond traditional musical boundaries, his performances meld influences ranging from neo-classical and ambient to pop, rock, folk and experimental, all anchored by his signature minimalistic piano figures. He’s a renegade in more ways than one – in 2016, he performed on a floating platform in the Arctic Ocean to raise awareness of climate change issues for Greenpeace.

Accompanied by Redi Hasa on cello and Federico Mecozzi on violin and viola, and set to a backdrop of spectacular visuals, Einaudi’s Seven Days Walking is a series of variations on a theme inspired by a walk through the Alps. It promises to be a singular evening of sumptuous music under the stars. 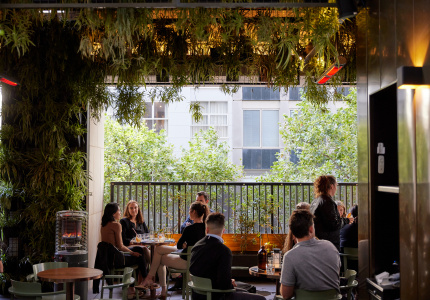