The City of Yarra’s winter music festival is back, bringing live shows to inner-city venues and taking over some unassuming locations around the area.

Gigs have always been the heart of Leaps and Bounds. Storied '80s and '90s pub The Punters Club is returning – in spirit – with a reunion gig featuring Angie Hart (Frente), Bodyjar, Dallas Crane and the Meanies at the Fitzroy Mills on Sunday July 18. There’s also a tribute show to the live music legends of Brunswick Street called Fitzroyalty on Saturday July 17 featuring the soul, funk, blues and hip-hop stylings of Dan Sultan; 1200 Techniques; and Swingin’ Sidewalks. Pop-folk band the Killjoys are taking over the Fitzroy Town Hall Ballroom on Friday July 16 to play their Aria-award winning 1990 debut album Ruby in full.

There’s plenty of Indigenous representation and celebration, with Live at Charcoal Lane serving dishes that expertly use native Australian ingredients while local First Nations musicians play intimate sets. It’s on from July 16 to 17 and 20 to 21. Outdoor concert Smith Street Dreaming also makes a comeback, with performances by Aboriginal and Torres Strait Islander artists highlighting Koorie history in Fitzroy and Collingwood.

New to the festival is The Lot, from the team behind Velodrome Events and Duke Street Block Party. It’s throwing a massive (and free) party in an unassuming car park on Abbotsford’s Victoria Street on Saturday July 24 and Sunday 25, with different genres and styles all represented.

Retro Cinema is a new outdoor film festival taking place from July 16 to 18 – pack your picnic blanket and rug up for screenings of Firestarter: The Story of Bangarra, Flashdance, Footloose and The Adventures of Priscilla Queen of the Desert. Or bust out your skates and boogie around the Collingwood Underground Roller Disco, with all-vinyl tunes featuring soul, hip-hop, house and disco.

Plus, an all-day community festival of African tunes and culture; live quiz show BlakWiz; an intergenerational dance club for LGBTQIA+ elders and allies; and gigs at vinyl stores around the area for Record Store Day. 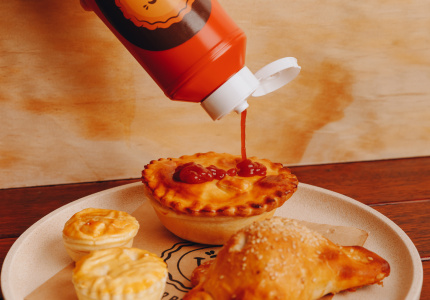