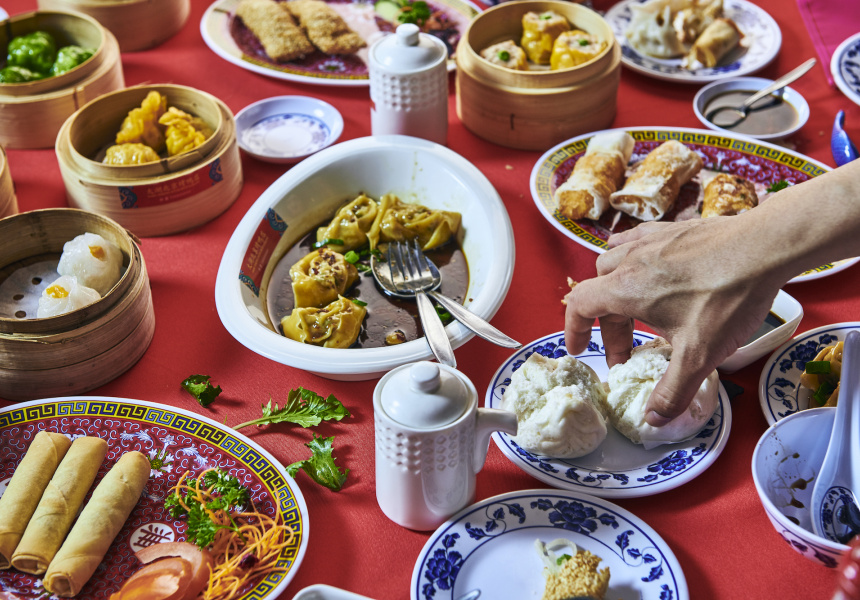 Across six days in June, Rising takes over the Swanston Room at Melbourne Town Hall for a late-night showcase of the city’s best yum cha offerings, with assistance from chef and author of Hong Kong Food City, Tony Tan.

“Yum cha is all about tea,” Tan says. “But when you’re drinking tea, you need to have little nibbles, called dim sum, along the way.”

Rising is collaborating with four Melbourne restaurants to provide the dim sum, each venue focusing on different regional Chinese specialties.

“A lot of people think yum cha is from the south but they are little items that we eat from all different parts of China,” says Tan. “This event is for people who want to taste the whole gamut of different types of dim sum available in Melbourne.”

Shandong Mama will be representing Shandong cuisine with its signature skirted mackerel dumplings with ginger, coriander and garlic chives, plus other specialities. (Eyes on the trolleys for a black squid ink variation.)

Dainty Sichuan will fly the flag for its namesake region with dumplings in chilli oil and several other chilli-spiked dishes. Crystal Jade is also on board, showcasing Shanghainese dishes. If you’re a sucker for supple steamed dumplings, don’t pass on its pork shumai and xiao long bao.

Three sittings will be available each day: 6pm, 9pm and 11pm. The latter may seem late for dinner, but Tan says it’s part of the culture. In parts of China, it’s not uncommon for people to go out for a post-dinner snack anywhere from 9pm until the very early hours of the morning.

“There’s a Chinese word for it, xiāo yè.” Tan says. “It means you go and eat just to satisfy the tummy.”

Bookings can be made for tables of two, four or six. Seatings are at 6pm, 8.30pm and 11pm. The ticket price includes two dishes from any trolley per person – everything else is purchased a la carte. 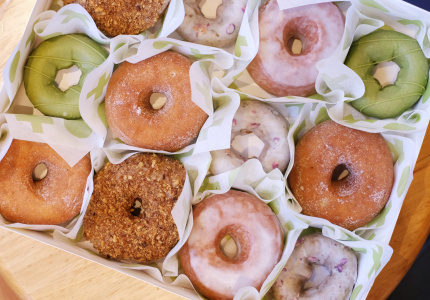 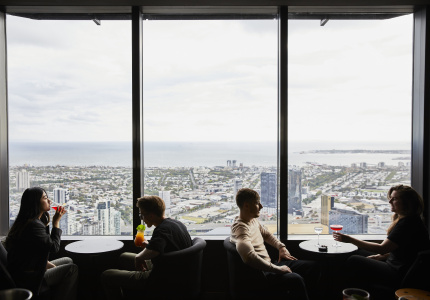