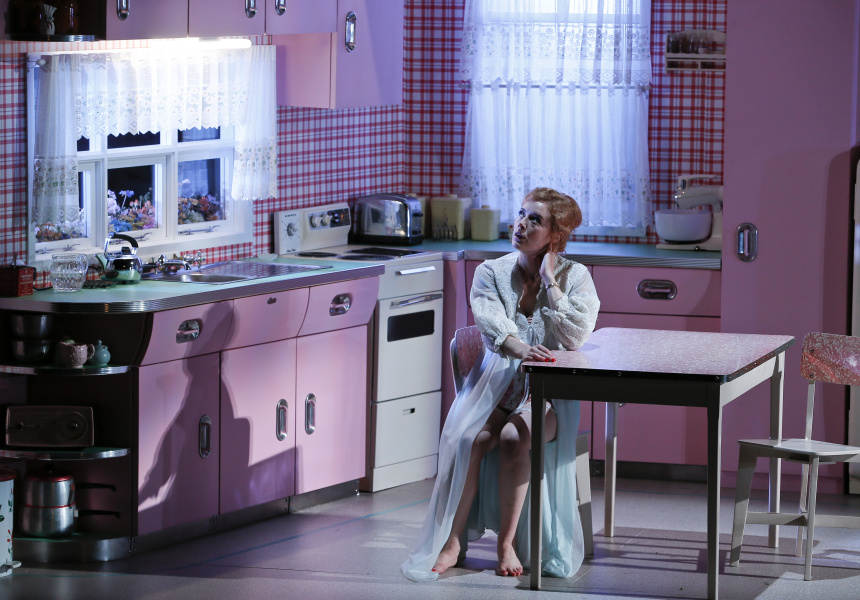 Laura Wade’s Olivier Award-winning play takes contemporary issues like the quest for perfection and turns them into timeless comedy.

Judy and Johnny live in an idyllic 1950s dream home. She’s all frilly aprons and frocks in a house that’s a riot of garish colour and retro knick-knacks. But it’s all an act: retrenched three years ago, she’s taken her fondness for retro style and turned it into a full-time obsession. Will her dream world survive the pressures of 21st century life?

Fresh from a sold-out run at London’s National Theatre in 2018 where The Times gave it five stars, Home, I’m Darling combines charmingly retro style with sharp social observations and a questioning eye aimed at women’s roles, both then and now.

More details and tickets here. All full price MTC tickets and subscriptions are 50 per cent off for under 30s.