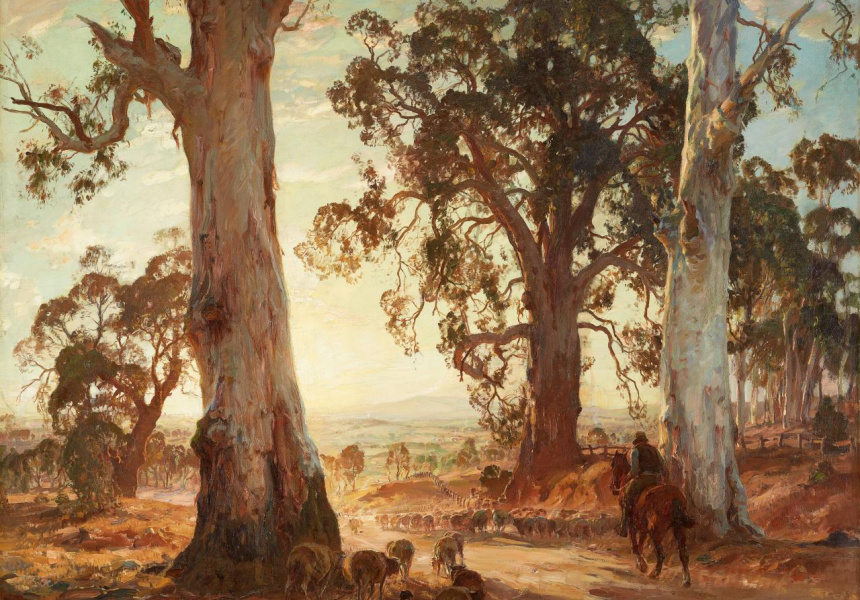 Father and daughter artists Hans and Nora Heysen will have their respective archives of work shown in an intimate new exhibition at the NGV.

One of the most beloved Australian artists of the 20th century, Hans was a German-born landscape painter who endured many setbacks during his career, including the burden of anti-German sentiment, which led to him being surveilled by police throughout World War I. As a young painter, he brought what he learned on a foundational trip to Europe back home to Australia, where he lived, worked and was knighted, before he died in 1968.

Nora was the only one of Hans’s eight children to follow in his paint-splattered footsteps and pursue a career as an artist. After shadowing her dad on painting trips around the country, Nora sold her first painting at age 19, and then she too set off for Europe to refine her focus on still life and portraiture before settling in Sydney.

Nora is remembered for breaking significant ground for generations of artists to come after her: she became the first woman to win the Archibald Prize in 1938 for her early-modernist portrait of Madame Elink Schuurman, the wife of a Dutch diplomat, and later, during a stint making sandwiches on the home front in 1943, she offered her services as a war artist and became the first woman painter to document the women’s war effort – a role she held until 1946. In the years before her death, galleries held retrospectives and surveys of Nora’s career as a painter, but this new exhibition at NGV Australia is the most extensive to date.

Reflect on the depths of the connection between this father and daughter by reading through the collated correspondence on display alongside their paintings, and see how their support of one another, and love of the nature, leapt from the page to the paintbrush.