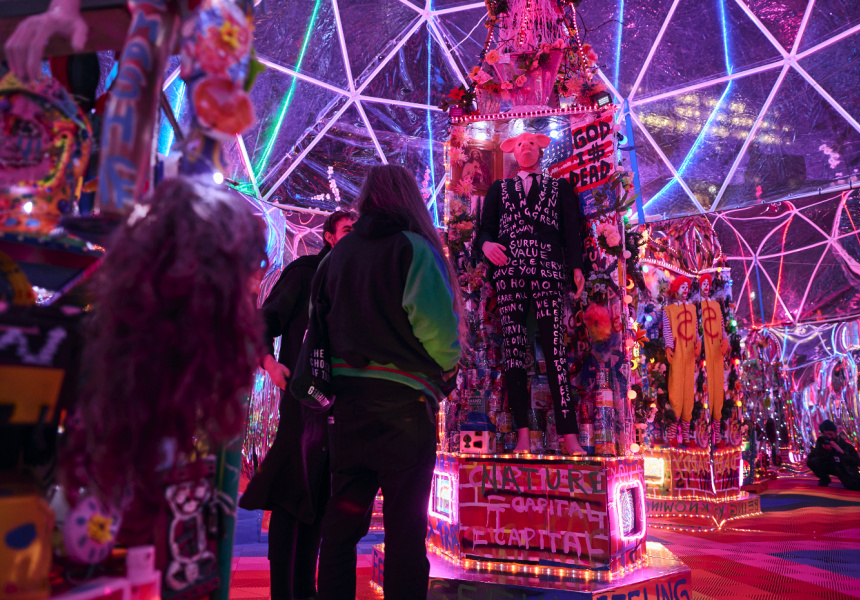 The CBD is densely populated with rooftop bars, each with their own charms and talking points. But for a dozen nights in June, a shabby Chinatown car park named Golden Square will have them all licked. For the second year running, it’s being taken over by Rising – but without Covid density limits or other complications.

“Last year we were really restricted with what we could do,” says visual arts curator Grace Herbert. This time around, the whole venue is licensed.

Visitors will collect their first drinks on the ground floor, at a small pop-up bar. From there, the low- rise concrete structure, with all its unexpected ramps, mezzanines and niches, is theirs to roam.

“It’s like a maze,” Herbert says. “It’s very explorative – you’ll have to find these different annexes with different artworks in them.”

Another significant video work comes from American artist Patty Chang. In the haunting Invocation for a Wandering Lake: Part 1 & 2, she explores religious ablutions – specifically, the ritual washing of bodies to prepare them for the next stage of existence. We see her tending a whale carcass off the coast of Canada, and later scrubbing the hulk of an abandoned ship in a dried-up inland sea in Uzbekistan.

These works could be viewed in solemn silence – or not. Drag artist Scotty So will be appearing three times a night, presenting a trio of different personas. And Jason Phu’s 30-performer Parade for the Moon will also be coursing through twice a night, with drummers and bombastic costumed spirits, dragons and other animals – some on rollerskates – paying tribute to the moon.

Wherever guests to go and whatever they choose to see, Golden Square’s rooftop is the final stop; the crescendo. Apart from possessing a larger bar passing out hot snacks, beer, cocktails and wines selected by Blackhearts & Sparrows, the roof will house Paul Yore’s epic installation Seeing Is Believing, but Feeling Is the Truth, and The White Waters, a six-hour performance piece about Tian Qiyuan, Taiwan’s first openly gay and HIV-positive student. And the surrounding buildings will be used to screen flagship video works by American icon Jenny Holzer and local rising star Atong Atem. It’ll be a real destination, made for lingering.

“We’re going to be using it as a festival artists’ bar, so it’s going to have a bit of a cosy, home base kind of feel,” Herbert says. 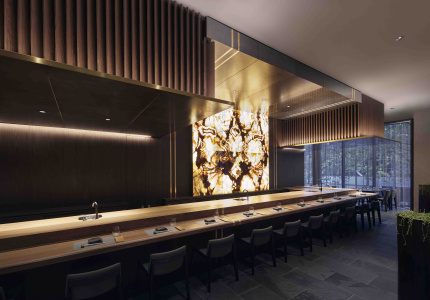 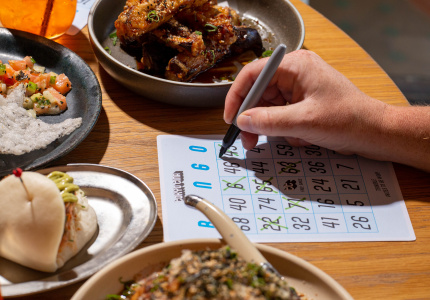